Past winners of the Calibre Essay Prize 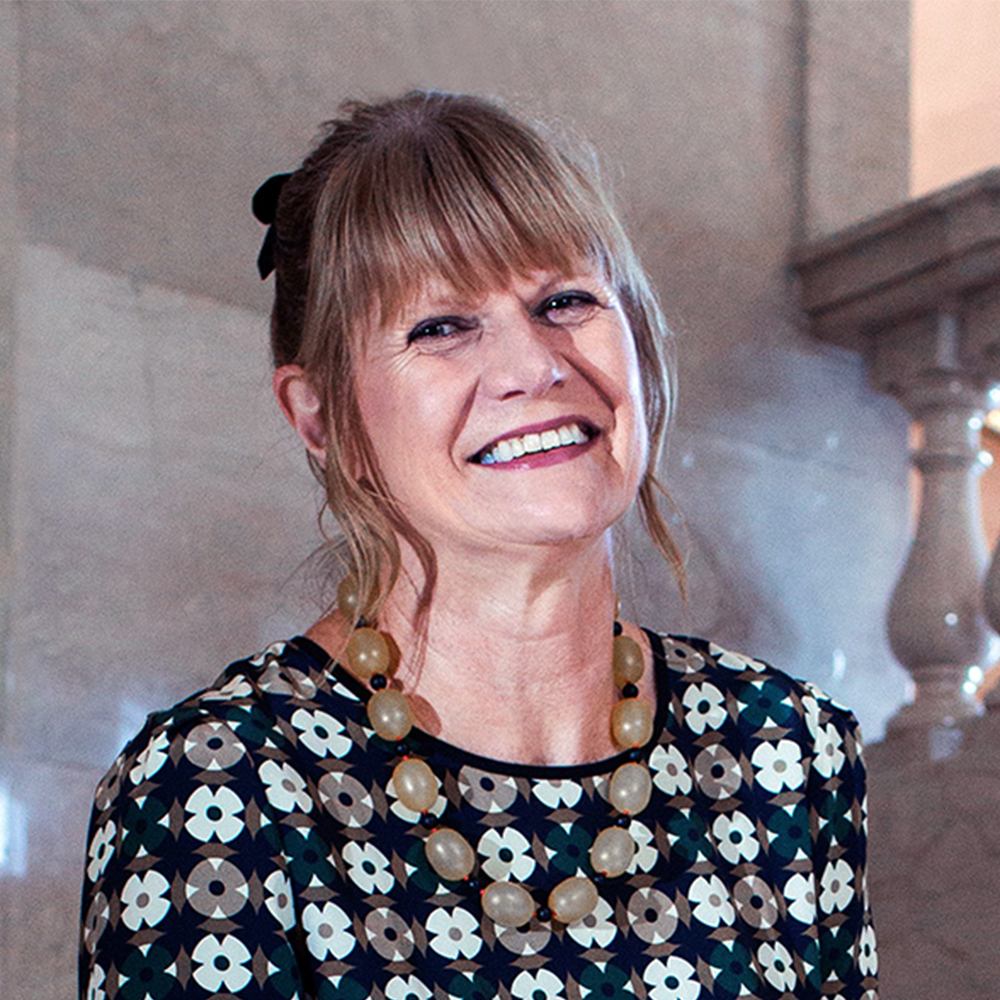 Grace Karskens is the winner of the thirteenth Calibre Essay Prize. The judges – J.M. Coetzee, author and winner of the Nobel Prize in Literature in 2003, Anna Funder, author of the international bestseller Stasiland and the Miles Franklin Award-winning novel All That I Am, and ABR Editor Peter Rose – selected Grace's essay ‘Nah Doongh's Song’ from a field of over 450 essays submitted from twenty-two countries. Grace receives $5,000, and her essay appears in the August Indigenous issue of Australian Book Review.

‘Nah Doongh's Song’ examines the unusually long life of one of the first Aboriginal children who grew up in conquered land. Born around 1800, Nah Doongh lived until 1898. Her losses, her peregrinations, her strong, dignified character are the subjects of this questing essay, in which the author states: ‘Biography is not a finite business; it’s a process, a journey. I have been researching, writing, and thinking about Nah Doongh … for over a decade now.’ The discoveries she makes along the way – the portrait she finally tracks down – are very stirring.

This winner of the second prize, worth $2,500, is Sarah Walker. Her essay, entitled ‘Floundering’, appears in the June–July 2019 issue. 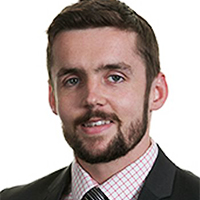 ‘We Three Hundred’ is a candid and unsentimental account of life as a cadet at the Australian Defence Force Academy in Canberra for a bookish, idealistic adolescent straight out of high school.

This winner of the second prize, worth $2,500, is Kirsten Tranter. Her essay, entitled ‘Once Again’, appears in the May 2018 issue. 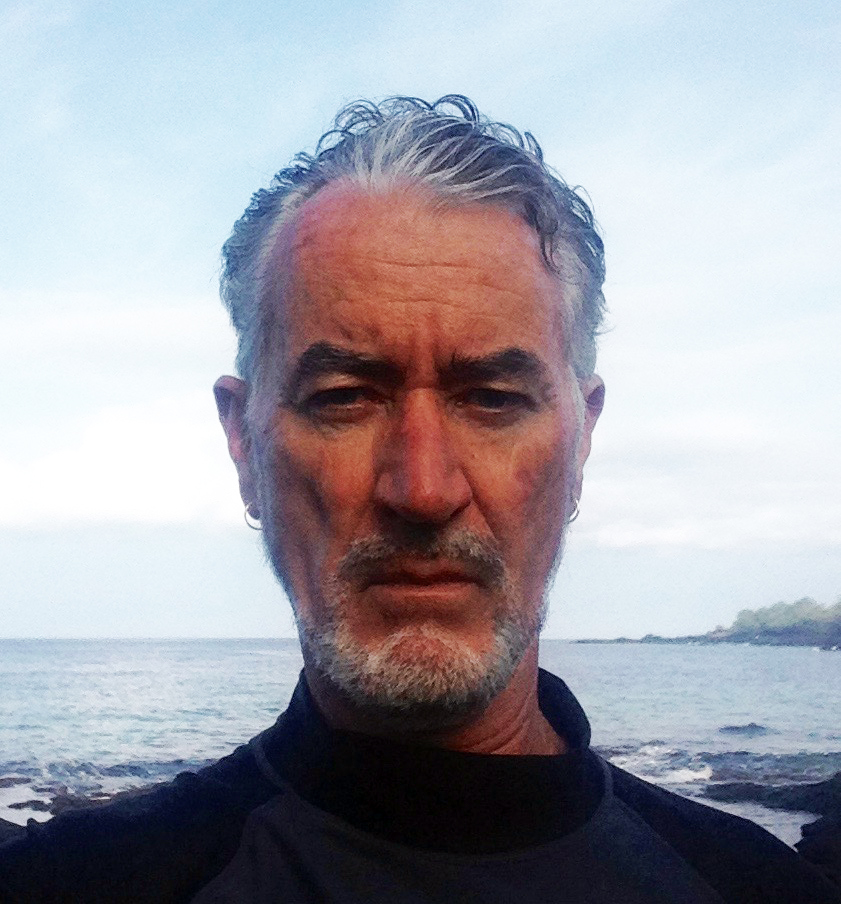 ‘Salt Blood’ is a remarkable and highly original meditation on freediving and mortality.

This year ABR has added a second prize, worth $2,500. The winner is Darius Sepehri, a researcher and PhD student at the University of Sydney. His essay – entitled ‘To Speak of Sorrow’ (published in the August issue) – is about the many kinds of grief and their different expressions in writing and culture, as lament, testimony, or ritual.

Michael Adams's winning essay was published in the June-July 2017 issue of ABR. 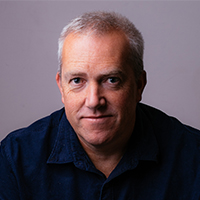 Michael Winkler was the winner of the tenth Calibre Prize, worth $5,000. The judges – Sophie Cunningham and ABR Editor and CEO Peter Rose – chose Winkler’s essay from a large field.

‘The Great Red Whale’ is an essay about fractures, overlaying the ruptures within the author's psyche with the fissure between Indigenous and non-Indigenous Australians, something he believes keeps us 'heartsore as a nation'. This excoriating yet remarkably subtle meditation is also a tribute to consolations: landscape, specifically the desert of Central Australia, and literature, notably Moby-Dick.

Michael Winkler’s winning essay was published in the June–July 2016 issue of ABR.

Sophie Cunningham: 'Staying with the trouble' 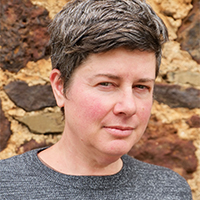 Sophie Cunningham was the winner of the ninth Calibre Prize, worth $5000. The judges – Delia Falconer and ABR Editor and CEO Peter Rose – chose Cunningham’s essay from a large field.

‘Staying with the trouble’ describes an epic walk up Broadway in New York, and others like it. The tone is self-deprecating, conversational, and ‘gloriously social’, but all sorts of themes arise along the way: Alzheimer’s, Horseshoe Crabs, history, writers, violence against women, racism, Selma, and climate change. It is a celebration of ‘randomness’, but also testifies to Sophie Cunningham’s belief in the importance of ‘staying with the trouble’.

Christine Piper: 'Unearthing the Past' 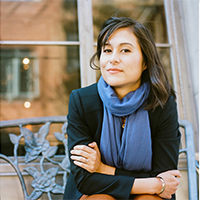 Christine Piper was the winner of the eighth Calibre Prize, worth $5,000. The judges – Morag Fraser and ABR Editor and CEO Peter Rose – chose Piper’s essay from a large field.

In her essay, ‘Unearthing the Past’, Christine Piper writes about biological weapons and experiments on living human beings in pre-war and wartime Japan. The remains of just some of the victims (the overall death toll is estimated at 250,000 to 300,000) were discovered in Tokyo twenty-five years ago. They have never been identified. The story takes Dr Piper to Japan, where she interviews key lawyers and activists who are seeking answers. We also meet the unspeakable Shiro Ishii, dubbed the Josef Mengele of Japan. Ishii, who masterminded Japan’s biological warfare program, escaped prosecution through an immunity deal with the United States. He died at home in 1959.

Martin Thomas: '"Because it's your country": Bringing Back the Bones to West Arnhem Land' 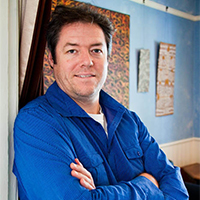 Martin Thomas was the winner of the seventh Calibre Prize, worth $5,000. The judges – Morag Fraser and Editor and CEO Peter Rose – chose his essay from a field of about 150 entries.

Dr Thomas’s essay, ‘“Because it’s your country”: Bringing Back the Bones to West Arnhem Land’ stood out in a strong field. The topic – the violation and restitution of Aboriginal remains – is a pressing one, and the author examines it with empathy and considerable knowledge of the personalities and sensitivities involved.

The essay was published in our April 2013 issue. The seventh Calibre Prize was supported by ABR Patron Mr Colin Golvan QC.

Matt Rubinstein: 'Body and Soul: Copyright and Law Enforcement in the Age of the Electronic Book' 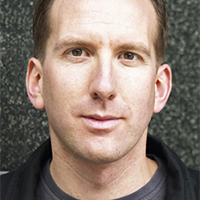 Australian Book Review and Copyright Agency awarded the sixth Calibre Prize for an Outstanding Essay to Matt Rubinstein who receives $7,000. The judges – Professor Ian Donaldson and ABR Editor Peter Rose – chose Rubinstein’s essay from a large field of entries. The second prize of $2,000 was awarded to Colin Nettelbeck, for his essay ‘Now They’ve Gone’.

Matt Rubinstein's essay appeared in the September 2012 issue of ABR. The essay, entitled ‘Body and Soul: Copyright Law and Enforcement in the Age of the Electronic Book’,  could not be more timely – a probing, meticulously researched survey of inherited notions of intellectual copyright and of new, accelerating challenges to such in the face of electronic publishing, the rapid swing to e-books, and ever more laissez-faire attitudes towards authorial rights.

Dean Biron: 'The Death of the Writer' and Moira McKinnon: 'Who Killed Matilda?' 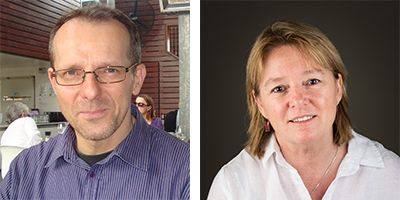 Australian Book Review awarded the fifth Calibre Prize for an Outstanding Essay to Dean Biron and Moira McKinnon. Each essayist received $5,000. The judges were Jane Goodall (a winner of the Calibre Prize in 2009) and Peter Rose (Editor of ABR). Biron’s essay appeared in the May 2011 issue of ABR, and McKinnon’s in the July–August 2011 issue. Copyright Agency Limited supported the Prize again in this year.

Moira McKinnon is a public health physician who has worked in northern Australia and northern Canada. Her essay, ‘Who Killed Matilda?’, is based on her years as the main adviser on communicable diseases for the Australian Department of Health and Ageing.

Dean Biron lives in Brisbane and has a PhD from the University of New England. A former police detective, Dr Biron is currently employed as a senior analyst with the Queensland Children’s Commission. In his essay, ‘The Death of the Writer’ – more polemical than most Calibre entries – Dr Biron opposes a culture that inflames literary ambition and self-identification.

Lorna Hallahan: 'On being Odd' and David Hansen: 'Seeing Truganini' 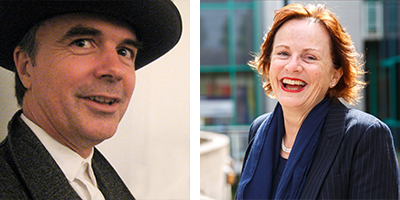 Lorna Hallahan and David Hansen were the joint winners of the 2010 Calibre Prize for an Outstanding Essay, the fourth to be presented by ABR, in association with Copyright Agency Limited’s Cultural Fund. Both authors received $5,000. The judges were critic James Ley and ABR Editor Peter Rose. Hallahan and Hansen’s essays appeared in the May 2010 issue of ABR.

David Hansen’s essay ‘Death Dance’ was commended in the inaugural prize, in 2007. In ‘Seeing Truganini’, he has forthright things to say about the recent abortive sale of Benjamin Law’s busts of Truganini and Woureddy, and about the controversy surrounding the promulgation of historical artefacts. Dr Hansen deplores the stigma surrounding such works, and is critical of academic and curatorial timidity and silence.

In ‘On Being Odd’, Lorna Hallahan, who teaches at Flinders University, writes about a different form of stigmatisation: the marginalisation of the different, the disabled, the supposedly ‘odd’ or ‘grotesque’. 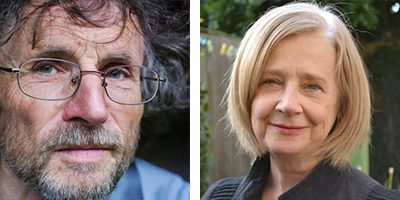 The 2009 Calibre Prize for an Outstanding Essay was shared by Kevin Brophy and Jane Goodall. The judges were Gay Bilson, Peter Rose (Editor of ABR), and Rebecca Starford (then-Deputy Editor of ABR). The Prize – a joint initiative of ABR and Copyright Agency Limited's Cultural Fund – was worth $10,000 in this year, and both authors received $5,000. Their essays were published in the April 2009 issue of ABR.

Jane Goodall’s theme, like her succinct title (‘Footprints’), has a kind of suaveness and urgency as she explores ideas about ecology and personal responsibility with reference to Kate Grenville, Mrs Aeneas Gunn, Nevil Shute, and a sublime short story by Leo Tolstoy.

Kevin Brophy’s title, ‘What’re yer lookin’ at yer fuckin’ dog?’, introduces an amazing tale of domestic mayhem and incivility in present-day inner Melbourne. Kevin Brophy’s tormentors may have been the neighbours from hell, but what a tale it is. To make sense of this five-year drama, Kevin Brophy draws on the Slovenian philosopher Slavoj Žižek and his theory that violence – ubiquitous violence, as he sees it – is the very basis of late capitalist ‘post-political’ life.

Rachel Robertson: 'Reaching One Thousand' and Mark Tredinnick: 'A Storm and a Teacup' 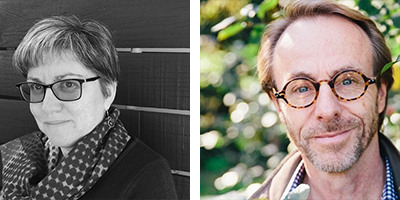 The 2008 Calibre Prize for an Outstanding Essay was won by Rachel Robertson and Mark Tredinnick. This was the first time that the Calibre Prize – a joint initiative of ABR and Copyright Agency Limited's Cultural Fund – was shared. The judges were Kerryn Goldsworthy (a former Editor of ABR), Paul Hetherington (Associate Professor of Writing at the University of Canberra), and Peter Rose (Editor of ABR). The Prize was worth $10,000 in this year. Their essays were published in the February 2008 issue of ABR.

The title of Rachel Robertson’s essay is ‘Reaching One Thousand’. This is an impressively subtle study of autism and of its consequences for the child and for the parents alike. With dry wit it also introduces readers to an eccentric world of professional and amateur mathematicians. Ms Robertson’s adroit depiction of a family recognising and responding to autism is as impressive as her anxious care for her son ‘Ben’ (all names in this essay have been changed).

The title of Mark Tredinnick's essay is ‘A Storm and a Teacup’. It begins in a deluge, as it were: the heavy rains that flooded parts of southeast Australia in June 2007. These falls and the general inundation fail to alleviate Dr Tredinnick’s concerns about ‘the driest continent’ and the need for a profound reassessment of how many resources we all need individually to live equably and sustainably. Tea and its harmonising ceremonies and literature provide the key in this elegant, succinct essay, which also deals with the literary life in the twenty-first century.

Elisabeth Holdsworth: 'An die Nachgeborenen: For Those Who Come After' 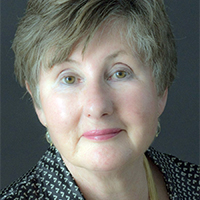 Elisabeth Holdsworth was the winner of the inaugural Calibre Prize for an Outstanding Essay, a joint initiative of Australian Book Review (ABR) and Copyright Agency Limited's Cultural Fund. She received $10,000. Her essay was published in the February 2007 issue of ABR. The judges were Peter Rose (Editor of ABR), Kerryn Goldsworthy (a former Editor of ABR), and Imre Salusinszky (Editor of The Oxford Book of Australian Essays, 1997).

The title of her stirring and luminous essay is ‘An die Nachgeborenen: For Those Who Come After’, from the poem of the same name by Bertolt Brecht. Ms Holdsworth was born in the Netherlands soon after World War II. Her essay describes her recent return to the Netherlands and her family’s vicissitudes and suffering during the war.

'I would like to thank everyone involved in the Calibre Prize. I am deeply honoured to be the inaugural winner. That this essay has gained some attention in this year celebrating four hundred years of Dutch-Australian contact is fantastic.' – Elisabeth Holdsworth.

Elisabeth Holdsworth's second essay, 'Missing from my own life' was published in the October 2008 issue of ABR.