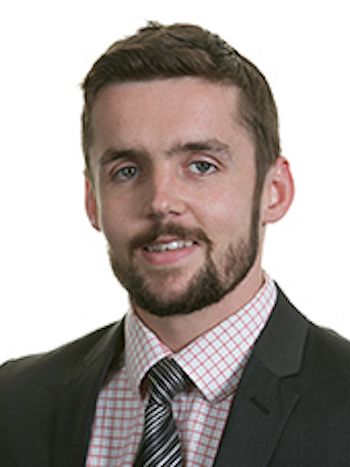 This winner of the second prize, worth $2,500, is Kirsten Tranter. Her essay, entitled ‘Once Again’, will be published in an upcoming issue.

About Lucas Grainger Brown
Lucas Grainger-Brown joined the Australian Defence Force as a high school student. Subsequently he worked as a management consultant. He is a researcher, tutor, and doctoral candidate at The University of Melbourne. Philosophy and politics are his enduring passions. He has published commentary, essays, and fiction across numerous media. He first wrote for ABR in 2016.

About Kirsten Tranter
Kirsten Tranter lives in the San Francisco Bay Area. She is the author of three novels, including Hold (2016), longlisted for the Miles Franklin Award. She completed a PhD in English Literature at Rutgers University in 2008, and publishes essays, journalism, and literary criticism. She is a founder of the Stella Prize for Australian women’s writing.

Judith Bishop (VIC)
‘O Brave New World, That Has Such Data In’t (Love and Self-Understanding in an Algorithmic Age)’

Sally Kerry Fox (UK)
‘The Lives We Leave Behind’

David M. A. Francis (VIC)
‘Between Joy and Sorrow: A Journey of the Hands’

Karen Holmberg (US)
‘The Very Worst Ache Is Not Knowing Why: Remembering Mme. Cluny’

We look forward to offering the Calibre Essay Prize again in 2019.

We gratefully acknowledge the long-standing support of Mr Colin Golvan QC and the ABR Patrons.