How to resolve AdBlock issue?
Refresh this page
Subscribe to this RSS feed

ABR Cultural Tour to Germany and the Netherlands 2020

Australian Book Review in Germany and the Netherlands

After the success of its sold-out tour in 2018, ABR will head back to Germany in 2020 for its next tour in association with Academy Travel. This time we’ll venture to western Germany, followed by four days in Amsterdam.

Highlights include some of Europe’s greatest art collections. In Germany, we visit the Städel Museum in Frankfurt and the Hamburg Kunsthalle as well as collections in Cologne, Bonn, and Düsseldorf. In the Netherlands, the tour includes the Rijksmuseum and the Van Gogh Museum in Amsterdam, and the Mauritshuis in The Hague. Along the way there will be opera and music – and the usual ABR conviviality.

Enquiries and bookings: For more information about the 2020 ABR Germany and the Netherlands Tour please visit Academy Travel. 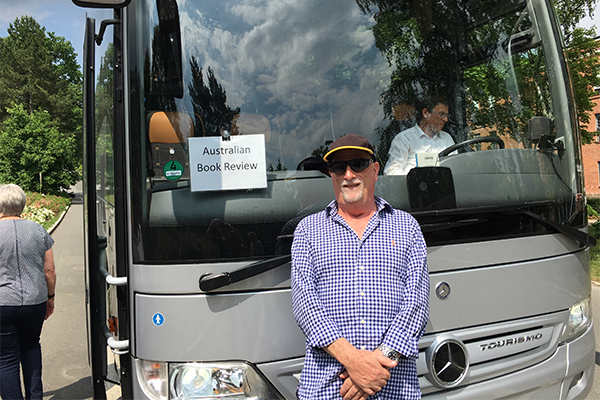 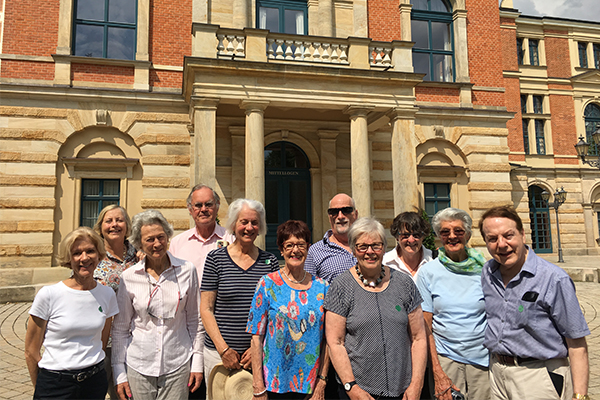 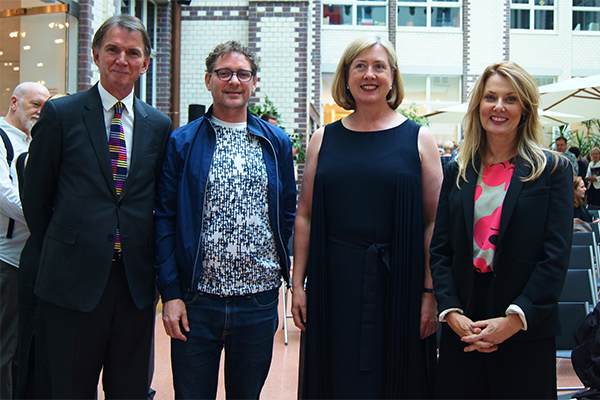 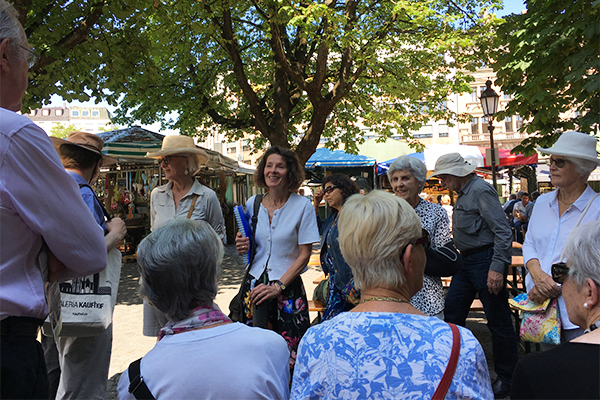 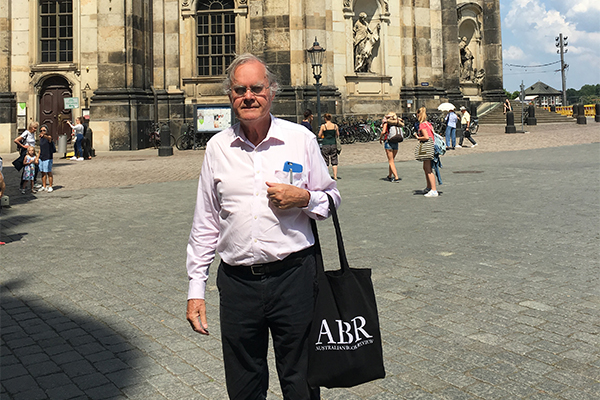 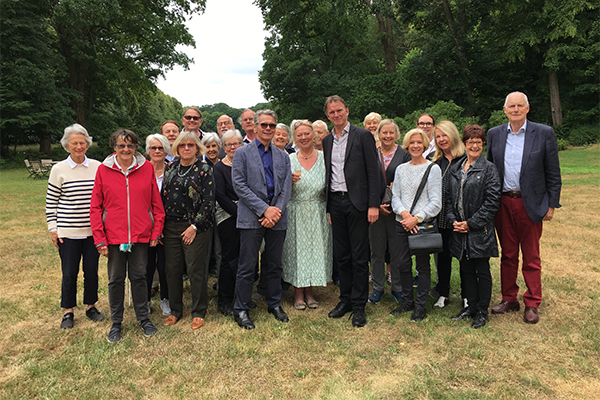 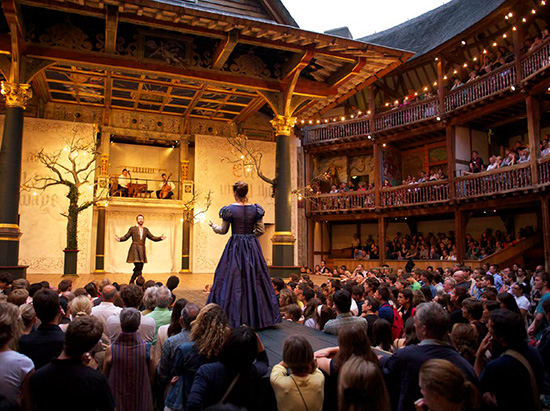 ABR's second international tour, in partnership with Academy Travel, was a twelve-day Shakespeare-themed visit to England. We visited Stratford-upon-Avon, the Glyndebourne Opera Festival, and London. Highlights included performances of Antony and Cleopatra and Salome by the RSC in Stratford, Brett Dean's new opera Hamlet in its premiere season at Glyndebourne, and Romeo and Juliet at Shakespeare's Globe in London. The tour included a fascinating walking tour of Stratford, as well as visits to Charleston, house of Vanessa Bell and Duncan Grant, and to Middle Temple Hall, where Twelfth Night was performed in 1602. In London we also visited the National Portrait Gallery, The Wallace Collection, the Courtauld Institute and the British Library. The tour was led by Peter Rose and Christopher Menz.

Endorsements from ABR’s 2016 US tour.

‘My recent experience travelling on the east coast of the United States with the inaugural ABR tour group was a truly exceptional one. The knowledge and expertise of the tour leaders meant our itinerary took us to places, and even introduced us to people, not usually accessible to ordinary travellers. In all, it was truly memorable!’

‘ABR’s small group tour to the United States in 2016 focused on literature, history, art and theatre. The program was well-thought-out, varied and balanced. The tour leaders were attuned to particular interests of individual group members and helped them where necessary to further explore those interests in the different venues we visited. One of the excellent features was the number of private viewings and guided tours specially tailored for our group.’

Australian Book Review’s sixteen-day US tour – led by Peter Rose and Christopher Menz – took us from Washington, DC to New York City. It was the first of its kind undertaken by the magazine. Our aim was to take ABR on the road with a party of keen readers and supporters. The tour began at the Australian Embassy in Washington, where the Editor was in conversation with Geraldine Brooks (newly gonged at the Ambassador’s residence an hour earlier) and Anna Funder, before a capacity audience.

Along the way we visited writers’ homes (Emily Dickinson, Mark Twain, Louisa May Alcott, and Edith Wharton’s opulent The Mount), great libraries (Morgan, Beinecke, Library of Congress, the New York Public Library), and several new or reopened art museums, including the Met Breuer and the Whitney Museum of American Art in New York, and the magnificent Art Museums in Cambridge, as well as several museums that weren’t known to everyone in the group (Smithsonian American Art Museum, The Phillips Collection, Wadsworth Atheneum, Philip Johnson’s Glass House, Yale Center for British Art, and the Clark in Williamstown, with Tadao Ando’s superb new extension).

There was also much theatre and opera, all in a spirit of enquiring conviviality. We met writers, librarians, publishers, journalists, curators, and diplomats. Two highlights on our penultimate day in New York were visits to the offices of the New York Review of Books (where Peter Rose and Robert Silvers exchanged copies of their magazines) and Farrar, Straus and Giroux, whose president and publisher, Jonathan Galassi, spoke about his new books and his keen interest in Australian writers.

Photographs from ABR's US tour 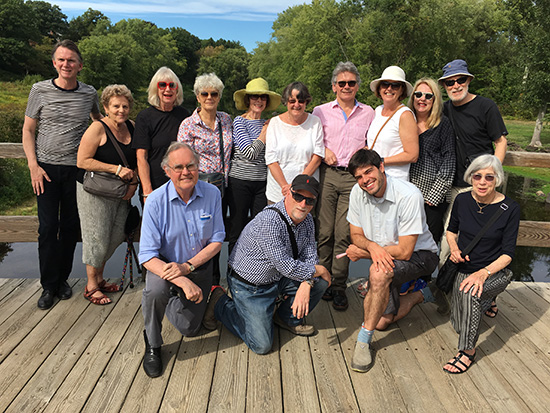 The tour group in Concord 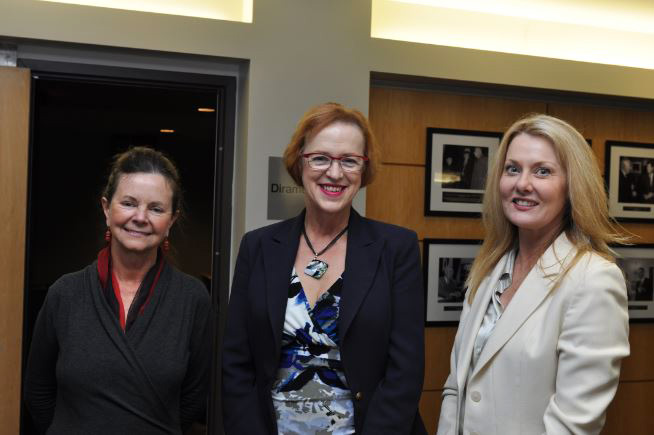 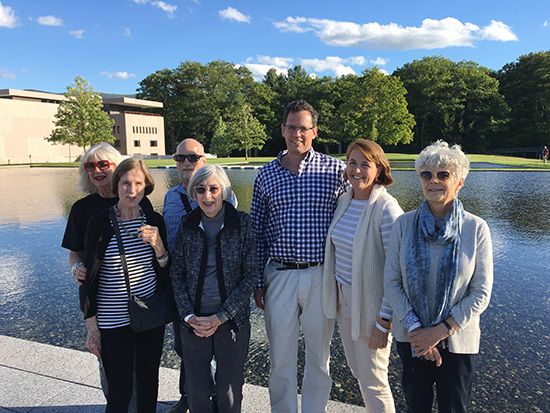 At the Clark Institute in Williamstown 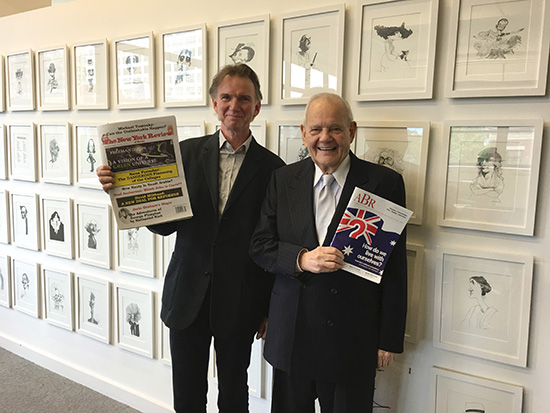 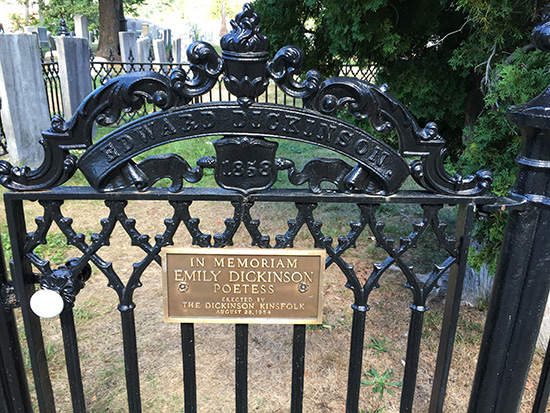 The Dickinson family plot in Amherst 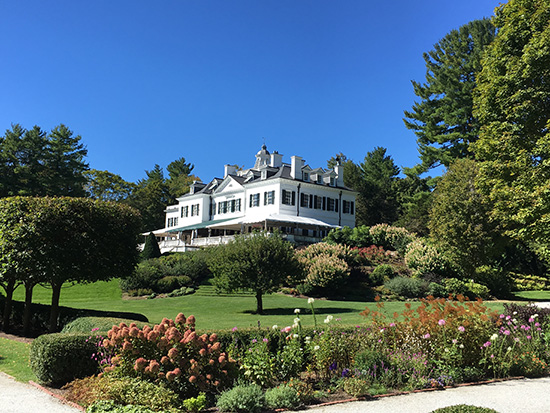 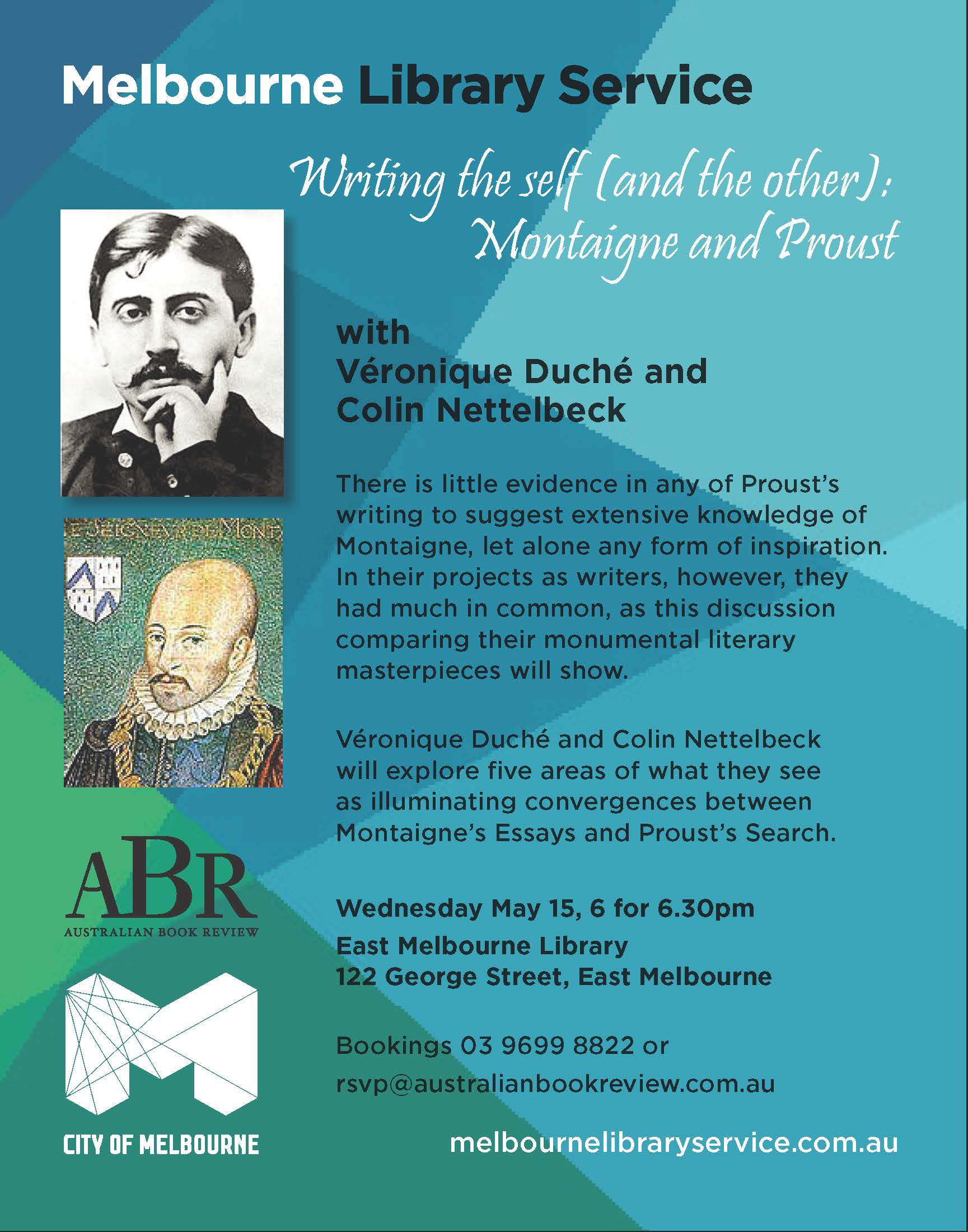 Francophiles, essayists, and Proustians will not want to miss a joint ABR and Melbourne Library Services event to be held in the East Melbourne Library  on Wednesday, 15 May (6 p.m.). Noted French scholars and enthusiasts Véronique Duché and Colin Nettelbeck (who reviews Camus’s Algerian Chronicles for us in the May issue) will be in discussion about Montaigne and Proust, with particular references to convergences in their remarkable works. This is a free event, but reservations are essential:  This email address is being protected from spambots. You need JavaScript enabled to view it..

Please note this event is now booked out.

Investigative Reporter of the Spirit: The Search for Five Women

Renowned biographer Professor Jeffrey Meyers delivered the eighth annual Seymour Biography Lecture – on the craft of biography, autobiography, and memoir. In his work on Joseph Conrad, Wyndham Lewis, F. Scott Fitzgerald, Ernest Hemingway, and Robert Frost, Meyers was fascinated to learn that each of these married writers had an intriguing, but elusive, lover. He found that these mysterious lovers assume an independent existence and had extraordinary lives worthy of a full-length study. In this lecture, Meyers reveals what happens when minor characters take on lives of their own.

Jeffrey Meyers – one of twelve Americans who are Fellows of the Royal Society of Literature – is one of the most respected scholars in his field. He has published fifty books and 800 articles on modern American, English, and European literature, has edited two collections of essays on biography and has lectured at numerous universities across the world. His interests include bibliography, editing, literary criticism, art history, and film. Based in Berkeley, California, Meyers is the author of several works on T. E. Lawrence and George Orwell and has written about the lives of Katherine Mansfield, Robert Lowell, D.H. Lawrence, Edgar Allan Poe, Edmund Wilson, Humphrey Bogart, Errol and Sean Flynn, Somerset Maugham, Arthur Miller and Marilyn Monroe, Samuel Johnson, and John Huston.

Seymour Biography Lecture 2012, recorded at the National Library of Australia on 13 September 2012.

Supported by John and Heather Seymour, Australian Book Review, the State Library of New South Wales, and the National Library of Australia.

The Seymour Biography Lecture was also presented in Canberra and Sydney at the National Library of Australia and the State Library of New South Wales respectively.

ABR is always looking for new reviewers and commentaries. We pay for everything we publish, and we believe in supporting freelance writers. We welcome EOIs from those with diverse backgrounds and broad interests: from literature and the arts to politics and society. Join the ABR editors on Thursday, August 12 for a one-hour editorial information session. Those interested will need to register by emailing This email address is being protected from spambots. You need JavaScript enabled to view it..

When registering, please attach examples of your writing experience (if available), and mention the state you live in and your subjects of interest.

When: 10:30am on Thursday, 12 August (session will run for one hour)
Where: Zoom (an access link will be available closer to the date)
RSVP: This is a free event and all are welcome but please register your interest in attending by email This email address is being protected from spambots. You need JavaScript enabled to view it.

An evening with Theodore Ell

The Australian National University and Australian Book Review invite you to an evening with Theodore Ell, winner of the 2021 Calibre Essay Prize. Dr Ell (an honorary lecturer in literature at ANU) will be in conversation with Beejay Silcox, another Canberra writer and a past ABR Fellow.

The subject of Theodore Ell’s award-winning essay, ‘Façades of Lebanon’, is the massive explosion on 4 August 2020 which devastated Beirut and shook a nation already teetering on the brink of economic collapse.

Dr Ell was living there at the time with his diplomat partner. ‘Façades of Lebanon’, represents reportage at its very best. The Calibre judges – Sheila Fitzpatrick, Billy Griffiths, and Peter Rose, Editor of ABR – chose the essay from a record field of 638 essays from 28 different countries.

When: Tuesday 27 July at 6 pm
Where: The RSSS Auditorium at ANU
RSVP: This is a free event and all are welcome but you must register your interest via EventBrite.

Watch Online: You can also stream this event online via YouTube. There's no need to register, just follow this link at 6 pm on July 27 to tune in: https://www.youtube.com/watch?v=ZJ9VjPN4cjA

Join us as we celebrate great short fiction and announce the winner of the 2021 ABR Elizabeth Jolley Short Story Prize. This event will be held over Zoom at 6 pm on August 10 and will feature readings from the shortlisted authors before the winner is revealed. The shortlisted stories will appear in our August issue and more information will be available closer to the event date.

When: Tuesday 10 August at 6 pm
Where: Zoom (an access link will be available closer to the date)
RSVP: This is a free event and all are welcome but please register your interest in attending by email This email address is being protected from spambots. You need JavaScript enabled to view it..