'After, there are the birds' by Gina Mercer | States of Poetry Tasmania - Series Two

He sends me photos
of the singular crimson rosella
who observes him through the kitchen window
as he cooks dinner for one.

He sends me boxes of her best clothes:
designer jackets, silk shirts, tailored trousers.
Asks me to share them among family
even though she was the size of a wren
and we’re all currawongs.

He sends me photo after poignant ...

all you know about Canute,
the king who believed the waves under his dominion,
he could stop the tides by command.

to bet all you have
on the dead cert

that global warming is real

Me alongside that world-famous celebrity
The Atlantic Ocean ‒

complaining
I haven’t caught its best side.

The light gets tired, he writes, and I wonder if water, too, can get weary with all that
flowing & sliding & washing away. In the hotel swimming pool the water looks
weary, constantly banging its soft body against concrete, making the effort to dimple
upwards when disturbed, entered, by our alien soft bodies. Unable ...

Extracts from The Dictionary Aquatic

Distinctive mating call of wild creeks. Rarely heard in cities where this species has been driven underground, incarcerated in lightless, concrete tunnels. Such conditions have proved unconducive to reproduction or generation.

Gina Mercer enjoys a three-stranded career as writer, teacher, and editor. She has taught creative writing and literature in universities and communities for thirty years. She was Managing Editor of Island magazine, 2006–10. She has published a novel, Parachute Silk (Spinifex Press, 2001) and two academic books (UQP, 1994 ...

I was among the many swept away by Elisabeth Holdsworth’s essay, ‘An die Nachgeborenen: For Those Who Come After’ (February 2007). From the moment she confided, ‘I have returned to the Netherlands to have a specific conversation with the past’, I became an intent listener, almost an inter-loper, following this haunted child’s return after decades away, back to her heritage, Zeeland – ‘The land of my nightmares’.

I do not know the stark Calvinist low country of dunes and ‘massive dykes’, though I flew over it often enough at night. I followed the returning child entranced and often shocked: the fearful Nazi reprisals, the deliberate flooding of the hard-won lands; brother executing brother; the unofficial motto of the province even: ‘never forgive, never forget.’ 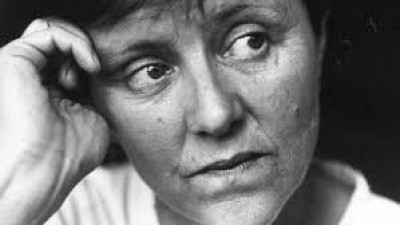 The publishing world and other allied industries, namely the media and literary critics, tend to promote authors on a ‘star’ system. Especially women writers. They allow certain women to become ‘flavour of the month’. Recently, if you remember, it was Beverley Farmer, and then Kate Grenville. For a short period, every newspaper, magazine, or radio program with a literary bent featured them and their fiction. This treatment is reserved for fiction writers. Never is such sustained coverage given to that awesome creature, the ‘woman poet’.