The Grass Hotel by Craig Sherborne

In How Fiction Works (2008), James Wood examines how novelists write characters and allow us to sympathise with them. He refers to the philosopher Thomas Nagel’s now famous question, ‘What is it like to be a bat?’ Nagel reckoned we cannot know, can only imagine what it would be like to behave like a bat. We can’t know ‘what it is like for a bat to be a bat’.

This is pertinent to Craig Sherborne’s main character in The Grass Hotel, a woman whose dementia has robbed her of sensible and comprehensible language, but who, to put it far too simply, relates the story.

This is a remarkable feat of wordsmithing by the real author, and it is probably churlish to ask if we can really know what it is like to have dementia, to have ‘flicker-faint wiring’ and ‘drivel words’, until ‘Each week worse. Blank. Blink. Think. Blank. Goes.’; to know what is really going on in her brain. It’s a version of a black and terrible joke that the person who has lost correct and coherent language is written by someone who is something of a word magician.

If you have read Hoi Polloi (2005) and Muck (2007) – Raimond Gaita called the latter a masterpiece, and this reviewer deemed it pitch-perfect – both described as memoirs, then it is a feat of imagination on the reader’s part to read The Grass Hotel as a novel, but the definition of novels in general has transmogrified into whatever it wants to be these days. The Grass Hotel stands alone as a virtuosic deferral of self-examination by delivering an often cruel version of a woman who has lost her mind. The only names in the book (apart from Twinkle, the father, who had a ‘salesman’s glint’ and dies before the mother, and whose ashes are central to a comedic scene of dispersal at a public beach), are those of the horses, Sock and Boy.

And the ‘grass hotel’? According to the narrator, her son called his farm his ‘grass hotel’. The parents had owned hotels, made money, bought a farm (she had been a fine rider) to please the son who, though he is also a reader with a fantastic memory, ‘only has eyes for animals’. ‘I’d complain to Twinkle … If he ever has offspring their legacy will be those piles of paper. Those encyclobloodypaedias.’  This is an obsessive trope in Sherborne’s writing. Early in the book, after her complaintive but still sensible reminiscences of son and husband, she says, ‘Off you went, the father of horses, to become the father of us.’

Some way into the book, the horse, Sock, is put down. Should a person be put down?

Where did the mother’s mind go, this woman who cared so furiously and comically for social status (piano, not bongos), had wanted her son to be a daughter (thoughts of Rilke who was dressed as a girl until he was two), and whose furies are now garbled verbal losses but at the same time Sherborne’s readers’ gain.

Boy ‘whinnied because Sock had disappeared from this two-horse herd’. And the mother is losing herself and her (wonderfully) garbled words: ‘They’ll have to pill me harder … me pilled into drivel words.’ Her bed needs railings, her keys and money have no meaning. And in her voice, which voices the writer’s version of her version of the son’s feelings (are you still with me here?), there’s a realistic and piteous scene of his caring for her:

You see a smile on me, my lips at least. Top one beaked to milky tea. You lift tea. I suck. You are repulsed but pitying. You get up and leave. You return. You sit and want to leave. Leave now means to shun. You stay. The long hour to sit through. Stand and leave for a breather. Return … You do speak sweet. But this not-me repels you. The me me was grit to your teeth. Against me. This new me is not me even enough to touch. But you do touch because you expect I expect it. You don’t know what I expect.

And now, only now, are we treated to a transcendent scene in which the son brings Boy to the sea and his depleted mother with them. In her voice, he writes, ‘You thought for me’. The reader senses a version of theft.  ‘She had you, her mammal child. Made sure you were punished and neat.’ It’s an act of barbed ventriloquism, perhaps a kind of love, a putting down. In his novel Off the Record (2018), Sherborne has his central character say, ‘The more you get to know yourself, even the bits you hate you like.’

There is a touch of something like exorcism in The Grass Hotel: the mother spitting out, in her dementia, in her furious loss of word-use, her inability to lipstick her lips, to control her evacuations, and all that is festering in her. Sherborne as exorcist, emptying himself as well. I thought of Faulkner’s As I Lay Dying.

‘What would happen to us if we could truly sympathise with others, feel with them, suffer for them? The fact that human anguish, fear and suffering melt away with the death of the individual, that nothing remains of the ascents, the declines, the orgasms and the agonies, is a praiseworthy gift of evolution, which made us like the animals.’

Is this Sherborne’s concern, too? Early in the book, the mother says, ‘I am dead; you can have me speculate anything.’ And so the author does. 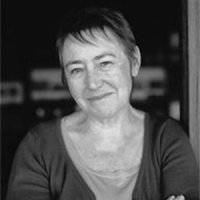 Gay Bilson was, for twenty-five years (1973–1998), a restaurateur and cook in Sydney. She has created and directed several events centred on food and community, often for the Adelaide Festival, and was an associate director under Peter Sellars for the 2002 festival, producing programs such as Nourish (feeding patients in a large public hospital) and The Edible Library. In 2004 she directed Eating the City, a large community project created by the Spanish food artist and psychologist Alicia Rios, for the City of Melbourne. As an extension of this project, she recorded oral histories with the communities who took part. She is the author of Plenty (2004) and On Digestion (2008). 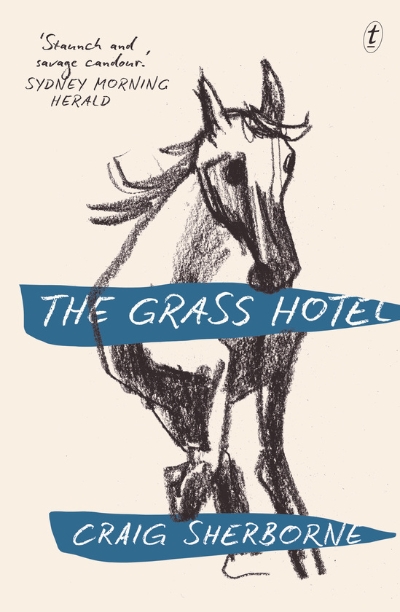