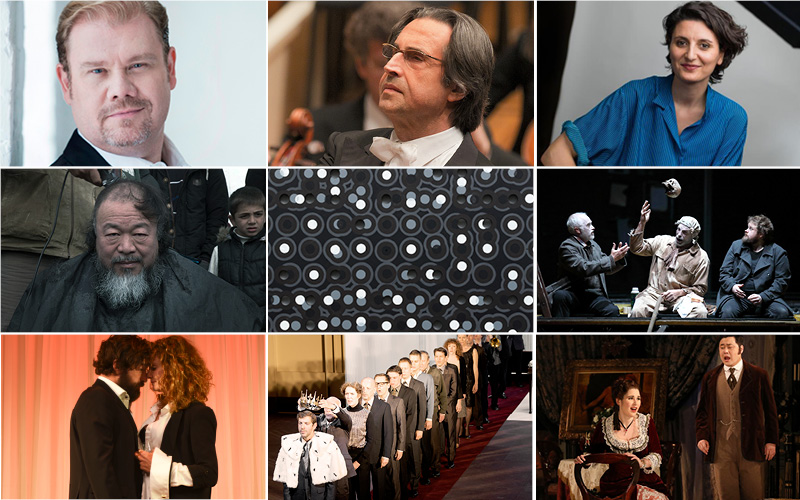 After months of deliberation – and, it must be said, decades of rumours – the Metropolitan Opera has sacked James Levine, as reported in The New York Times on 12 March. Maestro Levine – music director of the Met for forty years until his suspension in 2016, and widely regarded as America’s finest conductor since Leonard Bernstein – had been accused of historical acts of sexual abuse and harassment. The Met’s inquiry, which included interviews with seventy individuals, revealed evidence of assaults ‘both before and during the period’. Now it remains to be seen what successive regimes the Met knew of, and condoned, in Levine’s private life.

The shortlist for the 2018 Stella Prize was announced on 8 March. The six shortlisted books are: The Enlightenment of the Greengage Tree by Shokoofeh Azar (Wild Dingo Press), Terra Nullius by Claire G. Coleman (Hachette), The Life to Come by Michelle de Kretser (Allen & Unwin), An Uncertain Grace by Krissy Kneen (Text Publishing), The Fish Girl by Mirandi Riwoe (Seizure), and Tracker by Alexis Wright.

‘The personal interweaves seamlessly with the political ... Ideas about family, identity in all its forms, and politics at both its most profound and intimate levels are themes that connect these six diverse, engaging, and original books,’ said Fiona Stager, chair of the judging panel, whose other members are Julie Koh, Ellen van Neerven, James Ley, and Louise Swinn. Each shortlisted author will receive $3,000 and a three-week writing retreat at Point Addis.

The winner of the 2018 Stella Prize will be announced on 12 April.

Riccardo Muti and the AWO

The Australian World Orchestra will reunite for three concerts in Melboure and Sydney under the baton on Italian Maestro Riccardo Muti in May.

‘We are absolutely delighted that Maestro Riccardo Muti, who has not been to Australia for more than fifteen years, will conduct the AWO in 2018. There’s a huge sense of anticipation from the musicians about performing with this great conductor,’ said AWO Chief Conductor and Artistic Director Alexander Briger.

Maestro Muti will conduct Brahms’s Symphony No. 2 in D Major, Tchaikovsky’s Symphony No. 4 in F Minor, and a ‘surprise’ composition by Verdi at the Sydney Opera House on 2 and 4 May, and the Arts Centre Melbourne on 5 May. 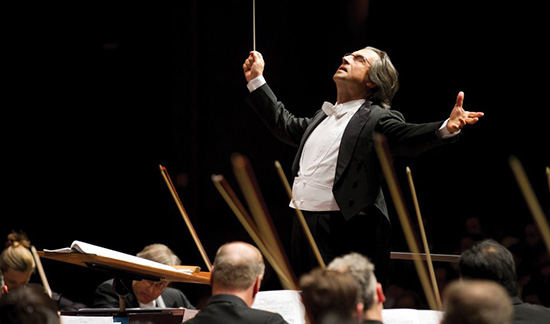 The seventy-six-year old Naples-born conductor has led many of the world’s major orchestras including the Berlin, New York, and London Philharmonics. He has received innumerable honours throughout his career including the decoration of Officer of Legion of Honor from France, Sweden’s Birgit Nilsson Prize, and a number of Grammy Awards. On his last visit to Australia, he was made an Honorary Citizen of Sydney. He has been Music Director of the Chicago Symphony Orchestra since 2010.

‘Music is one of the main possibilities in the world to connect people of different cultures, religion, and ethnicity ... My duty is to bring a possibility of “symphony” in my trips, meaning playing together, hearing together, feeling together’, said Riccardo Muti.

Thanks to the Australian World Orchestra, we are giving away two A Reserve tickets to the Sydney Opera House (2 or 4 May) or Arts Centre Melbourne (5 May) Riccardo Muti concerts. For more information, see our giveaways section below

Angelica Mesiti and Juliana Engberg at the 2019 Venice Biennale

The Australia Council has announced that artist Angelica Mesiti and curator Juliana Engberg have been selected to represent Australia at the International Art Exhibition, Venice Biennale 2019. 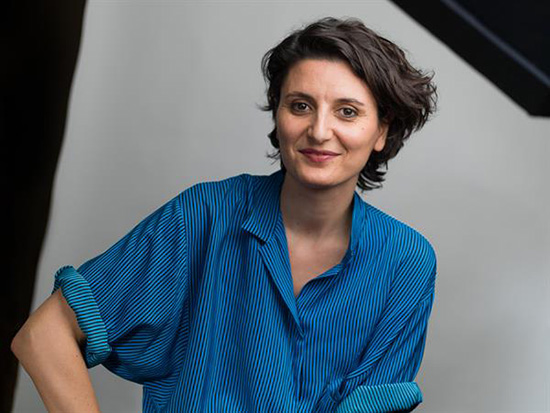 ‘I’m looking forward to an amazing year ahead developing the project ... to present an artwork which will challenge and engage the many audiences of the Biennale. I’m excited to be working with the brilliant Juliana Engberg as curator ... I feel assured of a wonderful partnership,’ said Angelica Mesiti, whose practice is characterised by large-scale video works. Her piece, Rapture (silent anthem), was the first video to win the Blake Prize in 2009. She was the inaugural recipient of the 2013 Ian Potter Moving Image Commission, producing The Calling, a film about whistling languages in the Mediterranean.

Angelica Mesiti and Juliana Engberg were chosen through a new open call for expressions of interest among seventy other candidates.

HOTA’s Concert for the Planet

The Gold Coast Philharmonic Orchestra will perform Holst’s The Planets, under the baton of conductor Lachlan Snow, on Saturday, 24 March 2018 at the newly launched Home of the Arts (HOTA), formerly known as the Arts Centre Gold Coast. Concert for the Planet is a free event, and the second in HOTA’s Outdoor program which begins on 17 March with Tim Minchin in Concert. A series of concerts that include performances from Neil Finn and Laurie Anderson, will take place throughout 2018 at HOTA’s new $37.5 million outdoor stage, which was officially opened on 6 February. The HOTA precinct will also be the site of the ‘largest regional art gallery in Australia’ in late 2018.

‘This moment is the inspirational beginning of a new era for the Gold Coast ... At last, the sixth largest city in Australia has created a brilliant state-of-the-art platform for the commissioning, producing and presenting of the most exciting artists from the region, the nation and the world,’ said HOTA Chair Robyn Archer.

Nominations are now open for the Council of Humanities, Arts, and Social Sciences (CHASS) 2018 Prizes. The Prize honours academics, researchers, practitioners, philanthropists, policy makers, and students who have ‘enriched and contributed to Australian cultural and intellectual life’. Elizabeth Tynan won the 2017 CHASS Australia Prize for a Book for Atomic Thunder: The Maralinga story (NewSouth). Other shortlisted titles were The Art of Time Travel: Historians and their craft by Tom Griffiths, From the Edge: Australia’s lost histories by Mark McKenna, and Evatt: A life by John Murphy.

Nominations will close on 2 July, and guidelines can be viewed at: www.chass.org.au/2018 -australia-prizes/

Riccardo Muti and the AWO
Thanks to the Australian World Orchestra, we are giving away two A Reserve tickets to new or renewing subscribers to ABR for Riccardo Muti in concert with the AWO. The following dates are available to entrants:

The Lady and The Unicorn
Three new or renewing subscribers to ABR will receive double passes to The Lady and the Unicorn, during its season until 24 June 2018 at the Art Gallery of New South Wales in Sydney. Morag Fraser warmly reviewed this exhibition for ABR on 16 February 2018. 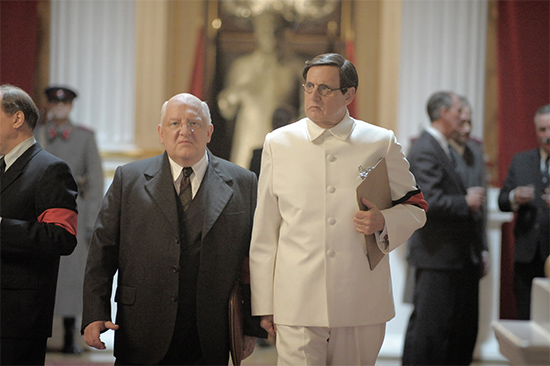 The Death of Stalin
Thanks to Madman Entertainment, ten new or renewing subscribers to ABR will receive double passes to the film The Death of Stalin, directed by Armando Iannucci and starring Jeffrey Tambor, Steve Buscemi, and Jason Isaacs (in cinemas 29 March 2018).