Tom of Finland is a worthy enshrinement of the life of Finnish artist Touko Laaksonen (1920–91) into the cinematic pantheon of queer historical biographies. The World War II veteran and advertising art director best known as ‘Tom of Finland’ drew thousands of naked and leather-clad men with gigantic nipples and enormous penises. Cumulatively, the language of playful hypermasculinity in his drawings has had an incalculable influence on gay male style and iconography.

This handsome first half is also a dreamlike paean to the clandestine queer subcultures and nocturnal world of illegal cruising in postwar Europe. It puts the Finland back into ‘Tom of Finland’. The colour swatch is reminiscent of other Cold War thrillers like The Lives of Others (2006). The imagery and diegetic sound has the look and feel of a stylish noir: shadows, cigarettes, whispers and footsteps, eroticism and danger. A classical score with a tinkling piano signature by Finnish composer Lasse Enersen with Icelandic cellist and composer Hildur Guðnadóttir, who worked on The Revenant (2015) and Arrival (2016), moves these scenes between tension and languor. Karukoski and his star, Pekka Strang, have a delicate sense of the frisson aroused by a too-meaningful gaze at the right man in the right park at the right time – electric currents through the miasma of dread and scarcity that hangs in the Cold War air. 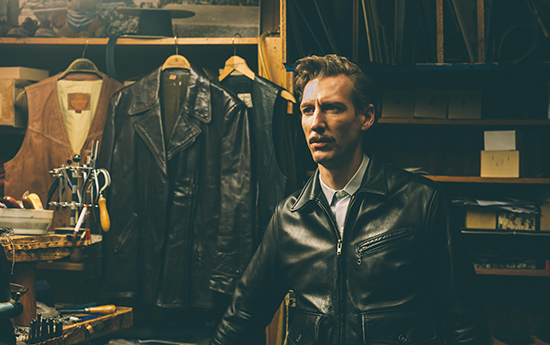 That his work is shown to blossom in the midst of PTSD and a reign of Cold War homophobic terror is an interesting way of teasing out tensions in the Tom of Finland oeuvre (and modern gay male iconography more broadly): strictly policed homosocial environments are riddled with sexual tension, and figures that have brutalised queers are idolised. Although the film’s predicable trajectory is toward the liberation of eroticism, a more ambivalent, psychic darkness is introduced in the first half. One much fixated upon war memory has Laaksonen dispatching a handsome Russian paratrooper. We are returned to this memory several times, but it remains merely a hint about the violent genealogies to the artist’s work and his BDSM tastes that remains unresolved.

Kaija helps her brother’s ascent in the world of advertising where he becomes a senior art director for international firm McCann-Erickson. This may have been a tangential detail, but, smartly, Karukoski and screenwriter Aleksi Bardy make it central. Laaksonen’s drew in the style of mainstream mid-century poster and magazine advertising. Now, of course, the quixotic Tom of Finland-style male body is an advertising norm, but these vignettes from his career as an ad man hint at an untold history of queer desires, camp and outsider perspectives disrupting the monolith of twentieth-century advertising and helping to explain its brazen targeting of unspoken desires.

As we know he will, Larksanon eventually falls in love with Veli (Lauri Tilkanen), a good-looking dancer and steadfast muse. Tom of Finland then starts bustling through a transnational section, glossing some of the big post-Stonewall ‘issues’ – liberation, subcultural marketisation, epidemic. Larksanon has become iconic as ‘Tom of Finland’ through a burgeoning transnational pornography market: sex shops, leather bars, mail order, and proto-porn magazines like Physique Pictorial. Tom witnesses the extent to which his aesthetic and visual language had influenced nascent gay male subcultures in the United States: the clone look, the leather scene, the club scene. Biopic tropes fly thick and fast. Subcultural celebrity gives Larksanon the opportunity to draw and fuck real-life men who looks like the men in his art. Back in Finland, Veli starts coughing; we know instantly that he’s not long for this world. He dies from throat cancer in a manner that weirdly anticipates the AIDS crisis that the artist later experiences in America. The final throes of their relationship include a kitsch scene of yellow fabric shopping in which curtain rings become symbolic ‘wedding rings’ and ‘I dos’ are exchanged. It shows the extent to which, by 2017, the subversive impact of a symbolic male–male wedding has waned.

When the film enters its American phase, there is a heavily signposted transition that could signify the transnational shift in the meaning and reception of Laaksonen’s drawings. Tinkling piano gives way to disco, and Tom of Finland men come to life in the streets of San Francisco. The last sections have The Imitation Game syndrome – targeting a wider audience by banalising the artist’s sex life and fixating on small acts of courage from the past that presage the spirit of gay liberation. Familiar debates are parsed about whether the sexual licence of Larksanon’s work was responsible for the ecological crisis of HIV/AIDS and whether the work is art or porn. These queries are crammed, rote and quickly resolved: no, and it’s both. We’ve seen these debates in more nuanced recent accounts of queer history in both documentary and narrative forms. This frogmarching through AIDS crisis backlash and the eventual reclamation of Laaksonen’s makes the film feel superficial and overlong. 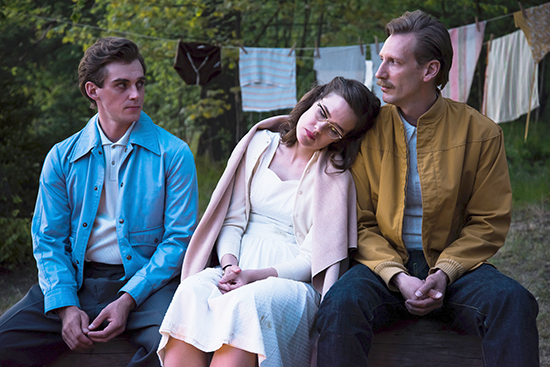