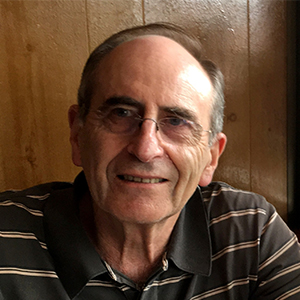 Alex Skovron is the author of seven poetry collections, a prose novella, The Poet (2005), and a book of short stories, The Man who Took to His Bed (2017). His volume of new and selected poems, Towards the Equator (2014), was shortlisted in the Prime Minister’s Literary Awards. His work has been translated into a number of languages, and he has co-authored book-length translations of two Czech poets: Jiří Orten and Vladimír Holan. His new collection, Letters from the Periphery, is now available. He was born in Poland, lived briefly in Israel, and arrived in Australia aged nine. He lives in Melbourne.

It’s a diverse list. In primary school, not long after my arrival in Australia, I was entranced by Coleridge’s ‘The Rime of the Ancient Mariner’: its narrative drive, its music. By the time I started to write, Shakespeare was in my ears, along with T.S. Eliot’s rhetorical élan and authority. A bit later came Gerard Manley Hopkins, his startling rhythms and subversive syntax; the heady intensity of Rimbaud; Ted Hughes with his vigour and richness of grain; and Dylan Thomas, Sylvia Plath, John Berryman, Kenneth Slessor, Les Murray, Bruce Dawe, Gwen Harwood, Peter Porter, Evan Jones; as well as fellow Poles Zbigniew Herbert, Czesław Miłosz, and Adam Zagajewski. Also the elegies of Rilke and Dante’s Commedia. But not only the poets. James Joyce, whose Ulysses taught me so much about prose; Franz Kafka, who could forge a world in a single paragraph; and the magicians Jorge Luis Borges and Italo Calvino.

Both. Whether or not a poem has been ‘inspired’, it’s the craftsmanship that gives it flight.

Anything. Something I’ve read, a thought or idea I’ve jotted down, memory (a rich source), an incident, a conversation, a quotation I’ve recorded in my notebook, an emotion, a speculation, a new form I want to tackle.

I’ve learnt to recognise those moments that urge me to write. They can occur at any time – moments when ‘the current is running’. In recent years, most of my first drafts have been handwritten in cafés. I can’t write to loud music, but a room with ambient conversation is fine. Prose poems and fiction, however, I usually create at home, typing straight into Word.

On average, between two and eight – though some ‘drafts’ entail just a few changes. Occasionally, the handwritten first draft, reworked and finessed on screen, will remain the poem’s only draft; but that’s relatively rare.

I met Gwen Harwood only once or twice, and would have enjoyed sitting down with her to chat about poetry, music, philosophy, and the world in general.

A tough one. Maybe the Selected Poems of Kenneth Slessor (Angus & Robertson, 1977).

For me, solitude. Much as I enjoy the company of fellow writers, I’ve never belonged to writing groups.

What have you learned from reviews of your work?

How different reviews, whether complimentary or critical, will focus on different aspects of a book. A review can also bring to my attention any difficulties or issues the reader may have encountered with my work, which is useful to know and perhaps learn from.

A cruel assignment, but the collection would probably be the complete works of Shakespeare. A single poem makes for an even crueller toss-up, from a broad list of contenders – which would need to include ‘The Second Coming’, ‘The Love Song of J. Alfred Prufrock’, and ‘Ozymandias’.

What is your favourite line of poetry?

From The Wanderer by John Masefield, here’s the first of three triplets I like to recite: ‘Therefore, go forth, companion: when you find / No highway more, no track, all being blind, / The way to go shall glimmer in the mind.’

Appreciated, yes; but deeply read and engaged with? Mostly by a passionate minority.’