The Louvre: The many lives of the world’s most famous museum by James Gardner

Although most of the ten million annual visitors to the Louvre think of it as an art museum and former royal palace, for much of its history it has performed other functions. The Louvre has also played a defining role in many events in French history. Its raison d’être in the Middle Ages was as a fortification in the then most westerly part of Paris. Transformed into a royal palace during the sixteenth century, it has undergone more than twenty different extensions and renovations under successive rulers and administrations, emerging as the behemoth we know today. Surprisingly for a building that so much embodies Paris and feels so permanent, much of the Louvre was created during the third quarter of the nineteenth century under Napoleon III, when it was almost doubled in size and given its external ‘dizzying opulence’, as James Gardner describes it in this new book. 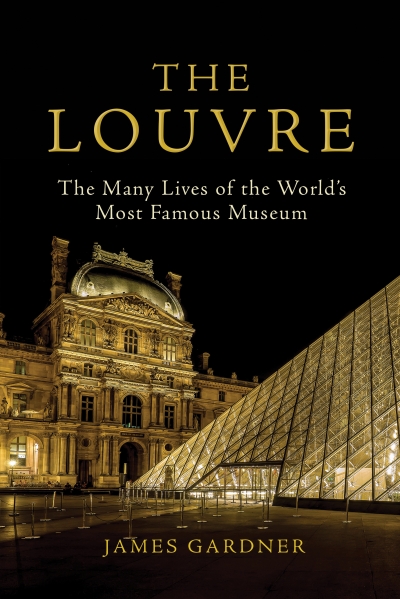 The Louvre: The many lives of the world’s most famous museum