Lowitja: The authorised biography of Lowitja O’Donoghue by Stuart Rintoul

In Recollections of a Bleeding Heart (2002), Don Watson wrote that Lowitja O’Donoghue ‘seemed then and has seemed ever since to be a person of such transcendent warmth, if Australians ever got to know her they would want her as their Queen’. Robert Manne, in the first-ever Quarterly Essay (2001), portrayed her as ‘a woman of scrupulous honesty and great beauty of soul’. These qualities gleam in Stuart Rintoul’s handsomely produced biography.

O’Donoghue was born in Indulkana, South Australia, in 1932, the fifth child of Lily and Tom. Her mother was Anangu and her father Irish. When she was two, South Australia’s Aboriginal Protection Board removed Lowitja to the Colebrook Home for Half-Caste Children, where she was renamed Lois. She did not see her mother for the next thirty years, and never spoke to her father again. Colebrook was ‘a crowded house, full of children taken from their parents and told to forget’. Why? A clue lies in the description of the children by Violet Turner of the United Aborigines’ Mission as ‘pearls to adorn the diadem of the King of kings … these little dark children … brought up from the depths of ignorance, superstition, and vice’. 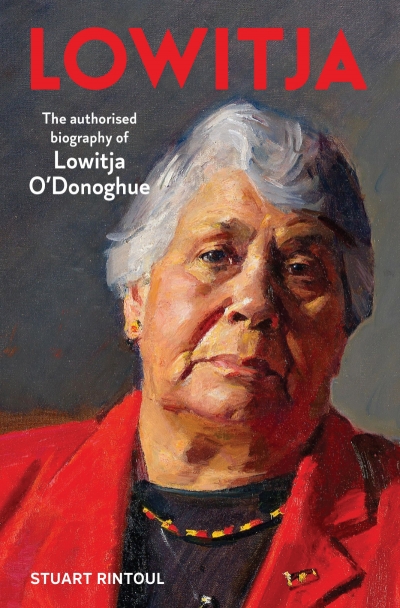