Title Fight: How the Yindjibarndi battled and defeated a mining giant by Paul Cleary

On the wall of Yindjibarndi leader Michael Woodley’s modest office in the Pilbara Aboriginal community of Roebourne hangs a large framed portrait of Muhammad Ali and a pair of boxing gloves. It seems a highly appropriate metaphor for the tale of this small Aboriginal group’s thirteen-year resistance to one of Australia’s most powerful companies, now recounted by former Australian journalist Paul Cleary.

Title Fight highlights the unequal relationship between Western Australia’s under-resourced Aboriginal groups and multinational giants like FMG that seek to exploit the state’s vastly profitable mineral resources, often using processes that conflict with the principles of free, prior, and informed consent, protection of Indigenous cultural heritage, and the right to fair and equitable compensation, which are clearly articulated in the UN Declaration on the Rights of Indigenous Peoples signed by the Australian government in 2009.

Rio Tinto’s legalised destruction of the 46,000-year-old Juukan Gorge site in May 2020 highlighted the failure of Western Australia’s Aboriginal Heritage Act 1972 to protect Aboriginal heritage sites of global significance. These include not only Juukan Gorge but also the Burrup Peninsula, the world’s oldest and largest outdoor rock art gallery, where the McGowan state government is continuing to promote large-scale industry such as Woodside’s Scarborough LNG project, despite having nominated the area for UNESCO World Heritage Listing in 20181. 'Commonwealth heritage legislation has proved similarly toothless, with one hundred per cent of federally determined protection applications between 2007 and 2013 failing.2 In Cleary’s meticulously detailed account of the Yindjibarndi/FMG struggle, native title legislation also seems to fail First Nations peoples in delivering the full promise of the 1992 Mabo judgment. 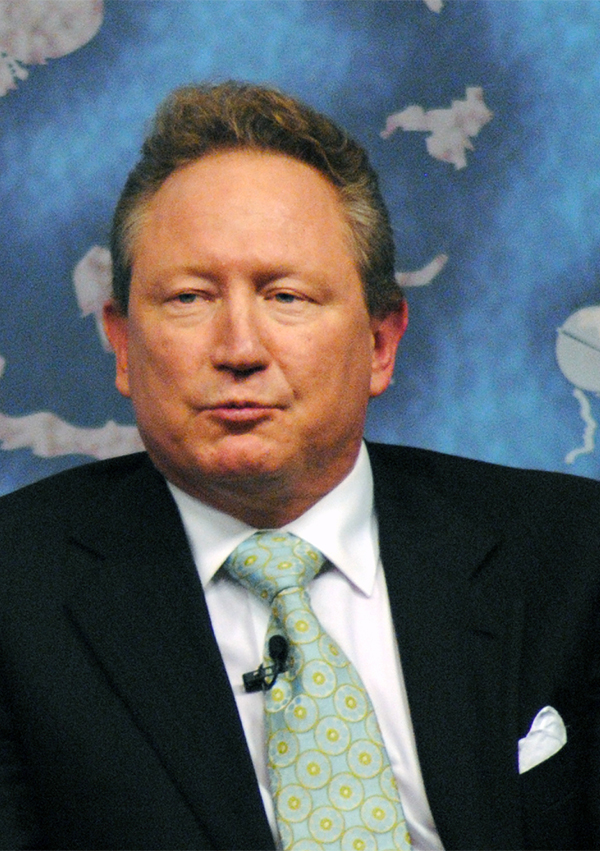 After discovering the huge 1.7 billion tonne Solomon iron ore deposit in Yindjibarndi country in 2007, FMG began negotiating with the Yindjibarndi Aboriginal Corporation (YAC), as mandated under the Native Title Act 1993. The company proposed an extraordinary ‘whole of land claim access agreement’ for ‘any and all tenure desired by FMG’ for an indefinite time and unspecified project, which would have given the company ‘unfettered access to Yindjibarndi country for as little as $3 million a year and subordinated the group’s native title rights to FMG’s desire to conduct operations “without interference or interruption”’. In line with CEO Andrew Forrest’s well-known rejection of ‘mining welfare’, FMG’s financial offer was also far below established industry rates. In the words of YAC’s mercurial young CEO, Michael Woodley, FMG was demanding a blank cheque to do ‘anything, anywhere, anytime’.

After negotiations with YAC broke down, FMG proceeded with its mining operations without obtaining a land use agreement with the Yindjibarndi, thus exposing the company and its investors to the legal risk of future compensation claims. A former FMG employee was installed as chief strike-breaker in the Roebourne Aboriginal community, undermining YAC’s bargaining position through an FMG-funded breakaway native title group: the Wirlu-murra Yindjibarndi Aboriginal Corporation.

Exploiting weaknesses inherent in Western Australia’s highly privatised Aboriginal heritage consultancy industry,3 FMG was able to ‘shop around’ for heritage reports that suited its own agenda. It threatened to withhold invoice payments unless consultants changed their heritage reports to suit FMG requirements.4 My anthropologist colleague Brad Goode was sent packing after he refused to comply. FMG later engaged the services of a more amenable Victorian outfit, Alpha Archaeology, which assisted FMG to under-report previously recorded Solomon Hub heritage sites by thirty per cent, according to state government estimates.

A battalion of FMG lawyers began exploiting loopholes in the native title process and WA’s laughable Aboriginal heritage protection regime5 to fast-track the Solomon Hub mine in the face of YAC opposition, and set off a litigation firestorm in an effort to put YAC out of business. In the notorious ‘50 Cent Hall’ native title meeting orchestrated by FMG and attended by Andrew Forrest in 2011, the company attempted to remove opposition to granting FMG tenements by replacing YAC applicants on the Yindjibarndi #1 native title claim with pro-FMG Wirlu-murra applicants. Wirlu-murra supporters were paid $500 sitting fees and bussed in from as far away as Carnarvon. YAC’s video of these unedifying proceedings was posted online as ‘The Great FMG Native Title Swindle’, then removed following FMG legal representations to Vimeo, but later reposted on the website of an Indigenous media outfit operating out of Nunavut, in Canada’s Arctic region.6

In what Cleary describes as probably ‘one of the most audacious exercises of orchestration and manipulation ever undertaken by a major listed Australian company’, FMG in 2015 created a second Aboriginal corporation and organised another sham native title meeting in an attempt to stop YAC from proceeding with its native title claim for exclusive possession and compensation over the Solomon Hub mine.

But YAC was to triumph in Federal Court Justice Steven Rares’s 2017 ruling that the Yindjibarndi did indeed have exclusive possession over the Yindjibarndi #1 claim area, including the Solomon Hub mine. FMG’s appeal of this decision was rejected by five judges of the Full Federal Court in 2019. A hard loser, the company made a final appeal to the High Court, which was dismissed in May 2020, with the Yindjibarndi right to exclusive possession again upheld. The intense emotional reactions of Yindjibarndi people gathered back in Roebourne to this historic announcement were memorably captured by the local Ngaarda Media unit.7 Lawyers for YAC are now preparing a compensation claim for loss of native title rights against FMG, which is expected to run into hundreds of millions of dollars. But this stunning moral and legal vindication has come at enormous cost to a community still split by FMG’s divide-and-rule tactics.

The massive profits from FMG’s dramatic break into the Pilbara iron ore market have not only made Andrew Forrest the richest man in Australia (and second richest person after Gina Rinehart), but have also supercharged a veritable philanthropic bonanza; about half of the Forrest family’s income of $4.52 billion has been channelled through its Minderoo Foundation into a wide range of philanthropic initiatives. Cleary acknowledges FMG’s Indigenous employment initiatives, but highlights the contradiction between Forrest’s high-profile advocacy of human rights issues like anti-slavery and his company’s clear disregard, in its dealings with the Yindjibarndi and other Pilbara Aboriginal groups,8 for human rights principles enunciated in the UN Declaration on the Rights of Indigenous Peoples.

Forrest’s 2020 ABC Boyer lecture series perhaps represents an apotheosis in terms of his influence in the Australian public sphere, and contrasts with the significant reputational damage suffered by a number of key facilitators of FMG’s aggressive but failed strategy to smash Yindjibarndi resistance. Solicitor Ron Bower had acted for Wirlu-murra in the notorious 50 Cent Hall meeting, but in 2017 was found by the Legal Profession Complaints Committee ‘to have engaged in consistent and substantial misleading conduct’, and was suspended from practising. He lost his appeal against the ruling in 2018. Alpha Archaeology had facilitated FMG’s Solomon Hub development by recommending that no further archaeological work be done on 14 of 24 previously recorded sites, ‘contrary to the recommendations of earlier surveys, which indicated that such work was warranted because of the sites’ significance’.9 A list of accreditations from numerous professional heritage bodies was subsequently removed from the company’s website, while FMG’s point man in Roebourne (a former hero of WA’s Aboriginal land rights movement) is now widely regarded as a pariah by his former associates.

The publication of Cleary’s extraordinary tale of First Nations resistance to Australian corporate bastardry coincides with widespread opposition by Western Australian Aboriginal groups and professional associations to the McGowan government’s current Aboriginal Cultural Heritage Bill. Recently retired Aboriginal Affairs minister (and recently appointed Rio Tinto and Woodside board member) Ben Wyatt intended this legislation to supersede WA’s Aboriginal Heritage Act 1972.10 Yet in September 2021, a group of senior Aboriginal leaders submitted an urgent request to the UN Committee on the Elimination of Racial Discrimination to review the Bill, arguing that it falls far short of the principles of protection for indigenous cultural heritage enunciated in the UN Declaration on the Rights of Indigenous Peoples endorsed by the Australian government.11 The fight for Aboriginal people’s cultural rights in Western Australia continues.12 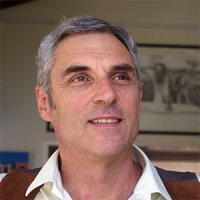 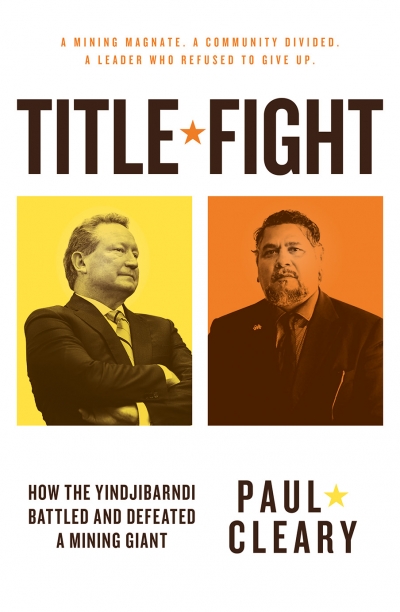 Title Fight: How the Yindjibarndi battled and defeated a mining giant