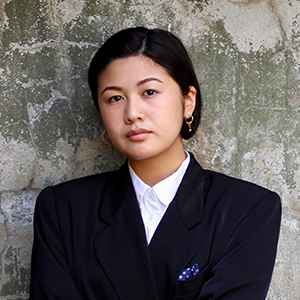 A poet, critic, and former editor-in-chief of Peril magazine (2017–20), Mindy is currently undertaking a PhD in Creative Writing at Queensland University of Technology. She has won the Queensland Premier’s Young Publishers and Writers Award and the Tom Collins Poetry Prize, as well as a number of prestigious international fellowships. Her collection of poems, August Burns the Sky, was shortlisted for the Thomas Shapcott Poetry Prize.

The Rising Stars program – generously funded by the ABR patrons – is intended to advance the careers of younger writers and critics whose early contributions to ABR have impressed readers and editors alike.

ABR is acutely aware of the immense challenges facing freelance writers, especially younger ones, during the pandemic. The Rising Stars program assumes even greater importance as we mentor our best young writers and critics. Mindy Gill has made a real impression since joining the magazine in 2020. We look forward to working with our new Rising Star.’

I am delighted to be named ABR’s fifth Rising Star; the confidence that the magazine has placed in me is an honour. I feel fortunate to write for a publication so dedicated to enriching the marketplace of ideas, especially in a cultural climate as tenuous as this one. But above all, I feel extraordinarily lucky to receive ABR’s mentorship and guidance. Since I began writing for ABR, I have been moved by the staunch support Peter Rose extends to his writers, and by how strongly he values and encourages their independence of thought. I look forward to writing criticism that embodies the magazine’s rigour, fearlessness, and uncompromising vision, and can think of no better place to cut my teeth as a young writer.’

Finalists are also in the running for the $3,000 Civic Choice Award, which will be determined by a public vote and is now open via the Melbourne Prize website.

This year’s prize is judged by writers Alice Pung and Declan Fry, and Sydney Writers Festival artistic director Michael Williams. The winners of the Melbourne Prize for Literature, including the winner of the $20,000 Professional Development Award, will be announced on 10 November via an online broadcast on the Melbourne Prize website.

The sixteenth Calibre Essay Prize will open on October 11. Of the total prize money of $7,500, the winner will receive $5,000. The judges on this occasional will be critics and essayists Declan Fry and Beejay Silcox (both well known to our readers), and Peter Rose. Essayists will have until 17 January 2022 to enter the Prize. All our previous winners appear online, and many have now recorded their essays for the ABR Podcast.

Meanwhile, the Peter Porter Poetry Prize – with total prize money of $10,000 – will close on 4 October. We look forward to publishing the five shortlisted poems in the January–February issue.