‘And what is wrong with sad stories? The world is always sad.’ So advises Little Red, the aged, marginalised, knowing female character in the title story of Tony Birch’s latest short fiction collection. As in Birch’s previous works, Dark as Last Night contains an abundance of sad stories, but with grief and trauma ameliorated by the main protagonist’s affection for at least one other character, be it a family member or neighbour.

All these stories are either set in, or recall, the past (mostly the early 1970s) – a past invariably marked by hardship. We read of tough streets, poverty, kids going without, neighbourhood gangs, and, again and again, the abusive and/or absent father. But we also read of sibling love, resilient mothers and grandmothers, and neighbours, equally impoverished yet resourceful and wise. So ubiquitous are these settings that much of Birch’s impressive oeuvre seems to embody one core story: the tough upbringing.

Hardship, inequality, prejudice, and poverty don’t simply reside in the past, of course – these problems remain, exacerbated by a federal government that provides mining magnates with one-on-one meetings and welfare recipients with Robodebt. Yet even today, our literature often bears witness to an Australia still longing, nostalgically, for Depression-type stories of penury, palpable trauma, and hard-bitten but ‘colourful’ characters, of whom it might be said: they don’t make ’em like that anymore. It’s as if the routines, joys, and grinding boredom of contemporary middle and outer suburbia are insufficient to engage a largely middle-class readership – or, for that matter, authorship. Life in the mortgage belt – of long commutes, reality television, ‘screen time’, and passable home delivery – rarely cuts the mustard.

First Nations people, clearly, have long known, and continue to know, poverty, inequality, and hardship. Through pervading intergenerational trauma, the past inevitably, and necessarily, invests itself in the present. Birch, a First Nations man brought up in Melbourne’s inner-northern suburbs before they became hip, has known more than his fair share of trauma, and he brings this experience tellingly to Dark as Last Night. A girl takes refuge from her violent father in the ramshackle home of an ostracised but kindly neighbour (the aforementioned title story); a man must see to the remains of his unloving, and unloved, father (‘Probate’); a child longs despairingly to help set up the annual school Christmas manger, overseen by a priest who has his own motivations (‘The Manger’); a brother and his nurse sister maintain a vigil by their dying grandmother, a member of the Stolen Generations (‘Together’).

Throughout these strong stories, as in Birch’s novels and three previous story collections, we are reminded of the centrality of family. Life is difficult. The father, with all his failings, may be pivotal or peripheral, but women endure, as do sibling allegiances. In the book’s acknowledgments, Birch writes of how three stories – ‘After Life’, ‘Bicycle Thieves’, and ‘Lemonade’ – are dedicated to (and, one might guess, partly based on) his younger brother Wayne, who died in 2018. Each offers a tender portrait of brotherly love. The first and third of these are set in the present day, in the wake of the younger brother’s death, though ‘Lemonade’ poignantly recalls a childhood past, when the narrator believes he once failed his trusting sibling; his regret lingers. ‘Bicycle Thieves’, a tour-de-force portrayal of sibling loyalty and motherly love, is a raw depiction of what might variously be longed for, granted, and taken away. Each of these stories sees one brother protectively, imperfectly, standing by his vulnerable younger brother: doing what must be done, even after death. Aspects of this faltering yet enduring sibling loyalty, invoking an Australia of the past, recalls a classic of half a century earlier: George Johnston’s My Brother Jack.

Sibling allegiance is not, however, only in the realm of men and boys. In ‘Flight’, a touching companion story to ‘Bicycle Thieves’, it’s an older sister who protects her younger brother, intervening physically when a kite he has been gifted (with all its intimations of heaven-bound freedom) is stolen by a neighbourhood gang.

Death looms large in, though doesn’t overwhelm, this collection. Both ‘Probate’ and ‘The Death of Michael McGuire’ feature put-upon narrators reluctantly agreeing to oversee the affairs of no-gooders facing death. The latter story, a mildly comic genre piece, features a petty criminal awaiting his near-certain execution after skimming the profits of a crime syndicate. More soberly but affectingly, in ‘Bobby Moses’ the eponymous character – an Elder and member of the Stolen Generations – visits his home country as he nears the end of his life and strikes up an unlikely but welcome camaraderie with a local police officer.

White authority figures often loom as threat, but are generally more than one-dimensional. In ‘Bobby Moses’ and, to some extent, ‘Dark as Last Night’, individual police officers extend a measure of insight and sympathy. In ‘The Librarian’, the title character proffers physical, emotional, and intellectual refuge to a school student.

These vivid, empathetic realist stories, untouched by postmodernism, make few demands on the reader in regard to style, plot, or character motivation. (As one small example, three pages in, it would be enough to tell us the character is ‘shaking’ without adding ‘with fear’.) Some flirt with twee endings. But they are stories that stay with us: powerful evocations of how the past bears down on the present – in particular, of how women survive, and children carry their experiences into adulthood. As Little Red advises: ‘Women. Children. We carry our stories with us.’ 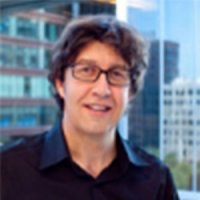 Anthony Lynch lives on the Bellarine Peninsula, Victoria, where he writes poetry, fiction, and reviews. His work has appeared in The Age, The Best Australian Poems, Island, and Southerly. His short story collection Redfin (2007) was shortlisted for the Queensland Premier’s Literary Awards. His poetry collection Night Train was published in late 2011 by Clouds of Magellan. He is publisher at the independent publishing house Whitmore Press and an editor at Deakin University. 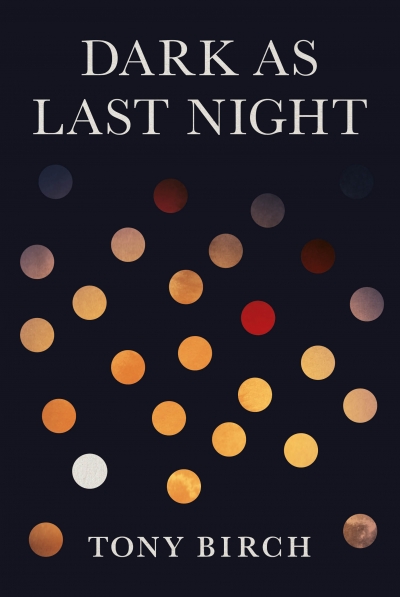