The Zealot and the Emancipator: John Brown, Abraham Lincoln and the struggle for American freedom by H.W. Brands

Lerone Bennett Jr, bestselling author of Black history, ruffled feathers with a 1968 article in the glossy monthly magazine Ebony. ‘Was Abe Lincoln a White Supremacist?’ the piece’s title asked provocatively. The title of Bennett’s later book on the topic proclaimed that Lincoln was Forced into Glory. Mainstream media either ignored or denigrated Bennett’s work, but his insights about Lincoln’s racism paved the way for a host of historical works that have revised our understanding of who should be credited with ending slavery in the United States.

That credit lies, beyond a doubt, with enslaved people and, secondarily, with their free Black and white allies. The latter included the estimable John Brown (1800–59) and, eventually, Abraham Lincoln (1809–65) – the ‘zealot’ and ‘emancipator’, respectively, of H.W. Brands’s title. Enslaved Africans and their descendants refused to believe they were inferior to white people. They knew there was nothing natural in their being enslaved, no matter what contemporary science and theology claimed. Their resistance to ideas about racial difference, which sought to justify enslaving a cheap labour force, was fundamental to ending Atlantic slavery. 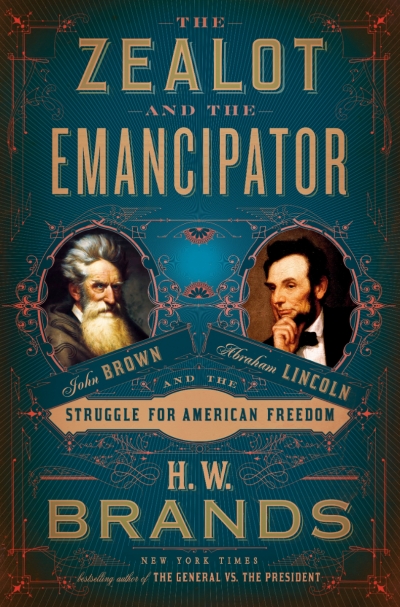 The Zealot and the Emancipator: John Brown, Abraham Lincoln and the struggle for American freedom