On the morning of 6 January 2021, President Donald Trump addressed a crowd of his supporters outside the White House for more than an hour. The president urged protesters who had already begun gathering along the National Mall to go to the Capitol Building where both houses of Congress were about to start the process of certifying the results of the electoral college, formalising Joe Biden’s victory in the November 2020 election. The election had been stolen, Trump told them. It was time for them to take it back and march on Congress: ‘You will never take back our country with weakness,’ said the president.

In the previous days, right-wing Facebook groups and other social media forums were flooded with users announcing their intention to overturn Biden’s victory, pictures of semi-automatic weapons often accompanying their posts. Prior to Trump’s taking the stage, the president’s son Donald Trump Jr had stirred up the crowd by attacking and threatening the Congressional Republicans who refused to break the law and reject the outcome of the election. Included among the various ‘traitors’ to Trump and his dwindling inner circle was Vice President Mike Pence. The previous day, Pence had told Trump directly that he would not use his role in the Senate to appoint new electors and wrote in a formal letter to the president that, ‘as a student of history who loves the constitution’, he simply could not overturn the election. Of course, any such intervention would likely be rejected by the Supreme Court anyway and might wreck Pence’s presidential chances in 2024, should Trump and his wing of the Republican Party disintegrate. 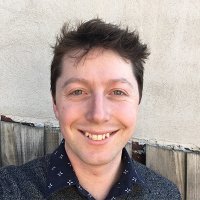 Samuel Watts is a PhD Candidate in History and a teaching assistant in both History and Politics at the University of Melbourne. His research focuses on the experiences of African Americans in the Deep South during Reconstruction. In 2018, he was the recipient of the Wyselaskie Scholarship in History. He is the managing editor of ANZASA Online, an American studies blog.