Recently a large cockroach appeared on the reputation and memory of my late father, Hirsch Munz (HM), suggesting that he was the mastermind of a second Soviet spy ring, not exposed in the Petrov Affair, from the time he was placed in Australia by Soviet military intelligence in the late 1920s to the 1950s. Despite this slur, he was a good man: his Australian Dictionary of Biography entry outlines his contributions to Australian agricultural science and to English and Yiddish letters. My father having died in 1978, there is no legal recourse to counter this untrue, gratuitous, and defamatory speculation about him. Fortunately, a historian friend alerted me to these allegations in John Fahey’s book Traitors and Spies: Espionage and corruption in high places in Australia, 1901–50 (Allen & Unwin, 2020) before they were publicised in an illustrated article in the Melbourne Herald Sun, its companion podcast, and an interview on ABC Radio. I was therefore able to promptly deny the allegations in the next day’s edition of that paper. 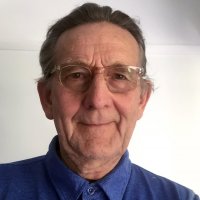 Martin Munz was educated in Melbourne and initially practised as a lawyer. He subsequently retrained as an artist and became a contemporary art space director and worked for the Australia Council. For the past decade he has been regenerating the bush in northern New South Wales while continuing to paint.