How To Hide An Empire: A short history of the greater United States by Daniel Immerwahr

On 7 December 1941, Japan bombed the American naval base at Pearl Harbor. The following day, President Franklin D. Roosevelt declared that it was a date that would ‘live in infamy’. Those who heard his radio broadcast knew that the United States would be drawn into the war that had engulfed Europe and the Middle East. But for some, the content of FDR’s address was baffling. People in the US-held Philippines, who had also been subjected to attack, wondered why the focus was primarily on Hawai’i, and not the devastation that had been wreaked on them too:

A reporter described the scene in Manila as the crowds listened to Roosevelt’s speech over the radio. The president spoke of Hawai’i and the many lives lost there. Yet he only mentioned the Philippines, the reporter noted, ‘very much in passing’. Roosevelt made the war ‘seem to be something close to Washington and far from Manila.’ This was not how it looked from the Philippines, where air-raid sirens continued to wail. ‘To Manilans the war was here, now, happening to us,’ the reporter wrote. ‘And we have no air raid shelters.’

It is this strange reality, of territory held but barely acknowledged by the United States, that opens Daniel Immerwahr’s How to Hide an Empire: A short history of the greater United States. Immerwahr has constructed a fast-moving page-turner that examines the strange duality of a nation that has engaged in imperial and colonial expansion, and yet has consistently shied away from the term ‘empire’. The book is dedicated to ‘the uncounted’, reflecting those people who live in territories controlled by the United States, but who have no voice and no vote. On the eve of World War II, this figure numbered just more than eighteen million people. For a nation whose revolutionary break from imperial control was defined in part by the statement ‘no taxation without representation’, this is a particularly cruel irony. 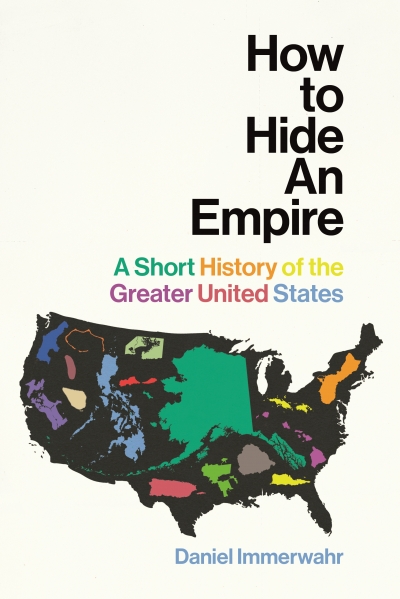