Here and Now: Letters, 2008–2011 by Paul Auster and J.M. Coetzee & Distant Intimacy: A Friendship in the Age of the Internet by Frederic Raphael and Joseph Epstein 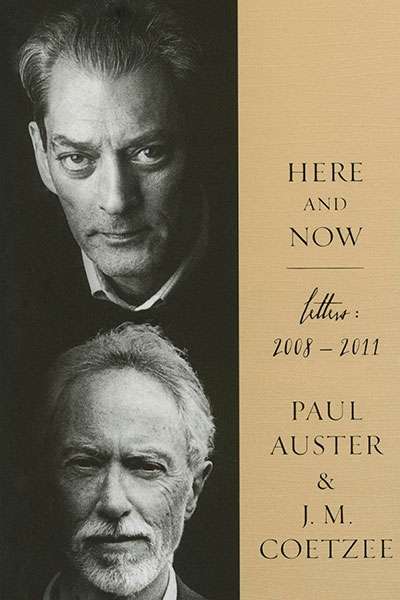 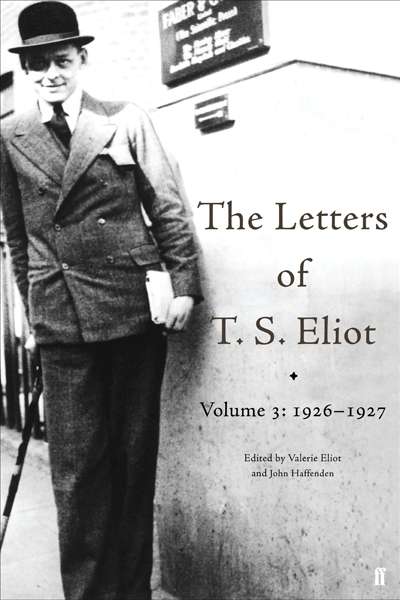 ‘I am back again in London and smothered in work.’ Volume Three of T.S. Eliot’s letters opens to the poet working ‘hours [that] are long and late’, ‘under great pressure’ as a newly appointed professional editor and publisher. Eliot resigned from Lloyds Bank in late 1925 to join the board of Faber and Gwyer. The publishing house bought part of the C ...

Philip Reed and Mervyn Cooke (eds): Letters From a Life 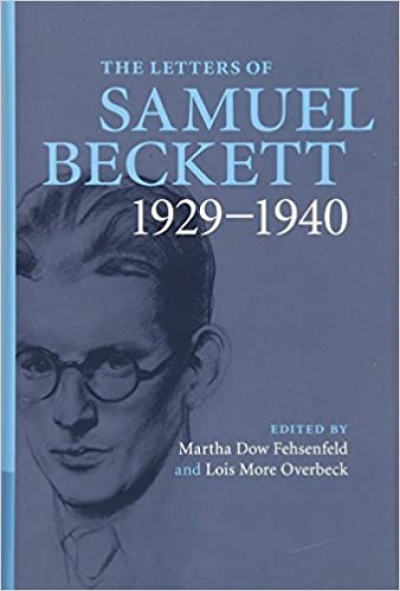 The play that made Samuel Beckett famous, Waiting for Godot (1953), must be the most unlikely box-office success in theatre history. Its upending of dramatic expectations – its bathetic preferencing of repetition over development, tedium over excitement – is an act of aesthetic brutalism as outrageous in its way as Marcel Duchamp’s ‘readymades’ four decades earlier. Yet its depiction of two grubby tramps waiting interminably for someone who never shows up has become a definitive representation of humankind’s state of metaphysical suspension. Life is a conceptual joke: we wait for an explanation that will never be given, beholden to someone or something that, if it is not nothing, might as well be nothing. 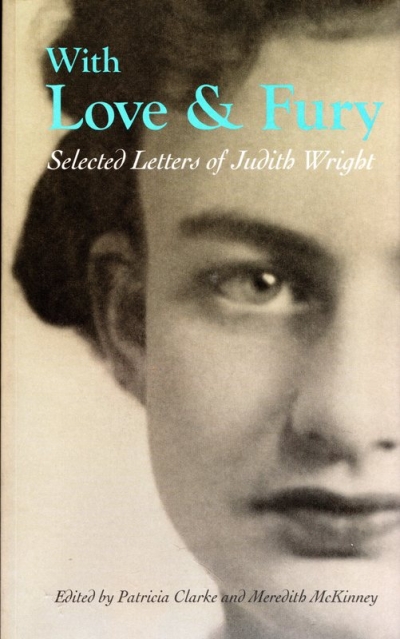 Judith Wright and Barbara Patterson met at a gathering of the Barjai group, a Brisbane salon for young poets and artists, when Judith was almost twice Barbara’s age. Judith had not yet published her first collection, The Moving Image (1946). She read some poems and Barbara was magnetised. 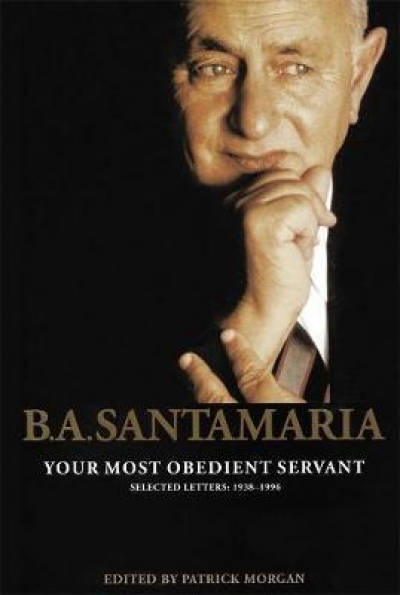 Among countless unused fragments of information from my convent schooldays, I remember the correct forms of address for churchmen of all ranks. For the pope, it was Your Holiness; for a cardinal, Your Eminence. Next came Your Grace and My Lord, for archbishops and bishops. Then the cumbersome Right Reverend and Dear Monsignor, followed by Dear Reverend Father, which sufficed for a priest. 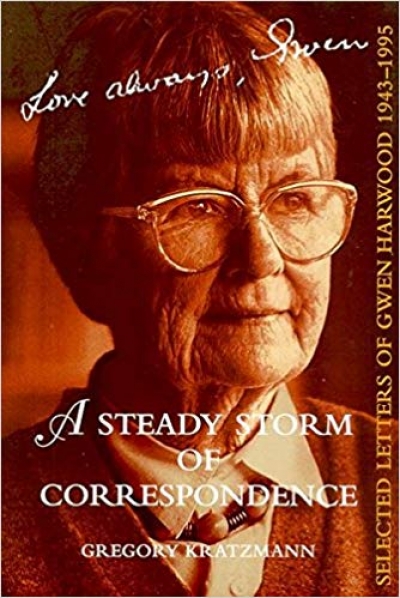 From a small island, messages in a bottle floating out to sea. That was Gwen Harwood’s image for the poems she sent out during her early years in Tasmania, long before she had due recognition. Her letters, by contrast, knew their destination; they were treasured for decades by her friends, and they now make up the remarkable collection A Steady Storm of Correspondence ... ... (read more)

John Shaw Neilson: A life in letters by Helen Hewson 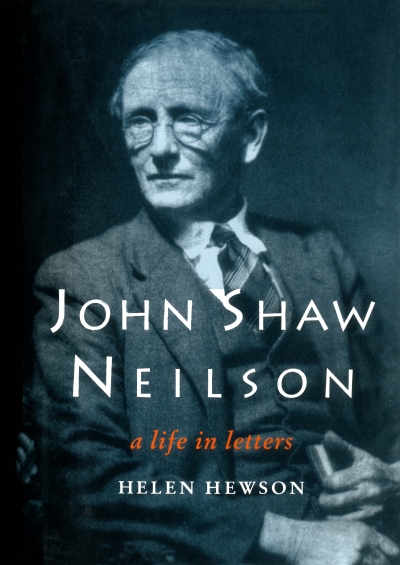 How good is Shaw Neilson? The question has hung around ever since A.G. Stephens, publishing the poet’s first book, Heart of Spring, in 1919, prefaced it with comparisons to Shakespeare and Blake and declared this unknown to be the ‘first of Australian poets’. The claim provoked competitive jealousies in a possessive, parochial literary world and reviewers responded by insinuating doubts. The question remains: is Neilson the greatest Australian poet? For those who want literature to be a horse race, it is unsatisfactory that there is no declared winner, brandishing medal and loot. Neilson loved horses but he disliked the hold that the sporting mentality had over his fellow Australians – especially men. Yet like most writers he was anxious about his standing and, in his perfectionist’s concern to put his best foot forward, he probably contributed to his readers’ uncertainties. Difficulties with his singularity as a poet were compounded by Neilson’s circumstances, particularly the bad eyesight that made him dependent on others in preparing final versions of his work. That was part of a more general dependency on editors, critics, and supporters who had their own ideas of where they wanted to take him 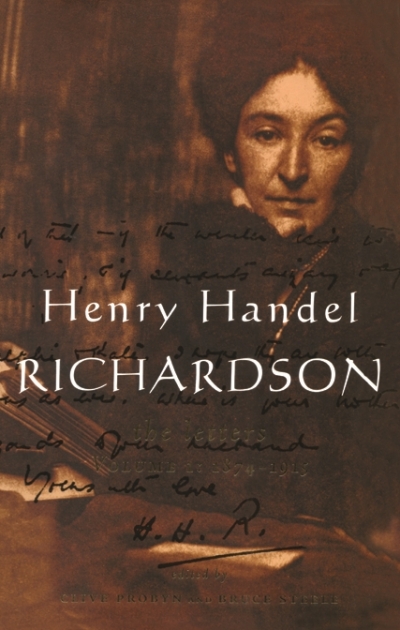 The status of Henry Handel Richardson as a writer in Australia has always been somewhat problematic. Some people put that down to the fact that she was an expatriate. Leaving Australia at the age of eighteen, she returned only once, very briefly, in 1912. Expatriates, however, have often been paranoid about their reputation in this country and inclined to imagine that the Australian public is punishing them for leaving whereas in most cases it is indifferent to or even ignorant of that fact. 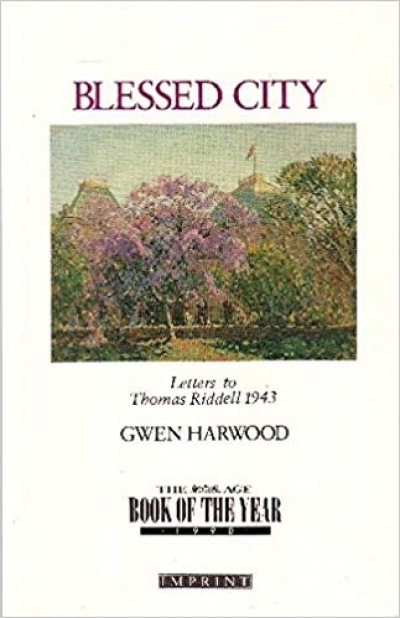 Gwen Foster met Lieutenant Thomas Riddell in Brisbane in 1942, when she was twenty­two. ‘Tony’ Riddell, stationed in Brisbane, was sent to Darwin early in 1943; and between January and September of that year, Gwen Foster wrote him the eighty-nine letters that make up this book. It’s the chronicle of a year, of a city, of a family, of a friendship, of a war no one could see an end to, and of that stage in the life of a gifted young woman at which she says, ‘At present I am unsettled and do not know which way my life will turn.’