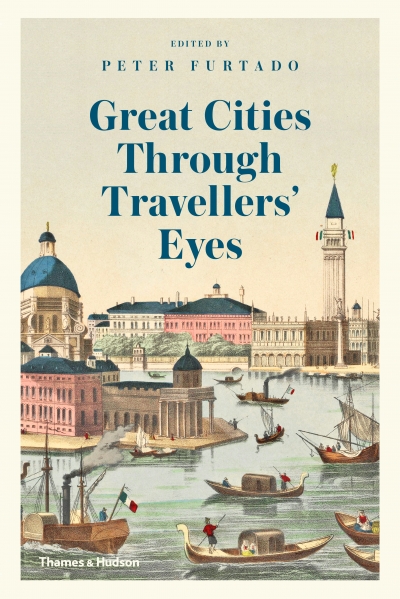 ‘The tourist travels in his own atmosphere like a snail and stands, as it were, on his own perambulating doorstep to look at the continents of the world. But if you discard all this, and sally forth with a leisurely and blank mind, there is no knowing what may not happen to you.’ Thus, in 1928, British writer Freya Stark, an intrepid traveller, described the distinction between a traveller and a tourist. British historian Peter Furtado’s new anthology, Great Cities Through Travellers’ Eyes, is squarely aimed at the former. In it he collects the writings of a diverse group of writers about thirty-eight different cities, over a period dating from ancient times to the 1980s (more on that later). Some writers, such as Marco Polo, Hans Christian Anderson, and Simone de Beauvoir, are well known, others less so.

Some like what they see, others do not. As Furtado observes, ‘the reactions of the writers … reveal as much about their own characters and interests as about the cities themselves’. For example, Anthony Trollope, who visited Sydney in 1871, reveals, perhaps unwittingly, his snobbery in his praise of Sydney’s Botanic Gardens: ‘For loveliness, and that beauty which can be appreciated by the ignorant as well as by the learned, the Sydney Gardens are unrivalled.’