The shortlist for the 2019 Elizabeth Jolley Short Story Prize 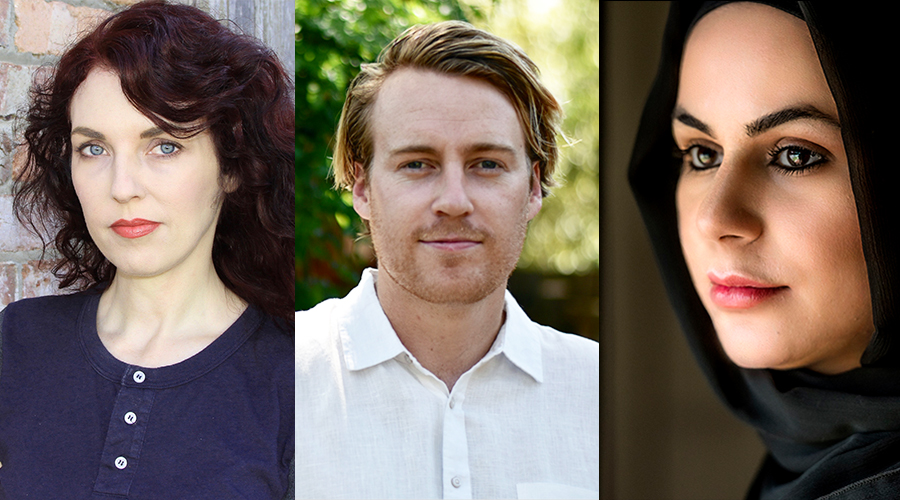 The ABR Elizabeth Jolley Short Story Prize is now in its ninth year. On this occasion we received about 1,350 entries from thirty-eight countries. The judges – Maxine Beneba Clarke, John Kinsella, and Beejay Silcox (chair) – have shortlisted three stories: ‘The Point-Blank Murder’ by Sonja Dechian (Vic.), ‘Miracle Windows’ by Raaza Jamshed (NSW), and ‘Rubble Boy’ by Morgan Nunan (Vic.). They all appear in this issue.

The judges also commended three other stories: ‘Supermarket Love’ by Elleke Boehmer (United Kingdom), ‘Hero Manifest’ by Bill Collopy (Vic.), and ‘Lizard Boy’ by Brendan Sargeant (ACT). These stories will be published online in coming months. The other four longlisted stories are listed here. Congratulations to the authors and thank you to our judges and to all those who entered this year’s Jolley Prize.

If you are in Melbourne on Wednesday, September 11, join us at Readings Hawthorn for the Jolley Prize ceremony – always enjoyable, if tense-making for the authors (only the judges know the winner until he or she is named on the night). The overall winner, to be named by Maxine Beneba Clarke – a stalwart of the Jolley Prize – will receive $5,000. All six authors share in the total prize money of $12,500.

On this occasion, for the first time, all six shortlisted and commended authors will be present. This is a free event and everyone is welcome, but bookings are essential: This email address is being protected from spambots. You need JavaScript enabled to view it.

As always, we warmly acknowledge the generous support of Ian Dickson, who makes the Jolley Prize possible in this munificent form. 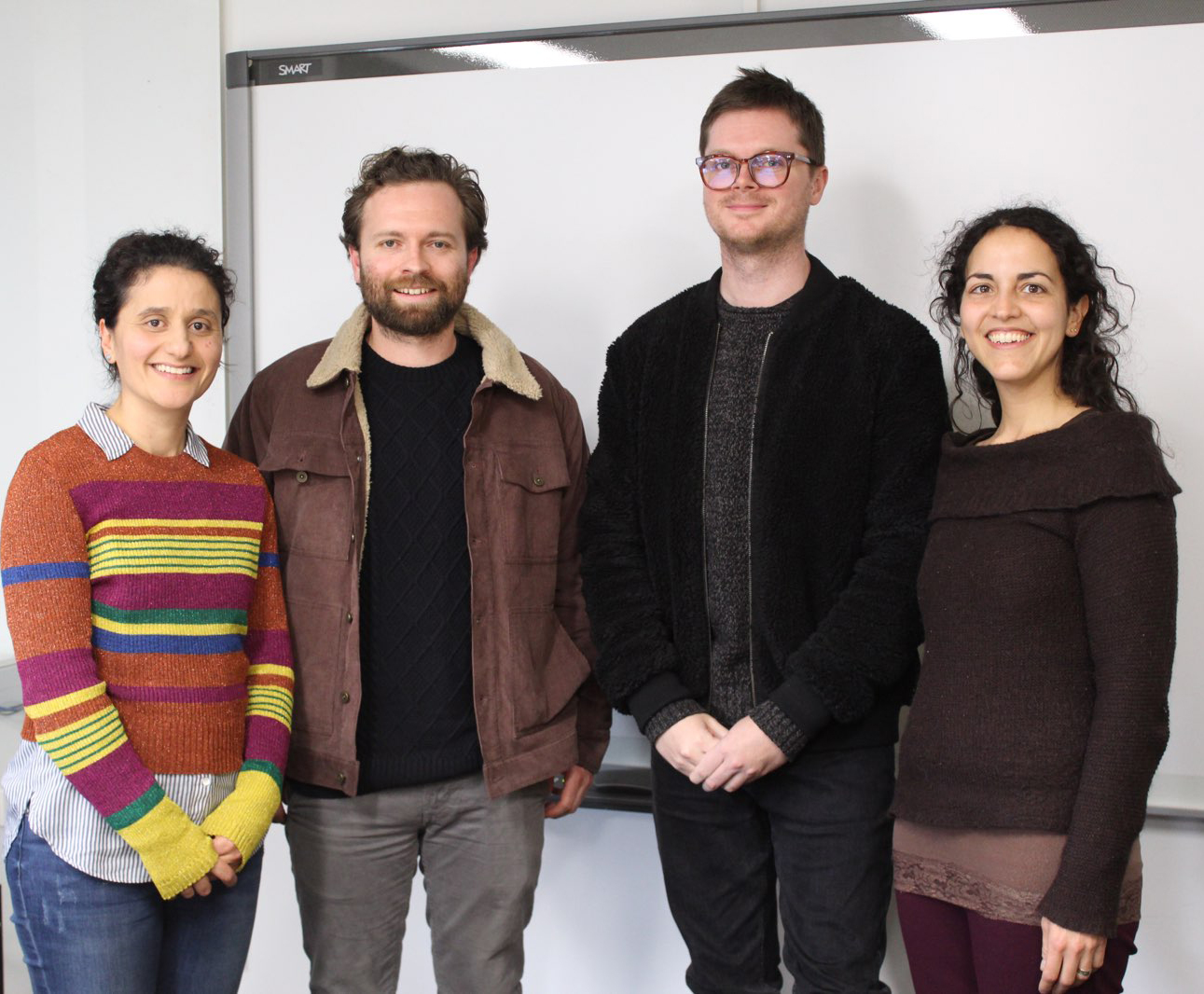 Since its inception in 2016, ABR’s agreement with Monash University has led to a regular ABR presence on campus and a marked increase in Monash contributions to our pages.

A major facet of our agreement with the Faculty of Arts is a series of publishing masterclasses. Over the course of three weeks, the ABR editors introduce groups of twenty graduate students to the rudiments of magazine culture with a view to encouraging them to write for ABR or like publications. Topics include writing for general readers, pitching, working with editors, online publishing, and the art of criticism.

The most recent masterclass concluded on August 20, just as we were going to press. All the participants are encouraged to submit a review or Op-Ed piece for consideration by the editorial team, so that we can award two paid commissions. As happened last time, the quality was so high we ended up tapping four PhD students: Merav Fima (Literary and Cultural Studies), Luke Forbes (Theatre Performance and Music), Christine Lambrianidis (Theatre Performance and Music), and J.R. Burgmann (Literature and Cultural Studies) – photographed together opposite. Merav Fima submitted a review of Elizabeth Bryer’s novel From Here On, Monsters (reviewed by James Halford in the September issue). Last year, coincidentally, Bryer was offered one of these paid commissions at ABR. Doubtless, someone attending the next masterclass will elect to review a new book from Brill – Gal Ventura’s Maternal Breast-Feeding and Its Substitutes in Nineteenth-Century French Art – which Merav Fima, deploying her French and Hebrew, has translated in her spare time. (She has just received the Monash University Literary and Cultural Studies Best Publication Prize for this monograph.)

We look forward to publishing this talented quartet in coming months.

Grace Karskens in conversation at Gleebooks 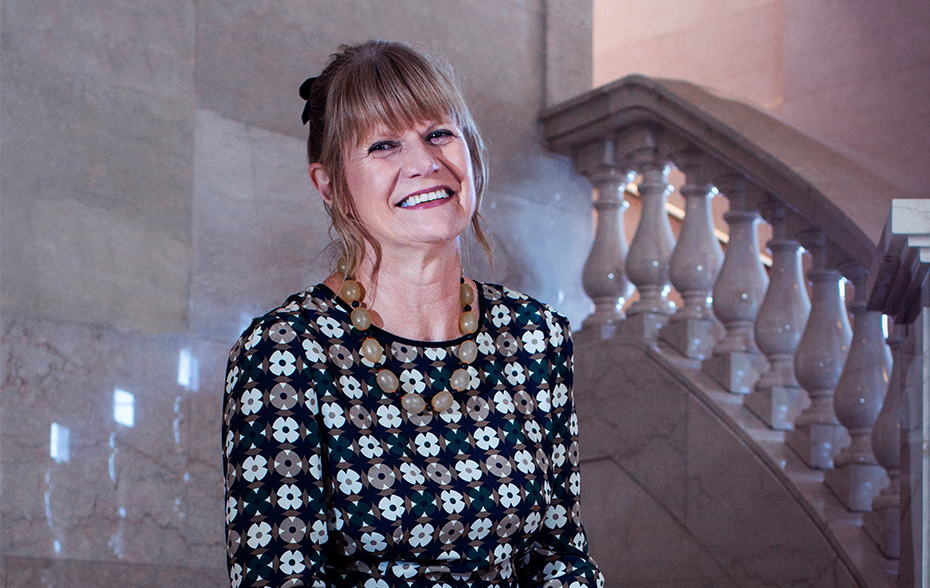 Join us on September 9 at Gleebooks to hear Grace Karskens – winner of the 2019 Calibre Essay Prize – in conversation with author and historian Mark McKenna about her essay ‘Nah Doongh’s Song’. The event starts at 6 for 6.30pm at Gleebooks in Glebe, NSW. Booking details can be found on our website.

ABR is getting a makeover! While our website has served us well over the years, it’s time for a major structural and aesthetic renovation. The website, due to be launched in early September, features a new design specially optimised for reading on phones and tablets. Enjoy reading the Jolley stories and all the other September features – plus our fast-growing digital archive – on our new website. Let us know what you think. 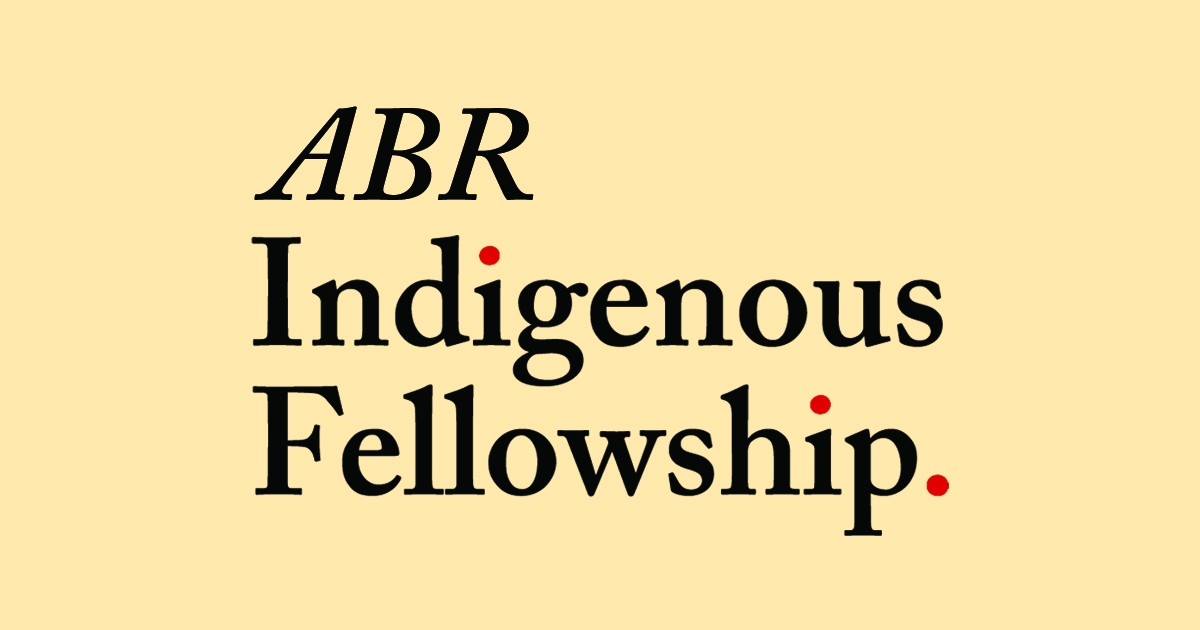 We’ve been heartened by the response to our Indigenous issue in August and to the creation of the ABR Indigenous Fellowship, which is worth $10,000. We encourage interested writers and commentators to contact the Editor, Peter Rose, before formally applying. (Applications close on October 1.) Email him at This email address is being protected from spambots. You need JavaScript enabled to view it.

The ABR Behrouz Boochani Fellowship has now closed and the judges – J.M. Coetzee, Michelle Foster, and Peter Rose – are considering the applications. We look forward to naming the Fellow in coming weeks.

Behrouz Boochani himself, meanwhile, continues to garner plaudits for his memoir, No Friend But the Mountains: Writing from Manus Prison (Picador, 2018), while still languishing on Manus Island because of the obduracy of the Australian government. The most recent of his prizes is the 2019 National Biography Award, which is worth $25,000. Accepting the Award from afar, Behrouz thanked his many supporters but ‘didn’t want to talk about literature’. He described the resistance to his incarceration and that of his fellow prisoners as part of the opposition. He concluded: ‘I think history will judge this generation and will judge all of us for this hard and dark period in Australian history.’

Have you voted in our Favourite Australian Novel since 2000 poll yet? Do so before entries close on September 16 and be in the running to win one of our three special prizes: a $500 gift voucher from Readings, Herbert von Karajan’s Complete Recordings on Deutsche Grammophon and Decca, courtesy of our friends at Classics Direct, or a five-year digital subscription to ABR.

The October issue will include a feature on the Top Twenty novels nominated by readers.

The Peter Porter Poetry Prize doesn’t close until October 1. We’ve been impressed by the prolificacy of the poets. In the first few weeks there was a marked increase in the number of entries compared with recent years. A record field seems likely. Perhaps the new first prize of $7,000 is a factor.

Just a heads-up, as they say, on our other international prizes. To help administratively and promotionally, we’ve separated all three prizes. The Calibre Essay Prize will open a week after the closure of the Porter (October 8), and the next Jolley Prize will open on January 20, soon after Calibre’s closure.

A major new digital resource is now available for writers, publishers, and readers. NED (the National edeposit), as it is affectionately called, is a nationwide digital collection of Australian publications. We’re talking books, journals, magazines, music, pamphlets, newsletters, novels, children’s stories, self-published poetry anthologies, maps – even government reports, if you are so inclined.

NED was made possible by the national, state, and territory libraries coming together to combine their digital archives. Kate Tormey, CEO of State Library Victoria, writes for our new online column Book Talk about ‘the herculean task’ behind the NED and its profound implications for consumers of Australian literature.