Henrik Ibsen: The man and the mask by Ivo de Figueiredo, translated by Robert Ferguson

One of the strongest markers of identity in my birthplace, Iceland, is the idea of independence. The country takes great pride in how it reacquired full independence from Denmark in 1944; one of the main political parties is called the Independence Party, and the most famous Icelandic novel is Independent People by Halldór Laxness. Being an independent-minded person is seen as a defining quality. But I have often felt that only a small country in which everyone is either related or closely connected could be so strident about being independent. In almost all respects the opposite is true.

It would probably be unfair to compare Henrik Ibsen (1828–1906) with a rocky island in the North Atlantic. But as I was reading Ivo de Figueiredo’s captivating new biography of the playwright, I was struck by how Ibsen was rather like Iceland in some of his insistences. The ‘state of Ibsen’, as de Figueiredo puts it, was convinced of its own isolation, as certain as Ibsen’s character Dr Stockmann (in An Enemy of the People) is that ‘the strongest man in the world is he who stands most alone’. The portrait of Ibsen that emerges in this book is of a man who saw himself and his artistic practice in this way. He preferred to examine from the outside rather than from within, and felt that he was writing for eternity rather than as a reflection of his times. He was often unpleasant with his friends and colleagues, and harsh towards his critics and competitors. When living in Italy, Ibsen even kept a scorpion under a beer glass on his desk, seemingly a reminder of his role as a writer: to strike poison where society needed it. 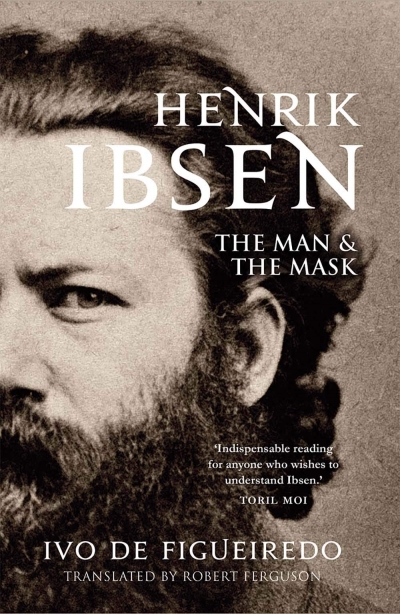 Henrik Ibsen: The man and the mask