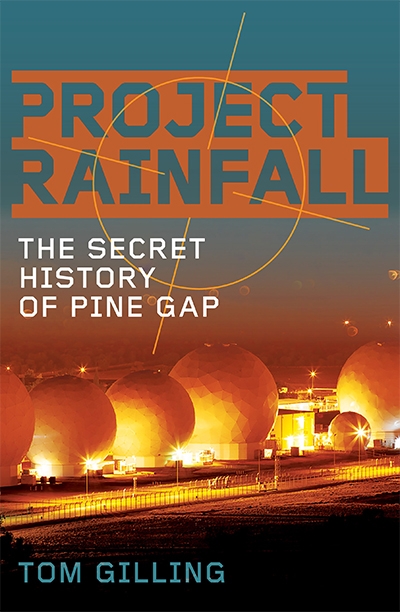 Since the 1960s, US military bases have continuously occupied Australian territory, with the permission of successive governments. Of the original sites, the missile-launch tracker Nurrungar is closed and North West Cape no longer communicates with US nuclear submarines, but it has since gained space surveillance and military signals intelligence functions. Pine Gap listens to signals transmissions from satellites in geostationary orbit; it analyses them and transmits the assessed intelligence to allies; it targets drone strikes and supports the US and NATO in military attacks. Familiar claims about contributions made by Pine Gap to ‘global stability’ through arms control, counterproliferation, and monitoring of adherence to treaties are rhetorical, since Australia and its allies are given to abandoning or ignoring rules that no longer suit their purposes.

The pile of books promising to reveal the ‘inside story’ or the ‘secret history’ of US bases in Australia continues to mount. Brian Toohey’s Secret, following his and William Pinwill’s Oyster, coincides with Project RAINFALL by novelist and war historian Tom Gilling. Earlier Australian efforts include David Rosenberg’s Pine Gap, on which a 2018 television series was based, James Curran’s Unholy Fury, Richard Hall’s The Secret State, and the lifetime of work by Des Ball and his Nautilus colleagues. As well there is New Zealander Nicky Hager’s Secret Power, while revelations from Americans of what their government doesn’t want known include Robert Lindsey’s The Falcon and the Snowman, Glenn Greenwald’s No Place to Hide, Sharon Weinberger’s The Imagineers of War, and many more.

The mountain of bases books is a molehill compared to the intelligence collected by the Five Eyes Anglo-allies through ECHELON, which monitors virtually all the world’s electronic communications, more than can be digested. Stored electronically by the US National Security Agency (NSA), ECHELON intercepts would, if printed, make a paper stack 240 kilometres high.