Many climate activists and scientists are becoming desperate. They have devoted decades to warning the world of the danger of climate change and to forging solutions. But nothing has worked. No climate report or warning, no political agreement, no technological innovation has altered the ever-upwards trajectory of the greenhouse pollution that is ravaging our world. I am not alone in becoming furious at the polluters and those who pander to them, for they are threatening my children and their future as repulsively as any paedophile might.

How astonishing is it to read enthusiastic articles in the financial pages on new fossil fuel ‘plays’, and of the calls of politicians to subsidise new coal-fired power plants. What do their children think? We gain some idea from the latest generation of books by young climate warriors. The most striking thing about them is that they are all remarkably short – as if the new generation have run out of words. What will happen as efforts at persuasion fail? 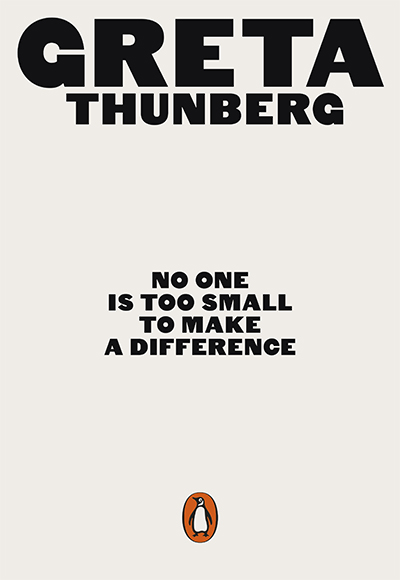 Greta Thunberg’s No One Is Too Small To Make a Difference is the slenderest of books. Its sixty-eight printed pages are filled with breaks and ample spaces, and it takes just minutes to read. But her words are beautiful, ringing with power:

To all the political parties that pretend to take the climate question seriously.
To all the politicians that ridicule us on social media …
To all of you who choose to look the other way every day …
Your silence is almost worst of all.
The future of all the coming generations rests on your shoulders.

Thunberg is a sixteen-year-old Swedish schoolgirl famous for single-handedly instigating the now global school climate-action strikes. She has Asperger’s syndrome and tells us that she sees almost everything in black or white. In the climate debate, that certainty on what is black and what is white is sorely needed, especially among older generations.

For everyone who reads Thunberg’s words, there are thousands who have been moved by her actions. I marched in Sydney, in the school strike of 2019, and saw firsthand the passion of the students. The school strikes are an immensely powerful global movement, for they force principals and teachers to choose: should they forbid their students marching to save their future, or keep them in the classroom learning skills needed for life in a fast-vanishing world? 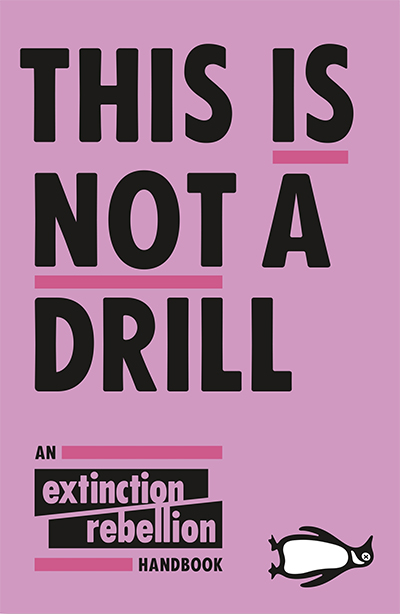 This Is Not a Drill by Extinction Rebellion

At around the same time Thunberg was forging her solitary act of defiance, a small group of people in England were creating Extinction Rebellion. This Is Not a Drill is their credo. It lists no author on its cover and consists of a compendium of contributions, none more than a few pages long that document what is at stake with climate change, how social change is brought about, and what it is like to be at the front lines of an environmental rebellion.

The book opens with Extinction Rebellion’s ‘Declaration’. A mere two pages long, it echoes earlier declarations, charters, and manifestos that have altered the course of human history. It begins, ‘This is our darkest hour. Humanity finds itself embroiled in an event unprecedented in its history, one which, unless immediately addressed, will catapult us further into the destruction of all we hold dear.’ And the rebellion knows who is to blame: ‘The wilful complicity displayed by our government has shattered meaningful democracy and cast aside the common interest in favour of short-term gain and private profit …We hereby declare the bonds of the social contract to be null and void.’

The manifesto lists only three demands: ‘to be heard, to apply informed solutions to these ecological crises and to create a national assembly by which to initiate … solutions’. The call for a national assembly, presumably by sortition, is eloquent when highlighting how low the credibility of our current so-called democratic system has fallen among younger people.

The book’s introduction, by Sam Knights, documents Extinction Rebellion’s history. It began in a small British town on 31 October 2018 and today has proliferated astonishingly, with ‘hundreds of extinction rebellions … established in countries across the globe’. The Rebellion’s most impactful moment came in April 2019, when thousands of protesters shut down, for ten days, Oxford Circus, Marble Arch, Waterloo Bridge, Piccadilly Circus and Parliament Square in London. They also blocked access to the Treasury and glued themselves to the London Stock Exchange. More than 1,000 protesters were arrested and the overstretched police force could not cope. Shortly after, senior politicians of all parties agreed to meet the Rebellion leaders, and the following day the United Kingdom became the first country to declare a climate emergency.

Chapter 14, ‘The Resistance Model’ by Roger Hallam, details how Extinction Rebellion came into being as a result of years of research and planning by academics and activists who wanted to understand why previous efforts to stop climate change had failed, and how that could be changed. They decided that peaceful disruption – what they call the ‘civil resistance model’ – offered the best hope of success. They calculated that they needed around 50,000 people, deployed in a capital city, to break the law but remain non-violent. The rebellion must last for days, they felt, and it had to be fun.

The nature writer Jay Griffiths provides a fabulous account of what it’s like to be on the front lines of the Extinction Rebellion. She locked herself on at Oxford Circus, her hand fastened with a chain inside a metal pipe. She relates that, as a writer, watching the angle grinder work a few centimeters from her right hand was disconcerting. She admits to having been ‘mightily scared of arrest’, but also records astonishing support from the police, one of whom said to her, ‘You’re standing up for something that needed to be stood up for. We all needed someone to do that. You are doing it. I totally support you.’ When she was released from prison after overnight detention, one of the police in attendance said, ‘God bless, and good luck.’

Cathy Eastburn, a fifty-one-year-old mother of two teenage daughters, had a more fraught experience. After supergluing herself to the top of a DLR train at Canary Wharf, she was denied bail and put on remand. The loss of her liberty was an unbearable physical pain, but over the weeks of her incarceration she came to feel that even prison can be meaningful – ‘a life-changing experience’.

The transformation of our society that Extinction Rebellion and other new environmental movements work to usher in is profound. They want to end the fossil fuel era before it’s too late to stop climate change, to root out the corruption and privilege that bedevil our governments, and to reverse the destruction of nature. In short, the old order is under threat from Extinction Rebellion. As governments come to terms with the rebels, we shall soon learn whether the old order is a paper tiger, or one willing to cannibalise her offspring. 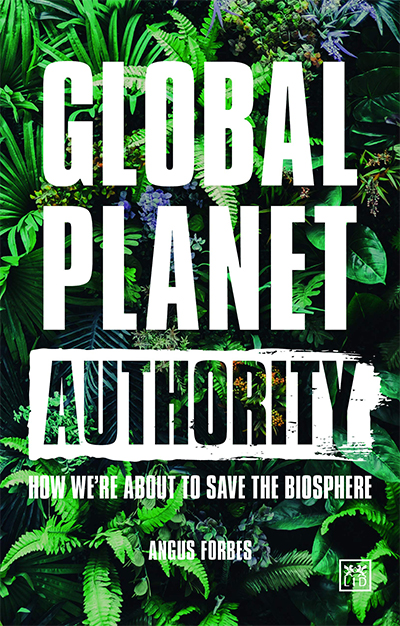 Global Planet Authority: How we’re about to save the biosphere by Angus Forbes

Angus Forbes’s Global Planet Authority: How we’re about to save the biosphere is almost quaintly old-fashioned in comparison with the works of Thunberg and Extinction Rebellion. It argues that what is needed to save the world is a transnational global planet authority that will mediate our relationship with nature. Despite the failure of the United Nations to deal with the climate crisis, Forbes feels that there is hope. He cites the Montreal Protocol on Substances that Deplete the Ozone Layer, the treaty banning Persistent Organic Pollutants, and the Paris Climate Accord as evidence that global change through supranational action can occur.

The biggest problem with Forbes’s thesis is the fact that, in every country, there are politicians who prosper from the burning of fossil fuels, the destruction of forests, or the raping of our fisheries. As recognised by Extinction Rebellion, unless we destroy their power, no Global Planet Authority can make progress on the climate issue.

Reading these books, I was sobered by the degree to which young people have become radicalised by our complacency and failure in the face of the overwhelming climate threat. Some will be the doctors, nurses, and other carers to whom we will entrust our ever more fragile bodies. In a world suffering from out-of-control climate change, will they wipe the backsides of incontinent, retired coal executives with the same exactitude they extend to those who acted, or tried to act, to stem the disaster?

Tim Flannery is one of the world’s most prominent environmentalists. In 2007 he was named ‘Australian of the Year’, arguably Australia’s highest honour. He delivered the 2002 Australia Day Address to the nation. In 2013 he founded, and is now chief councillor, of the Australian Climate Council, Australia’s largest and most successful crowdfunded organisation. His latest book is Sunlight and Seaweed: An argument for how to feed, power, and clean up the world (Text Publishing, 2017).

Tim Flannery is one of the world’s most prominent environmentalists. In 2007 he was named ‘Australian of the Year’, arguably Australia’s highest honour. He delivered the 2002 Australia Day Address to the nation. In 2013 he founded, and is now chief councillor, of the Australian Climate Council, Australia’s largest and most successful crowdfunded organisation. His latest book is Sunlight and Seaweed: An argument for how to feed, power, and clean up the world (Text Publishing, 2017).