The Australian outback has long been a muse for artists and storytellers. Australian flora – including the iconic eucalypt in its many forms – has the ability to tell a story about cultural identity and our rich history with the land. This extends to our urban landscape, with native plants common throughout our bustling city streets and parks – they can transform our metropolitan landscapes to become resilient to modern environmental challenges.

The eucalypt encapsulates these artistic, cultural, environmental functions. Eucalyptus trees serve many functions in the Australian experience, from Dreamtime to urban design, and continue to unite generations of Australians over our shared sense of cultural pride.

At a time when many Australians have little connection to country, it is now more important than ever to emphasise the cultural importance of our native plants and animals. Eucalypts have been a prominent physical resource throughout Aboriginal Australian history. Nearly all parts of the eucalypt tree – leaves, roots, bark, and wood – are used in everyday life to create medicines, adhesive resins, tools, weapons, firewood, and musical instruments. The eucalypt trees themselves create their own ecosystem, one that teems with insects and animals, providing a food source for people and animals.

Beyond these practical uses, the eucalypt serves a prominent role in Aboriginal spirituality and philosophy. For tens of thousands of years, Aboriginal groups have marked ceremonial sites by scarring and shaping ancient eucalypts with intricate swirls and symbols, or have hollowed the trunks of large eucalypts to create a birthing shelter for multiple generations. These eucalypts become a sacred and spiritual space, to which families have a deep connection. The spirits of their Dreamtime ancestors remain in these trees, as well as the animals, rocks, rivers, and mountains of today. The Dreaming is perpetual – it links the past to the present and forms a familial relationship between Aboriginal people and the land.

Much like the Dreaming, the eucalypt persists throughout our current urban landscapes, creating a subtle link between Indigenous Australian culture and our day-to-day life in metropolitan cities. Eucalypts continue to serve Australians today, particularly by addressing the modern challenges of urban heat islands and warming associated with the human-induced climate crisis.

These issues are impacting the way people live, work, and travel around urban areas. As the number of new concrete buildings increases in Australia’s major cities, so does the desire to preserve and extend our shared green spaces through ‘urban greening’, especially with native vegetation. City planners and urban designers around the world are becoming increasingly aware of the many environmental, economic, and social benefits of urban greening. This has led to a rise in initiatives aimed at installing green walls, growing green roofs, and increasing canopy coverage throughout Australian cities.

Eucalypts are one of the most commonly planted trees in urban areas, for reasons beyond the aesthetic of their flowers and their association with Australian identity. There are more than nine hundred species of eucalypts, each with its own special characteristics that make it well-suited to a large variety of Australian soils. Native species of eucalypts are extremely adaptive to a changing urban environment and require little to no fertilisers. Certain eucalypts also act as the city’s natural air conditioners, thanks to their evergreen canopy, minimising the worsening effects of urban heat islands throughout our concrete jungles. This can also help reduce energy usage throughout summer. Similarly, eucalypts are particularly effective at removing and storing carbon from the air, owing to their fast growth rate, long lifespan, and dense wood. Urban planners can use this knowledge and curate our metropolitan spaces to become adaptable to long-term changes in climate, weather, and human activity.

Like the demographic landscape of Australia, the role of the eucalyptus tree in society is continually evolving. What remains the same, however, is the eucalypt’s power to ignite a strong sense of unity and cultural connection to land. 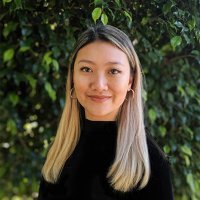