Marilyn Lake is without doubt one of the most influential historians in and of Australia in the last thirty years. ‘SIGN. US. UP’ writes Clare Corbould, one of the contributors to this festschrift, when describing the reaction of her postgraduate self and friends to seeing Lake sweep through the crowd at a history conference in the late 1990s. Backing up astute critique of others with innovative and field-shaping work of her own, Lake’s scholarship demonstrated the power of feminist analysis in the study of war, culture, and politics, then broke its early national boundaries to explore how the settler colonial world, especially Australia and North America, responded to the challenges of increasingly mobile and articulate people of Asian, Pacific, and African origin. The historian who began with Tasmania ended up taking on the world.

A festschrift works on a number of levels. Designed to honour the significance of an eminent scholar upon retirement, the essays therein also identify their authors as esteemed peers and anoint the coming generation. So it is with this collection. The senior men in the field of history in Australia are well represented. True to their disciplinary training, several of them look to Lake’s place and family of origin, and her undergraduate milieu, to locate the wellsprings of her early intellectual interests. The essays by Graeme Davison and Stephen Garton sketch Lake’s biography and the formative influences on her work, while also identifying both her points of departure and their lingering traces.

Christina Twomey is Professor of History at Monash University. Her most recent book is The Battle Within: POWs in postwar Australia (NewSouth, 2018). 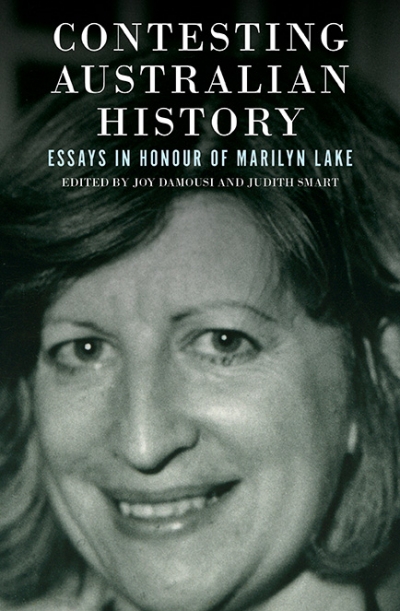 by Joy Damousi and Judith Smart