Robert Menzies: The art of politics by Troy Bramston

There have been at least half a dozen previous biographies of Robert Menzies, but Troy Bramston’s new life of Australia’s longest-serving prime minister is arguably the most attractive combination of research and readability.

Menzies was born in 1894 in the Victorian country town of Jeparit. Its population was then only two hundred, but Menzies did not have a deprived childhood. His father ran the general store and was later a member of the Victorian parliament. Menzies finished his school years at one of Melbourne’s élite institutions and then attended law school at Melbourne University where he won many academic prizes and headed a wide range of student bodies.

His university years largely coincided with those of the Great War. His two elder brothers enlisted but, under family pressure, Menzies did not. This was a far-reaching decision, given the fact that in the 1920s and 1930s there was a real gulf in Australian society between those males who had fought in the war and those who had not.

Michael Sexton SC is a graduate of the law schools of the universities of Melbourne and Virginia, and spent some years as an academic lawyer before taking up practice at the NSW Bar. Since 1998 he has been Solicitor General for New South Wales. He is co-author of the Australian text on defamation law and the author of several books on Australian politics and history. 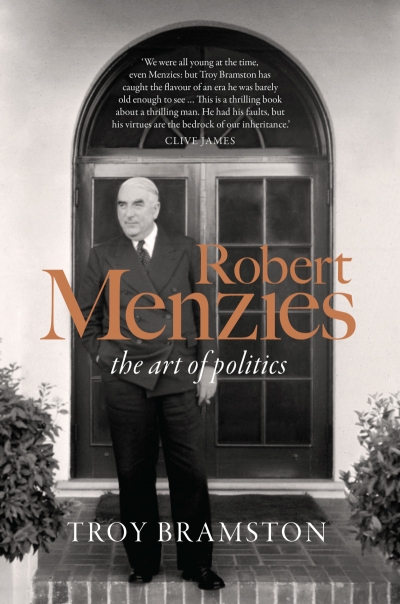 Robert Menzies: The art of politics