Eight Lives is a meticulously crafted first novel by Susan Hurley, a 2017 Peter Carey Short Story Award nominee and a medical researcher with more than thirty years’ experience in the pharmaceutical industry. It’s an intricate thriller told in a multiple first-person style by friends, family, and associates of the late Dr David Tran, all of whom feel some responsibility for his horrific death.

Tran was the ‘golden boy’: tall, handsome, hailed as a boat person who made good by becoming a brilliant surgeon, then a brilliant immunologist. Having created ‘SuperMab’, a monoclonal antibody wonder-drug he prefers to modestly call ‘Eight’, Tran teams up with wannabe venture capitalist Charlie Cunningham, heir to a business empire, who is trying to redeem himself in the eyes of his family after being conned out of millions by a dodgy software engineer. Seven months after Charlie overhypes SuperMab in a video media release, Tran is dead.

Though inspired by a disastrous medical trial in the United Kingdom in 2006, this is an original character-driven thriller. Hurley’s narrators don’t just tell their own stories and Tran’s, they describe the arcane worlds of Melbourne’s social hierarchies from very different perspectives. Tran’s sister, Natalie, his research assistant Rosa, and his vegan activist girlfriend, Abigail, come from working-class suburbs, while ‘Foxy’ Renard is a publicist for the uber-rich Cunninghams and Tran’s sponsors, the Southcotts. The narrators’ varied educational backgrounds (Miles Southcott is an MD, Rosa a PhD candidate) also allow Hurley to convey the science necessary to the plot with a minimum of jargon, and there are no lectures slowing down the pace – which really takes off about halfway through the novel, as the increasingly suspicious circumstances of Eight’s trial and Tran’s death are revealed.

Stephen Dedman is the author of five novels and more than 120 short stories published in an eclectic range of anthologies and magazines. He has taught Creative Writing at the University of Western Australia and the Forensic Science Centre, and he has reviewed crime fiction and true crime for The West Australian and other publications and worked in bookshops for more than thirty years. His most recent novel is Immunity. 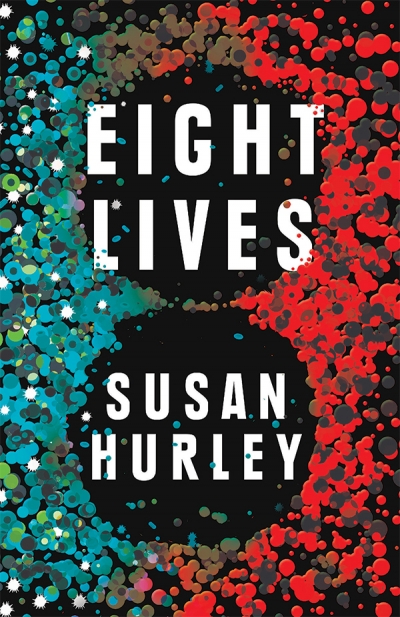