Night Parrot by Penny Olsen is more than a biography of a bird that spent most of the twentieth century successfully hiding from people. It is a historical biography of human determination and obsession, and of the ways in which this bird has acted as a catalyst for transitions between those two psychological states.

Indeed, the book itself is a product of extreme determination: the preface that acknowledges the number and diversity of sources and people consulted is extensive and impressive. The rediscovery of a live population of the Night Parrot in 2013 triggered the decision to produce the book. Much of it is apparently based on material put together for a historically focused work that was set aside. This background now serves as a slow-burning fuse to a clear challenge to the integrity of some recent observations and claims. This is a thorough, brave, and important book. Its impact has been extensive and swift.

Readers may be familiar with Dr Olsen’s similar book on the (some would add ‘supposedly’) extinct Paradise Parrot. The current book, copiously illustrated, follows much the same integration of history based on European explorers’ diaries, Indigenous information (historical and contemporary), museum specimens, letters and publications from ornithologists, and occasional police records. She also includes contemporary art works and some recent poetry by John Kinsella. Even without the renaissance of the species, this would have made an entertaining and enlightening read.

Neil Murray is an Ecological and Conservation Geneticist. He is currently an Honorary Research Fellow in the Department of Ecology, Environment and Evolution at La Trobe University. He is a member of the Recovery Teams for the Orange-bellied Parrot and the Helmeted Honeyeater, and in 1988 was appointed the first Convenor of the Scientific Advisory Committee to Victoria’s Flora and Fauna Guarantee Act. 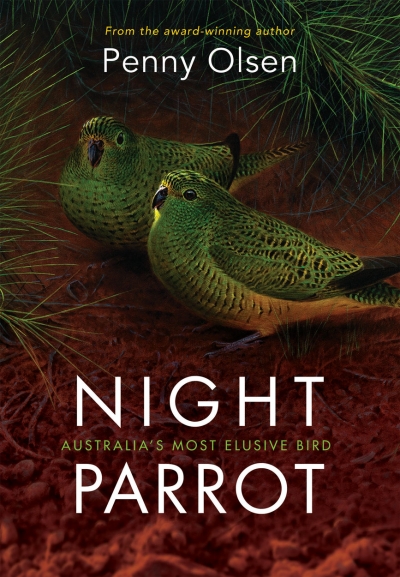