A Season on Earth by Gerald Murnane

A Season on Earth is the original version of Gerald Murnane’s second published novel, A Lifetime on Clouds, which appeared in 1976. The story behind this book’s publication is now well known, thanks to interviews Murnane has given and the author’s ‘foreword’ to this edition, where he relates how he reluctantly cut his manuscript in half to fit with Heinemann editor Edward Kynaston’s view of it as ‘a comic masterpiece’. Kynaston was probably trying to exploit the publicity surrounding Philip Roth’s Portnoy’s Complaint, which had become a cause célèbre in Australia after being initially banned in 1970 but then published after its acquittal in an obscenity trial. The ‘sin of self-abuse’ is also central to Murnane’s novel. Towards the end of A Lifetime on Clouds, rewritten by the author especially for that earlier version, central protagonist Adrian Sherd imagines Melbourne to be ‘the Masturbation capital of the world’, but then comes to realise ‘the same problem occurred in every civilized country on earth’. 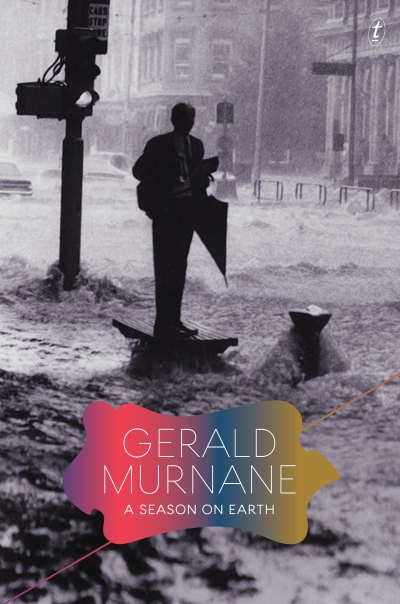 A Season on Earth