In the Closet of the Vatican: Power, homosexuality, hypocrisy by Frédéric Martel

Almost from the day Jorge Mario Bergoglio was elected Pope Francis in 2013, he began denouncing fake devotees, whited sepulchres, and hypocrites at the Vatican. His targets, as Frédéric Martel makes clear, are the high-ranking clergy who vehemently condemn homosexuality while themselves often living the most lurid form of it, with rent boys, prostitutes, and sex parties. ‘Behind rigidity,’ Francis says, ‘something always lies hidden; in many cases, a double life.’

This, Martel claims, is disquietingly common, with some eighty per cent of the College of Cardinals gay and most of them sexually active. The two popes most obsessed with crusading against homosexuality, John Paul II (1978–2005) and Benedict XVI (2005–13), were the most surrounded by prelates leading a homosexual double life. ‘Reality goes beyond fiction,’ a friar tells the author. For example, Cardinal Alfonso López Trujillo, one of the Vatican’s highest-ranked clerics, went around the world preaching so belligerently against gays that he was nicknamed ‘Coitus Interruptus’, but in the same cities he was cruising gay bars and picking up rent boys. 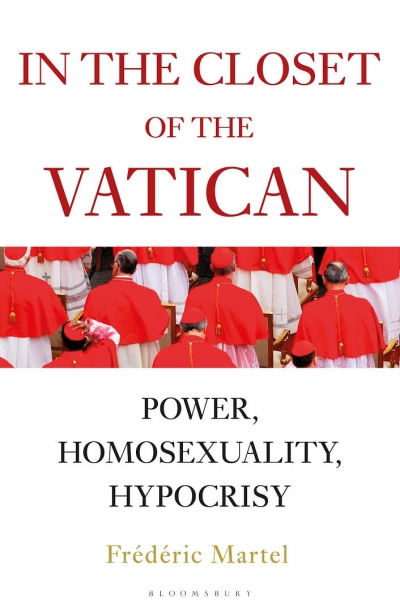 In the Closet of the Vatican: Power, homosexuality, hypocrisy