This is not a book with immediate appeal for the general reader, who is likely to be deterred by the denseness of its analysis. That is unfortunate, because its message deserves to be widely disseminated. It provides a useful account of economic history since the end of World War II, both internationally and in Australia, and ultimately offers a bespoke reform agenda.

The authors’ account begins with the 1977 analysis by the OECD of the stagflation then globally rampant. The inter-government organisation argued that the principal cause of this malaise was ‘the competing claims on resources exerted by different socio-economic groups’. According to Stephen Bell and Michael Keating, the main agents propelling such competing claims are workers, business, capital holders, voters, and community and state élites. Forty years later, the authors see those agents still making their competing claims, but now enormous power is in the hands of the wealthy; the result is the vast inequality highlighted by Thomas Picketty’s influential Capital in the Twenty-First Century (2013) and preoccupying economists and politicians alike.

Richard Walsh was founding editor of OZ and POL magazines and the weekly newspaper Nation Review. From 1972–86 he was managing director of Angus & Robertson Publishers, and from 1986–96 he headed Australian Consolidated Press. Currently he is Consultant Publisher at Allen & Unwin. He is the author of nine books; his most recent is, Reboot (MUP). 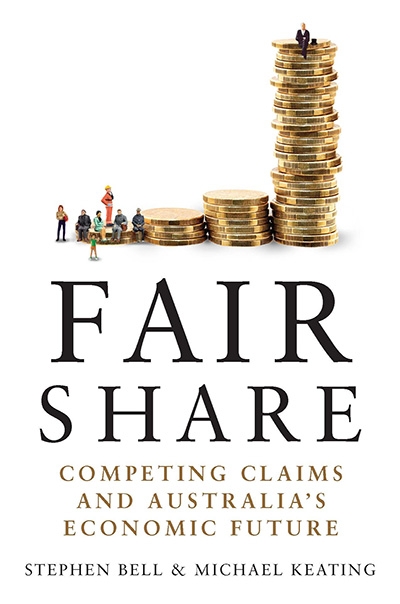 by Stephen Bell and Michael Keating