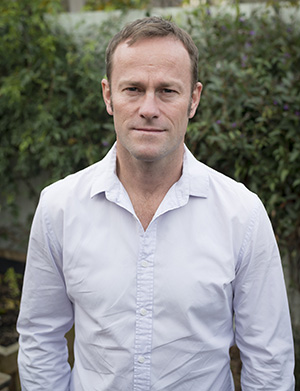 Traducing a prominent critic on the AustLit online discussion list in 1997 led to some literary-world taking of sides and, after a while, to writing for and then getting involved with Overland magazine. (I was editor from 2002 to 2007 and am pleased to be still involved, on the board.)

A Pedagogy of Place: Outdoor education for a changing world, by Mike Brown and Brian Wattchow, which has been an excellent backlist seller for Monash University Publishing in the United States and Europe.

I try not to because it can be time consuming. I enjoy editing though, am conscious from time to time that I can add quite a bit of value to a work, and so not infrequently do give in to that temptation.

If we’re talking about trade books: the ability to identify and tell a good, informative, properly researched story in their own voice. Voice is the part that tests most authors. ‘Peterfitzpatrickness’, one might call it. For scholarly books: someone familiar, even if only in spirit, with Orwell’s ‘Politics of the English Language’. Einstein was able to explain his conception of relativity in one sentence (‘Time and space and gravitation have no separate existence from matter’).

I am in publishing to make a positive difference to society, so when one feels that, with the author, we’re doing that, it’s gratifying. The greatest challenge is trying to explain why not all good books find the readership they deserve, despite marketing efforts and positive media and reviews. For some books, the time is not right.

Mostly I plan to write and then console myself I didn’t have time. Having written the odd thing, I have a greater respect for writing as a craft. As a publisher, I try not to pre-judge works written in modes or from a perspective that I don’t personally favour.

There are quite a few, here and overseas, including a number of my contemporaries. I always admired Lou Swinn and Zoe Dattner at Sleepers. I’d like to learn more about Lloyd O’Neil of Lansdowne. If I was to point to an exemplary publishing career, that was edgy but not marginal for the sake of it, and indeed popularising in its impulse ... Carmen Callil?

In large companies, the capacity of individuals to act independently can be constrained. But there is much diversity of writerly voices in the marketplace.

For me, consistently positive reviews matter most. Mostly I want to publish books that last.

People will go on writing and reading quality literature. The challenge for us – not a new one – is to organise our society in such a way that quality writing can best do its work.