No End of a Lesson: Australia’s unified national system of higher education by Stuart Macintyre, André Brett, and Gwilym Croucher

Ever since Henry VIII plundered the monasteries, relations between those in seats of power and learning have tended to be fraught, since political administrators do not take kindly to scholars thinking they know best how to run their own affairs, and vice versa. No End of a Lesson chronicles, in a relatively neutral and detached manner, events leading to the unification of Australia’s higher education institutions into a national system under the direction of John Dawkins, who was appointed Minister of Employment, Education and Training after Bob Hawke won the federal election in 1987.

Dawkins saw his mission as to make this system more efficient by consolidating colleges into larger university groupings, while aligning the research agendas of higher education more with government priorities. The rationale was to increase the rates of student participation while making universities more accountable for the public funds they were receiving. The obvious problem, though, was that such reforms meant that universities became more liable to centralised control, with Peter Karmel, then vice-chancellor of Flinders University, protesting that in ‘a free society’, universities should not become ‘an arm of government policy’. Eminent economist Max Corden, who worked in the United States during the 1990s before returning to Australia, was more graphic in his criticism, describing the Australian higher education system in 2005 as ‘Moscow on the Molonglo’. 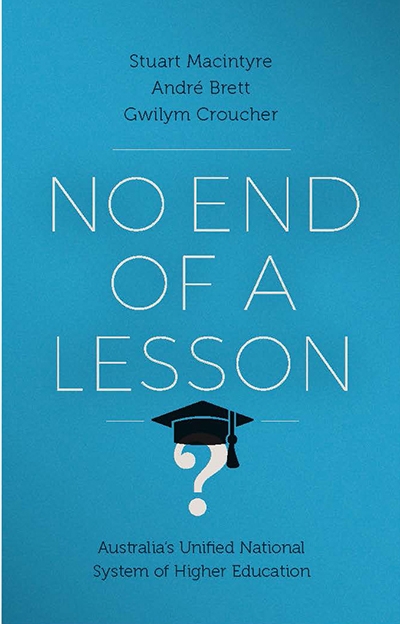