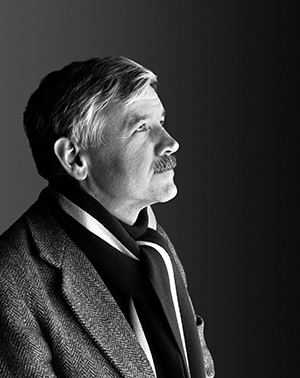 Peter Corrigan (photograph by John Gollings, image courtesy of Matthew Corrigan)Readers of ABR – and our contributors in particular – appreciate how much cultural philanthropy has transformed this magazine in recent years. Generous donations from well over two hundred ABR Patrons have enabled us to diversify our programs, broaden our content, and pay writers much better than we were able to do in the past.

Recently, the magazine received its most generous bequest to date from Melbourne architect and theatre designer Peter Corrigan AM – a long-time reader of ABR. After studying at Yale University in 1969 and working for Philip Johnson and others in New Haven, he returned to Australia in 1974 and created the architectural pratice Edmond and Corrigan with his wife, Maggie Edmond. He taught at RMIT University for more than thirty years and was a Professor of Architecture. (RMIT Building 8 is one of his most celebrated creations.)

The 2017 Arts issue of ABR is dedicated to the memory of Peter Corrigan. It carries reviews of books on music, theatre, art and architecture, plus our annual survey of some of the arts highlights of the year as nominated by a range of arts critics and professionals. (Books of the Year follows in December.) 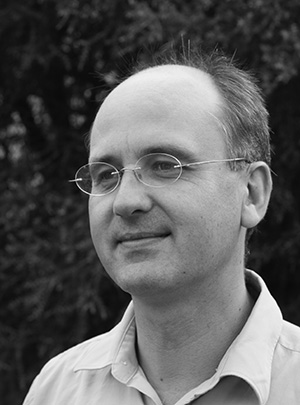 John HawkeJohn Hawke – poet, critic, and academic – is our new poetry editor. John is a Senior Lecturer, specialising in poetry, in the Department of English at Monash University. His poetry collection, Aurelia, won the 2015 Anne Elder Award. He has edited two anthologies of Australian poetry. With Ann Vickery, he co-edited an anthology of critical essays, Poetry and the Trace (2013).

In addition to the States of Poetry national anthology project and the Peter Porter Poetry Prize, ABR publishes two or three new poems in each issue. We pay $400 per poem. Poets wishing to be considered should direct their submissions to This email address is being protected from spambots. You need JavaScript enabled to view it..

Next year marks the fortieth anniversary of the second series of ABR. (The first series ran from 1961 to 1974, mostly as a monthly, latterly as a quarterly.) Since June 1978, ABR has appeared ten times each year. The April 2018 issue will be the 400th in the current series.

To celebrate this milestone, we look forward to announcing a range of new programs and initiatives throughout the year – beginning with the ABR Fortieth Birthday Fellowship, worth $10,000. The Fellowship is funded by the ABR Patrons.

This Fellowship is different from previous ABR Fellowships, including Elisabeth Holdsworth’s ABR RAFT Fellowship essay on Progressive Judaism, which appears in this issue. The Fellowship is not themed, and we are not looking for a single, lengthy essay. Rather, we seek proposals from Australian critics, commentators, and scholars for four substantial contributions to the magazine – review essays, commentaries, and/or interviews – to be published in 2018. All our ABR Fellows enjoy a very special status at the magazine, and this suite of fortieth-birthday contributions will be a highlight of our publishing year.

Full information about the new Fellowship appears on our website. As always, those interested in applying are encouraged to sound out the Editor, Peter Rose (This email address is being protected from spambots. You need JavaScript enabled to view it.) beforehand.

Applications close on 31 December 2017. The Fellow will be named in February.

The commendations keep coming for previous ABR Prize winners. Jennifer Down and Josephine Rowe are among six Australian writers shortlisted for the 2017 Voss Literary Prize. Jennifer Down, who won the Jolley Prize in 2014, has been shortlisted for her novel Our Magic Hour (Text Publishing, 2016), and Josephine Rowe, who won the Jolley in 2016, has been shortlisted for A Loving, Faithful Animal (UQP, 2016). Other shortlisted writers include Mark O’Flynn for The Last Days of Ava Langdon, Zoë Morrison for Music and Freedom, Toni Jordan for Our Tiny, Useless Hearts, and Jack Cox for Dodge Rose. The winner will be announced on 1 December 2017 at the annual meeting of the Australian University Heads of English. 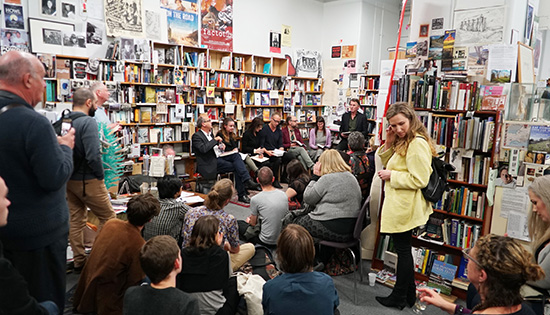 Few contemporary poets have generated such reverence (or antagonism) as John Ashbery, who died in September 2017. The sceptics were not represented when a large audience gathered at Melbourne’s famous (and precious) Collected Works Bookshop to hear eight poets read from the work of this formidable poet, whose publishing career lasted for sixty years, culminating in 2016 with the Commotion of the Birds: New Poems. The readers were Judith Bishop, David Dick, Michael Farrell, John Hawke, Kris Hemensley, Peter Rose, Gig Ryan, and Ann Vickery.

The Literature Program of MALBA, the Museum of Latin American Art in Buenos Aires, offers five-week residencies to writers from abroad, in the form of airfare, a studio apartment in the city, and a small stipend. Applicants should have at least two published books behind them. A record of publication in Spanish translation will be an advantage. Further information can be found here.

Applications are now open for the 2018 Hazel Rowley Literary Fellowship (worth up to $15,000). The Fellowship commemorates the work of distinguished biographer Hazel Rowley, author of acclaimed biographies of Christina Stead, Richard Wright, and the Roosevelts. The Fellowship is intended to support Australian writers of biography and writers working on an aspect of cultural or social history. Past Fellows include Maxine Beneba Clarke (2014), whose memoir The Hate Race was reviewed by Catherine Noske in our October 2016 issue, Caroline Baum (2015), Matthew Lamb (2016), and Ann-Marie Priest (2017).

The Fellowship may be used to fund research or travel, to develop a new proposal, or to prepare a manuscript for submission to potential publishers. More information about the Fellowship can be found by visiting www.hazelrowley.com. Writers have until 5pm on Monday 16 November to apply, at www.writersvictoria.org.au. 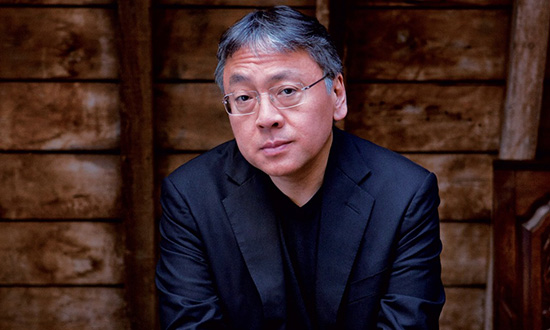 The University of East Anglia must be cock-a-hoop. New Nobel Prize Laureate Kazuo Ishiguro completed his Masters in Creative Writing there in 1980. Two years later he published his first novel. There have been only seven novels in those thirty-five years. Not everyone knows the two early Japanese novels, A Pale View of Hills (1982) and An Artist of the Floating World (1986), but they are as good as anything Ishiguro has produced. Then came the uncanny The Remains of the Day (1989). Doug Wallen reviewed his latest novel, The Buried Giant, for us (April, 2015).

Many new and renewing subscribers have already taken up our regular end-of-year special offer. You have until 31 December to give a friend a six-month subscription to ABR (print or online). You can qualify for this special offer by renewing your current ABR subscription – even before it is due to lapse. Why not introduce a young reader or writer to ABR?

All you have to do is contact us on (03) 9699 8822 or This email address is being protected from spambots. You need JavaScript enabled to view it. (quoting your subscriber number please). We will contact the nominated recipient (thus we will need the recipient’s email address). Please note that online-only subscribers are entitled to direct online subscriptions. Terms and conditions apply.