Radio Astronomer: John Bolton and a new window on the universe by Peter Robertson

What shocks me, as I consider this important new book, is how completely John Bolton has disappeared from the public mind. Just consider, he pioneered extragalactic radio astronomy, built two superb radio telescopes, was worthy of a Nobel Prize, hired or mentored a generation of top scientists – and was played by Sam Neill in the film The Dish (2000). Neill’s character was not called Bolton in the Working Dog movie, but co-producer Jane Kennedy and co-writer and director Rob Sitch ensured that Neill saw plenty of photographs of the Parkes director and knew of his firm but enterprising leadership style.

I remember Bolton as a thrillingly informal Yorkshireman – no nonsense, foot up on a gate post as he rolled yet another slim cigarette, recounting yarns of staggering achievement or woeful mishap. His store was inexhaustible. ‘You know what happened with Apollo 13?’ he asked me, lighting another fag. ‘They had the front of the rocket bolted to the floor in the shed at NASA and someone lifted it with a crane. Without undoing the bolts fixing it to the floor! About eleven systems in the module got broken. They fixed all but two.’ It was the temperature control for one of the tanks that went wonky on the flight. ‘Houston, we have a problem!’ There was an explosion. As we saw in the film starring Tom Hanks, it was a combination of brilliant calculation to change the course home plus true grit that got the crew safely back to Earth. But it was Bolton’s casual indiscretion telling the story that has always stayed with me.

Robyn Williams has presented The Science Show on ABC Radio National since 1975. His last book was Future Perfect (2007) and, before that, Unintelligent Design (2006). He is a visiting professor at several universities. 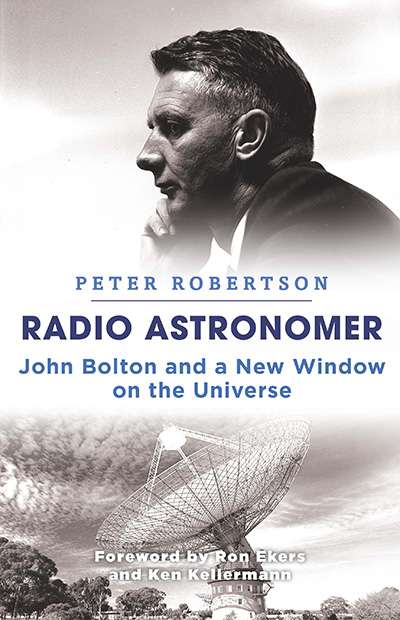 Radio Astronomer: John Bolton and a new window on the universe