Jewish Anzacs: Jews in the Australian military by Mark Dapin

Towards the end of this handsome work, Mark Dapin makes the following observation: ‘There are many more holocaust memoirs written by Jews who emigrated from Europe to Australia than there are personal histories of Australian-born or raised Jewish soldiers. Everywhere in the world the Jewish story is focussed on persecution – the plight of refugees; the unspeakable horrors of the death camps – followed by redemption in the form of the foundation of the State of Israel in 1948. In Australia ... there is another history: that of a diaspora community that fought the Axis powers with courage, strength and a large measure of military skill.’ A military skill, Dapin suggests, that was in evidence from the very foundation of the colony of New South Wales.

Among the convicts who arrived on the First Fleet was a ‘Hebrew’ thief called Esther Abrahams and her infant daughter. Esther formed an alliance with Lieutenant George Johnston of the Royal Marines ‘while on the water’. In 1790 the couple had a son, Robert. At thirteen, Robert Johnston became the first native of New South Wales to join the Royal Navy. He saw action at Montevideo, Corunna, Cadiz and Chesapeake Bay. Back home, his father led the Rum Corps rebellion of 1808 replacing Governor Bligh to become lieutenant-governor, and the former convict Esther Abrahams became first lady. Robert rose to the rank of Commander of the Royal Navy in 1865, the same year John Monash was born in Melbourne.

Elisabeth Holdsworth won the inaugural Calibre Essay Prize in 2007 for her essay ‘An Die Nachgeborenen: For Those Who Come After’. She was born in the Netherlands and migrated to Australia with her parents in 1959. Educated in Melbourne, she had a long career in the Department of Defence. Her most recent novel is Those Who Come After (Picador, 2011). Her ABR Raft Fellowship essay ‘If This Is a Jew’ was published in November 2017. 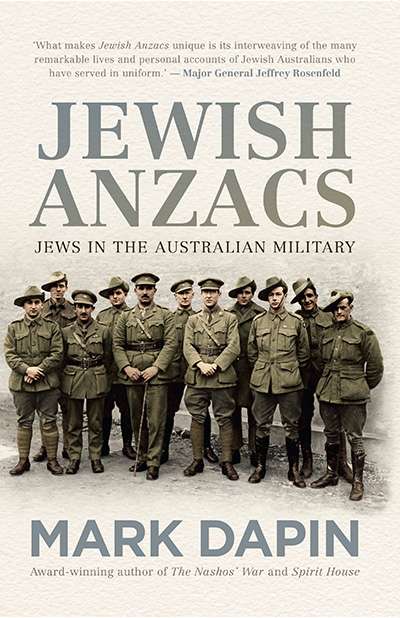