The American President: From Teddy Roosevelt to Bill Clinton by William E. Leuchtenburg

The president of the United States looms large in contemporary politics, a powerful figure dominating news and popular culture: from newly elected president Donald Trump bestriding (or, depending on your political leanings, besmirching) the world stage, to Kevin Spacey as the Machiavellian Frank Underwood in House of Cards. For the modern observer, it is difficult to imagine an era in which the US president was not a significant global figure. The transformation of the president across the course of the twentieth century is a fascinating narrative, one that is well documented in William E. Leuchtenburg’s The American President: From Theodore Roosevelt to Bill Clinton. Leuchtenburg has devoted a lifetime to chronicling the presidency, most notably a series of works on Franklin Delano Roosevelt that remain set texts for understanding the transformation of executive power in the first half of the twentieth century. The American President represents a rigorous and highly readable capstone to a remarkable academic career.

Leuchtenburg begins with the transfer of power from the assassinated William McKinley to Vice President Theodore Roosevelt in 1901. McKinley’s re-election campaign in 1900 had a number of important firsts, including the use of filmed footage of the president as part of promotional efforts. But the addition of Roosevelt to the ticket, in an attempt by Republican powerbrokers to sideline him from his reforming governorship of New York, made the greatest mark on the future of the presidency. Influential GOP insider Mark Hanna was furious, stating: ‘What is the matter with all of you? Don’t any of you realize that there’s only one heartbeat between that damn cowboy and the presidency?’ McKinley’s death at the hands of anarchist Leon Czolgosz showed Hanna’s warning to be prophetic. Roosevelt, who switched easily between rough-riding frontier cowboy and the New York aristocrat, captivated not just the United States but the world: the first president who was a media personality as much as a political leader. He possessed, as one contemporary put it, a ‘singular primitive quality that belongs to ultimate matter – the quality that medieval theology ascribed to God – he was pure act’. Roosevelt’s willingness to use the government to intervene in the domestic sphere, particularly regarding regulation of the trusts and monopolies of the robber barons, heralded a major shift in both the perception and the reality of what the federal government and the president could do. In the foreign sphere, his peace deal between Russia and Japan in 1907 led to him being the only sitting US president until Barack Obama to win the Nobel Peace Prize. But Roosevelt’s desire to make the United States a global power sowed the seeds of later US foreign policy, best exemplified in the decision he made in 1907, without consulting Congress, to dispatch the Great White Fleet around the world, a stunning display of US naval might. The idea of the United States as a global power broker continued into the presidency of Woodrow Wilson, whose idealistic attempts to form a more integrated global community were shattered on the rocks of an obstinate Senate. 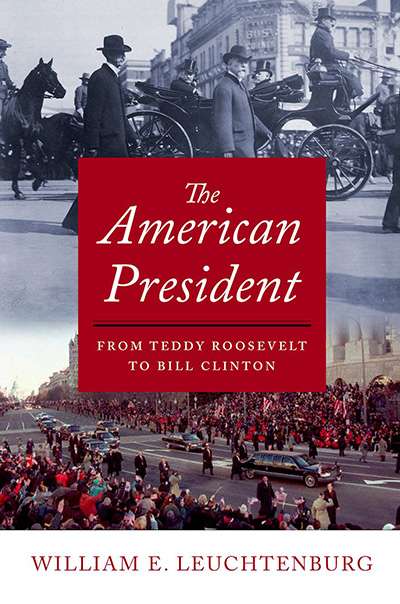