Les Parisiennes: How the women of Paris lived, loved, and died in the 1940s by Anne Sebba

The eminent French historian Annette Wieviorka, in The Era of the Witness (1998, English version in 2006), analyses the difficulties arising, in writing historical narratives about recent times, from the exponential growth in the number of people wanting their stories to be heard. Wieviorka, whose field of specialisation is the Shoah, traces the trend of what she calls the ‘democratisation’ of history back to the Eichmann trial of 1960, following it through other celebrated war crimes trials such as those of Klaus Barbie, Paul Touvier, and Maurice Papon. Her historiographical point is that, while eyewitness testimony is crucially valuable, it poses inevitable and serious problems in terms of its historical reliability; and when it reaches the volume represented by, say, the Yale University Fortunoff Video Archives or the Spielberg Visual History Archives, the task of any single historian mastering the accumulated data becomes simply impossible.

Anne Sebba, in this book whose title pushes every button a literary publicist could possibly desire, has not, despite her own historical training, taken these issues into account. The result is an untidy, frustrating mixture of historical surfing, thoughtfully recounted and pertinent stories, and journalistic gossip. There can be no doubting the author’s passion, nor the work that she has devoted to her project. She draws on a huge range of sources. There are reputable existing historical accounts, including that of Hanna Diamond, whose Women and the Second World War in France 1939–1948: Choices and constraints (1999) has very much the same perspective and time frame as Sebba’s. There are diaries, letters, memoirs, newspaper reports, internet sites, interviews conducted by the author, and, more rarely, actual archival materials. Such variety is not in itself a problem: what is missing is the critical distance and the careful cross-checking necessary to mould such materials into a consistent, historically convincing overview. 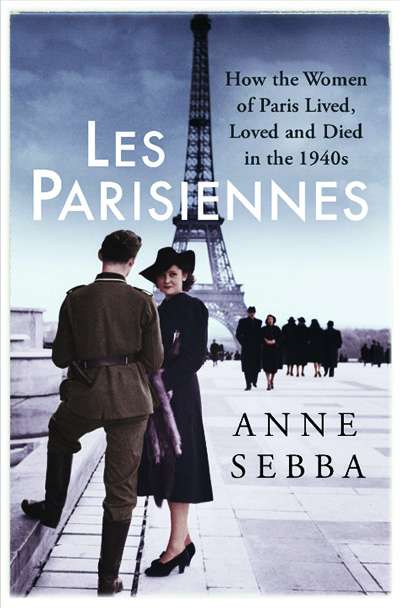 Les Parisiennes: How the women of Paris lived, loved, and died in the 1940s