The Turnbull Gamble by Wayne Errington and Peter van Onselen

After he crossed the Rubicon, Julius Caesar marched on Rome and imposed an authoritarian rule that would alter history. The way in which Australia embraced Malcolm Turnbull’s overthrow of Prime Minister Tony Abbott in September 2015 suggests that some may have harboured similar hopes, on a slightly less grand scale, for the twenty-ninth prime minister. On the first anniversary of the coup, Wayne Errington and Peter van Onselen, public intellectuals and professors of politics both, have released a book titled The Turnbull Gamble in which they gauge what emulating the Rudd–Gillard–Rudd débâcle rendered unto the Liberal Party.

Instead of Caesar, Errington and van Onselen trace a parallel between Turnbull, wandering amid the ‘wreckage’ of the July 2016 federal election, and another aggressor against Rome: King Pyrrhus of Epirus. Like Pyrrhus against the Romans, Turnbull’s electoral victory over Labor was so costly as to invite defeat. The Turnbull Gamble analyses the two ‘political gambles’ that led to this impasse; first, the decision by a majority of the Liberal Party to make Turnbull prime minister; second, the new regime’s gambit to inflict a mid-year, ten-week double dissolution election on the nation. Turnbull as leader and the election he risked are, inexplicably, treated separately, bifurcating the first and second halves of the book into two related yet disunited theses.

Lucas Grainger-Brown is a Melbourne-based writer and former management consultant to the federal government. He is currently completing PhD student and tutor at The University of Melbourne, focusing on national identity and globalisation in the Howard era. He has written for numerous journals and news media and has authored two novellas, a short story collection, and the novel Cleopatra's Daughter (2016). 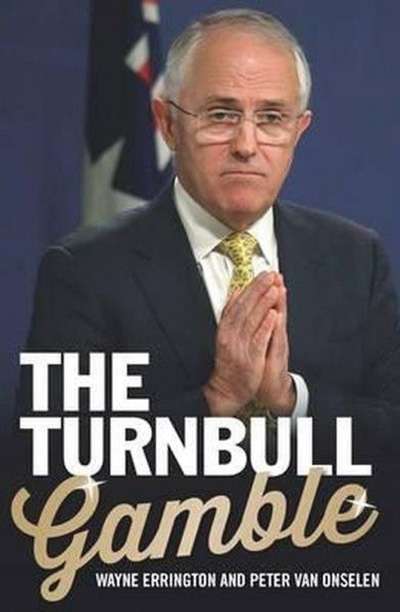