Samuel Watts on the unnaming of Moreland City Council 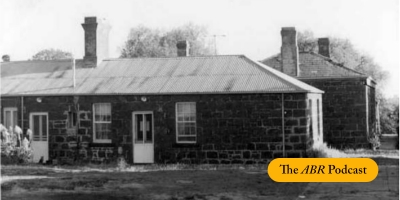 Melbourne’s Moreland City Council recently agreed to adopt a new name, after petitioning by Wurundjeri Woi-wurrung community leaders and prominent local non-Indigenous representatives. The petitioners argued that the name ‘Moreland’, adopted in 1839 by Scottish settler Farquhar McCrae, derived from a Jamaican slave plantation. Renaming the council was an opportunity to bring about greater awareness of both the global legacies of enslavement and the history of Indigenous dispossession. In this week’s episode, Samuel Watts reflects on the politics of memorialisation and its impact on public conceptions of history.

On 19 November 2021, a delegation of Wurundjeri Woi-wurrung community leaders and prominent local non-Indigenous representatives presented a letter to Moreland City Council, in the inner-northern suburbs of Melbourne, asking that the Council be renamed. As the petitioners pointed out, Moreland – a name given to parts of the area in 1839 by Scottish settler Farquhar McCrae and then adopted by the local Council in 1994 – was the name of a Jamaican slave plantation to which McCrae’s family had a connection. 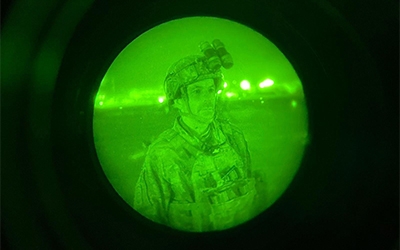 When the last C-17 cargo plane left the Hamid Karzai International Airport on 30 August with the remaining US soldiers and diplomats, America’s longest war officially came to a close. The swift return of the Taliban was a deeply distressing and tragic end to a war whose close, nevertheless, came partly as a relief. The inevitable question as to what lessons America – more particularly, its military and federal government – has learnt or should learn was followed by substantial criticism of President Joe Biden’s handling of the withdrawal and dire predictions for the future of American power and prestige abroad. The process of confronting uncomfortable realities and debating the meaning of such an event is both natural and necessary, yet the history of previous American conflicts overseas tells us that the period of actual reckoning will be brief and few lessons may be learnt.

The Age of Acrimony: How Americans fought to fix their democracy, 1865–1915 by Jon Grinspan 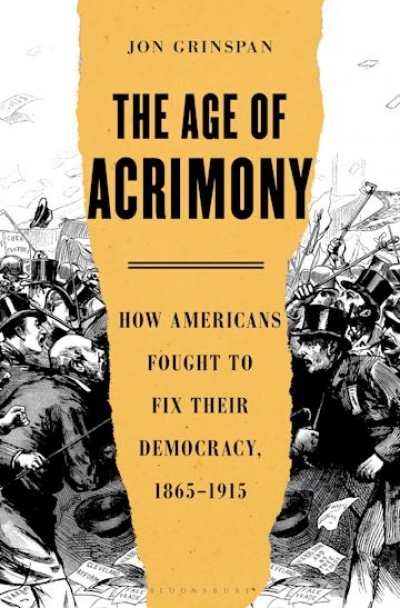 William Darrah Kelley – a Republican congressman from Philadelphia – stood at the front of a stage in Mobile, Alabama, watching as a group of men pushed and shoved their way through the audience towards him. It was May 1867, Radical Reconstruction was underway, and Southern cities like Mobile were just beginning a revolutionary expansion and contraction of racial equality and democracy. The Reconstruction Acts, passed by Congress that year, granted formerly enslaved men the right to vote and to run for office in the former Confederate states. Northern Republicans streamed into cities across the South in 1867, speaking to both Black and white, to the inspired and hostile – registering Black voters and strengthening the already strong links between African Americans and the party. 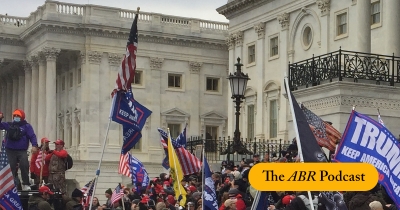 The events of January 6 shocked the world. In this episode of the ABR Podcast Samuel Watts reads his article 'This Is America' and offers a historical perspective. As Watts notes, 'To view the assault on the US Capitol as the climax of a dramatic, but brief, period of authoritarianism in the US is a potentially dangerous mistake. This attack was just the latest iteration in a long-lasting tradition of anti-democratic, white supremacist violence that has plagued the Republic since, at least, the Civil War.'

Samuel Watts’s article ‘This Is America’ is one of a series of commentaries funded by the Copyright Agency’s Cultural Fund. 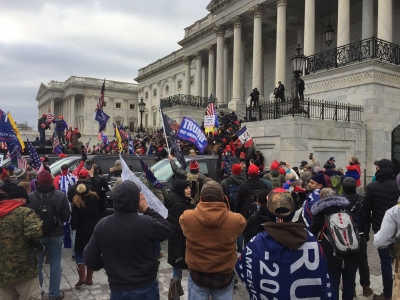 On the morning of 6 January 2021, President Donald Trump addressed a crowd of his supporters outside the White House for more than an hour. The president urged protesters who had already begun gathering along the National Mall to go to the Capitol Building where both houses of Congress were about to start the process of certifying the results of the electoral college, formalising Joe Biden’s victory in the November 2020 election. The election had been stolen, Trump told them: it was time for them to take it back and march on Congress: ‘You will never take back our country with weakness,’ said the president.

The Fire Is Upon Us: James Baldwin, William F. Buckley Jr., and the debate over race in America by Nicholas Buccola 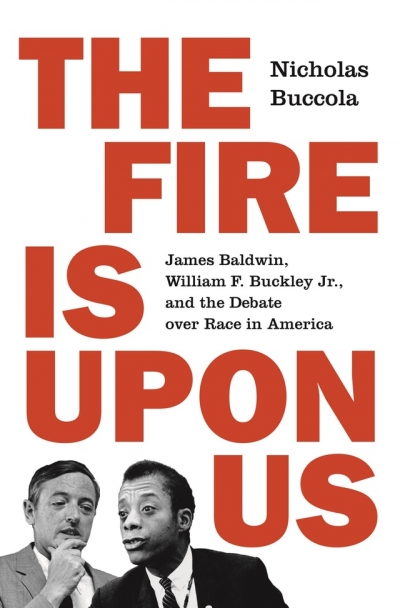 Rising to the lectern amid a tightly packed crowd in the Cambridge Union’s debating hall, James Baldwin began quietly and slowly to speak. ‘I find myself, not for the first time, in the position of a kind of Jeremiah.’ It was February 1965, and Baldwin was in the United Kingdom to promote his third novel, Another Country (1962). Baldwin’s British publicist had asked the Union if they would host the author. Peter Fullerton, the Union’s president, was quick to seize this opportunity, on one condition: that Baldwin participate in a debate.

The Impeachers: The trial of Andrew Johnson and the dream of a just nation by Brenda Wineapple 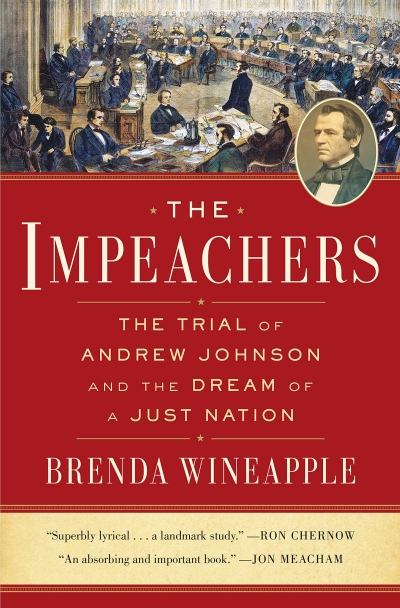 Andrew Johnson’s first day in the White House was less than promising. Whether, as his supporters claimed, he was suffering from illness and had attempted to self-medicate or had simply been celebrating his new position as vice president, Johnson was devastatingly drunk. It was 3 March 1865, the Civil War was rapidly drawing to a close, and the recently re-elected President Lincoln was to deliver his second inaugural address. In prose that would eventually be inscribed across the walls of his marble memorial, Lincoln reflected on God, war, and the emerging challenge of how to rehabilitate a divided Union. The vice president’s words that day were barely decipherable and after prostrating himself before a Bible and subjecting it to a long wet kiss, he was quickly ushered away.