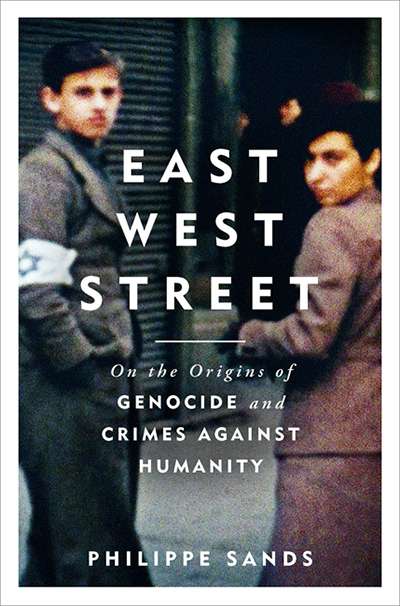 East West Street: On the Origins of Genocide and Crimes against Humanity

Philippe Sands, a barrister and Professor of International Law at University College London, brings together in this multi-faceted book the perpetrators of the worst crime yet devised by man and pits them against two lawyers who were instrumental in providing the legal underpinning for their conviction. This is no dry legal tome: the story Sands tells is intensely moving and a personal family memoir about his maternal grandfather, Leon Buchholz, and his wife, Rita.

The story centres around Lviv, a city which changed hands eight times between 1914 and 1945. When it was a part of the Austro-Hungarian Empire, it was known as Lemberg. After 1918 it became part of Poland and was renamed Lwów. Later, when conquered by the Soviets, it was known as Lvov. During World War II Germans occupied the city. Finally, after 1945 it became part of Ukraine and reverted to Lviv.

East West Street: On the Origins of Genocide and Crimes against Humanity