Money Changes Everything: How Finance Made Civilization Possible by William N. Goetzmann

Given the damage done to the global economy by the finance industry this century, and the apparent determination of its major players to keep on doing it, this would seem a rather ill-chosen time to produce a book singing its praises. Justification lies in the fact that the work is a tour de force of historical scholarship. Goetzmann offers an extraordinarily wide-ranging and thorough investigation of financial activity from earliest times to the present day, and his enthusiasm for the subject and his lively writing style make the topic much more engaging than one might expect. The immense breadth of his research means that every reader, no matter how expert in history or finance, will learn much. How many ancient historians, for instance, would have known that the Code of Hammurabi set different interest rates for silver and barley, or that the financing of the Ur basket trade prefigured Athenian maritime loans, or that seventy per cent of industrial lead pollution in the northern hemisphere between 366 BCE and 36 CE came from the Rio Tinto mines in Iberia, or that China made contracts on bamboo that was then split so that precise matching could not be forged? 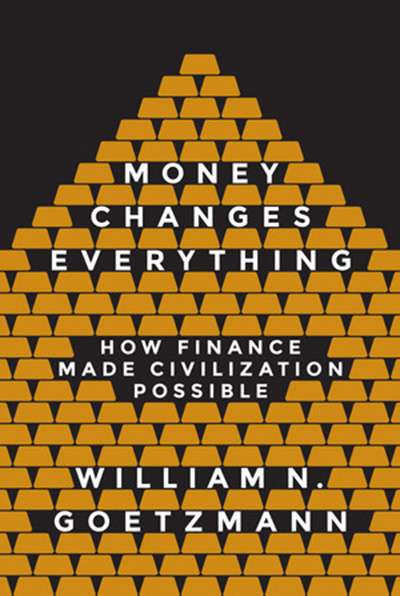 Money Changes Everything: How Finance Made Civilization Possible