The last love song: A biography of Joan Didion by Tracy Daugherty

For many young writers, Julian Wasser's 1968 Time magazine photograph of Joan Didion posed in front of her yellow Corvette remains the epitome of cool. This has less to do with the car and the cigarette than the challenging gaze that seems to say, 'I'd rather be writing.'

Didion's work continues to deliver news to us as readers and instruct us as writers. In essay collections such as Slouching Towards Bethlehem (1968), The White Album (1979), and Political Fictions (2001), and in her novels Play It as It Lays (1970) and A Book of Common Prayer (1977), she captures all the longings of people (or characters) and the place and era they inhabit. Didion didn't just write about her subjects, whether they were John Wayne, Haight-Ashbury, or the candidates in the 1988 Republican and Democrat National Conventions. As the filmmaker Cameron Crowe notes about Didion's essay 'The White Album', in which (among other things) she observes a recording session of The Doors, '[It] ended up being about life in California, the weather, and existence. I thought, "I get it! This is big picture stuff!"' Or, in biographer Tracy Daugherty's words, Didion's essay on John Wayne reads like 'an elegy not just for an individual but for an era'. 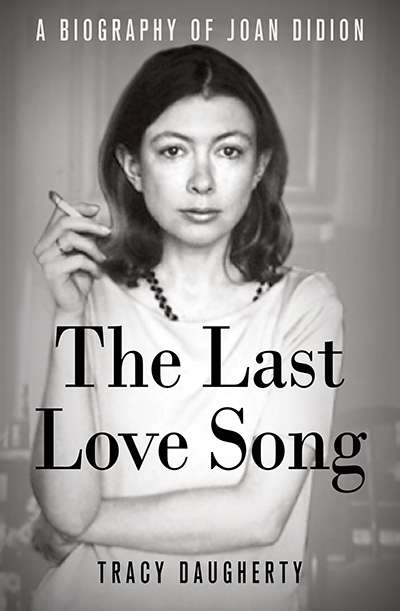 The last love song: A biography of Joan Didion