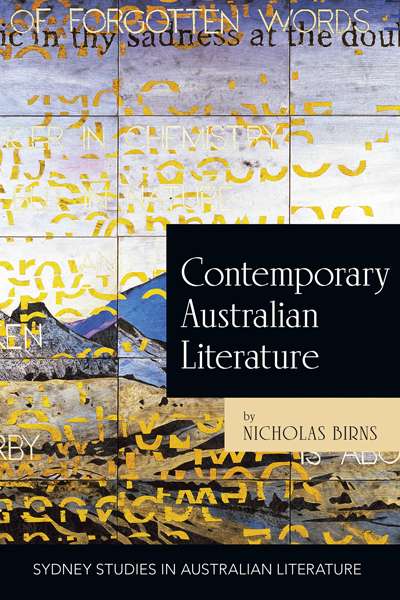 From time to time, Australian literature has been fortunate enough to attract the enthusiasm of international critics, from C. Hartley Grattan in the 1920s to Paul Giles, who compared Australian and American literature in his scholarly Antipodean America (2013). Nicholas Birns, a New York academic, tells us that he first encountered Australian writing back in the 1980s and has been a member of the American Association of Australasian Literary Studies since then, including a long period as editor of its journal, Antipodes. In 2014 he spent six months in Australia, reading widely and talking to writers and critics. His resulting study of contemporary Australian literature is more the record of a personal encounter with Australian writing than a scholarly reference book.

The subtitle may be disconcerting: 'A World Not Yet Dead' implies a world that is soon to be dead, possibly already moribund. But the implication is intended to go the other way, as a comment on the deadness of prevailing values outside literature. Birns frames his discussion as a critique of neo-liberalism, a term not much used in Australia, perhaps because liberalism has such a range of meanings and ambiguities. He suggests that it is a synonym for what Australians call economic rationalism – simply put, the valuing of all human effort in terms of money and profit, success and failure. It is a surprise to read literary criticism that invokes Thomas Piketty on the growing inequality in the world, but that is part of the idiosyncratic and personal nature of this book. Birns argues that writing – particularly contemporary Australian writing – is one of the last bulwarks against neo-liberal dominance. Imaginative writing, exemplified by the fiction and poetry he discusses, offers ways to 'conceive life differently than merely valuing one another by our financial conditions'.