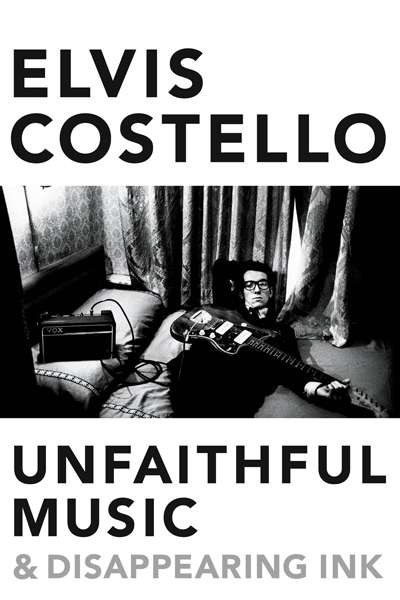 'Oh, I just don't know where to begin,' opens 'Accidents Will Happen', one of the best pop songs of Elvis Costello's four-decade recording career. The English songwriter (born Declan MacManus) has no such trouble with his generously sized memoir, which details the creation of so much of his work. 'A lot of pop music has come out of people failing to copy their model and accidentally creating something new,' he writes, and while he brags about being good at 'covering his tracks' when borrowing from others, he unabashedly uncovers them here.

Costello started out as an awkward presence; the cover of his first album, My Aim Is True (1977), presented him as a gangly wallflower brandishing a guitar. In one of many self-deprecating asides, he describes his early music as 'fidgety' but Costello's talent was clear even then. That first album yielded the enduring ballad 'Alison', while 'Less Than Zero' would later provide the title of Bret Easton Ellis's first novel. Costello was already spiking his modern-sounding tunes with more timeless influences like American soul and country as well as pop standards.

In England he started out on the DIY post-punk label Stiff Records, but benefited from interest in both English pubrock and radio-friendly New Wave pop. He toured continuously and released his next eight albums within a year of each other, winning critical acclaim while appealing to wider audiences with breakout tracks like 'Pump It Up' (still a staple of sporting events today) and the characteristically sharp-tongued, Northern Ireland-inspired 'Oliver's Army'.