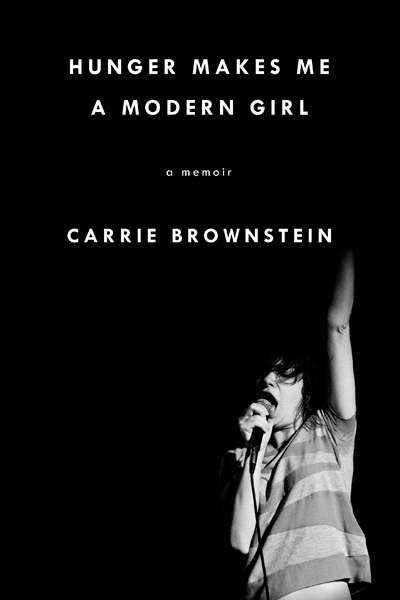 Hunger Makes Me a Modern Girl

Sleater-Kinney, an American rock trio, are closely associated with the cities of Olympia and Portland, in the Pacific Northwest. In the mid-1990s, when Sleater-Kinney formed, the region was home to a thriving, if somewhat puritan, independent music scene, one in which participants prided themselves on their distance – both geographic and cultural – from the mainstream. The scene was politicised and enquiring; at live shows, house parties, and in self-published zines, this punk rock community held an ongoing dialogue with itself. 'We operated as if in a constant seminar,' writes Carrie Brownstein, one of Sleater-Kinney's two founding members.

As Brownstein recalls in her memoir, Hunger Makes Me a Modern Girl, Sleater-Kinney began not in the United States, but in Australia. In 1994, at the age of nineteen, Brownstein and her fellow guitarist and vocalist Corin Tucker flew to Sydney, intending to start a band. They had little money, but they were rich in a sense of youthful adventure; one that led, notes Brownstein dryly, to 'frequent errors in judgement and manners'. Sleater-Kinney played their first shows in Sydney before the duo decamped to Melbourne, where they acquired a drummer, Laura MacFarlane, and recorded their first album inside a garage.

Hunger Makes Me a Modern Girl