Sinatra: The Chairman by James Kaplan

Just in time for the Frank Sinatra centenary – 12 December should be a gazetted public holiday – comes the thumping second part of James Kaplan's monumental biography. Taken together, Volume I – Frank: The Voice (2010, 786 pages) – and its behemoth successor, Sinatra: The Chairman (979 pages), comprise a formidable and scrupulously detailed account of the rise, fall, and resurrection of Saint Francis of Occhi Azzurri.

As the song goes, that's life; and Sinatra's life, from 1954 to his death in 1998, was one lived in full. But Volume II is a bit of a slog. By the time I reached the end of this positively Wagnerian tome – admittedly, more ring-a-ding-ding than Der Ring, but still unsparing of its subject's flaws – it took more than two fingers of Jack Daniel's to bring me round. More of this later.

It has been five years between volumes, and how fitting to divide such a labyrinthine, conflicted life between them. In effect, Kaplan has been dealing with two Sinatras. For proof, look no further than the pictures on the respective covers. Frank: The Voice is the rapier-slender model: fedora-topped, scrawny neck poking out of an unbuttoned shirt collar with tie askew, head cocked to the right, carefree expression. Sinatra: The Chairman shows the darker side: no longer the boy singer, but someone more worldly-worn, though clearly executive material in his charcoal jacket, striped shirt, and button-down collar securing a narrow black tie. He is hatless (toupée presumably fixed firmly in place) and looking down to the right with a serious, almost perturbed expression. 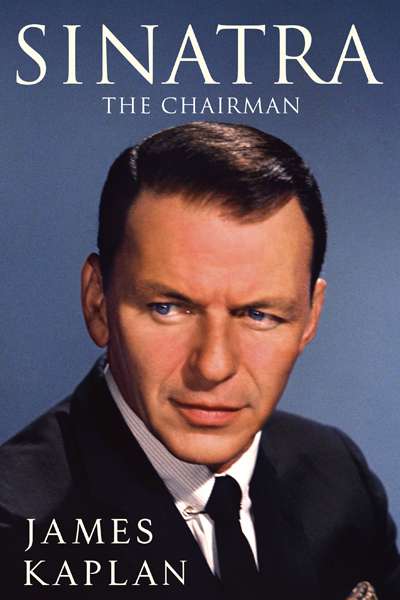