This New Noise: The Extraordinary Birth and troubled life of the BBC by Charlotte Higgins

In 1922 John Reith was appointed general manager of the British Broadcasting Company. Reith was the son of a Glasgow Free Presbyterian Minister. Trained not at university but as an engineer and badly wounded during World War I, Reith was a virtual unknown, with no media experience. By his own admission he didn't even know what broadcasting was, but that was no problem: nobody else knew what it was either. He was always confident that he would somehow come to do great things. He was right. The choice turned out to be a triumph. Over the next sixteen years, Reith was to develop and deliver one of the world's great ideas, public broadcasting, in the form of what became the BBC.

This New Noise was originally commissioned by the Guardian as a series of long essays on the BBC. The paper commissioned its chief culture writer, Charlotte Higgins, 'to try to deepen the debate about the BBC which had been shrill and bad-tempered'. This was another boon for the BBC: Higgins, too, was an inspired choice. She has achieved what the BBC has done every day for almost ninety years: enriched public discussion. Now the essays have become a book.

At almost 300 pages of very entertaining reading, This New Noise covers many of the decisive moments in the BBC's history, introduces many of the key players, and consistently hints at the immense changes which public broadcasting faces in the rapidly evolving world of digital media. Almost all of these mirror the experience of the ABC: unsurprising, since the ABC was founded on the same principles that Reith and his early colleagues devised. That is why this book is so important to Australia: it provides invaluable background for policy-making on the challenges that are radically altering the role or presence of public broadcasting in this country. 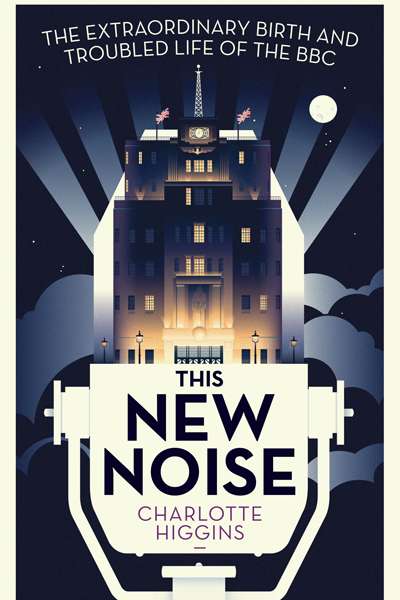