Penguin and the Lane Brothers: The Untold Story of a Publishing Revolution by Stuart Kells

Penguin is synonymous with publishing: a firm of vast influence and market share, whose ‘Classics’ imprint essentially arbitrates the modern canon. The founding myth goes something like this: Allen Lane, eccentric genius and publisher, was standing on a railway platform after a weekend with his chum, Agatha Christie. In want of a decent, cheap read, he visited a platform bookshop and found the selection lacking. From this came the brainwave for a publishing revolution: quality writing, in paperback, at an accessible price.

It is a rosy anecdote, perpetuated by Penguin. According to Stuart Kells, however, the story is bunk. Kells’s new book, Penguin and the Lane Brothers, is a revisionist early history of the firm via a biography of its founding brothers – Allen, Richard, and John. Kells persuasively corrects the imbalance in the extant biographies and histories, which focus on Allen, and presents the neglected but vital contribution of his younger siblings.

Kells begins in boyhood. Growing up in a happy, eccentric household, Allen and Richard developed a strong bond as they explored woods carpeted in bluebells and collected ‘wild rooks’ eggs’. In their teens, the brothers forged disparate paths that would, ultimately, lead them towards creating the great publishing house. ‘Uncle John’ Lane, Oscar Wilde’s publisher and owner of The Bodley Head, needed an heir. Instead of bookish Richard, Uncle John chose Allen (who was more interested in the neighbours’ daughters). While Allen built a reputation in London as a dapper, hard-partying publisher, Richard went to South Australia as an apprentice fruit farmer. After a sea-crossing amongst ‘violent drunks, men held in irons’, Richard began a hard life on the land – living in a hessian lean-to next to the shit-bucket (‘At night, he could hear the rustling of maggots’), and working a ‘snake-infested’ farm for a brutal master. Later, he set up a car service, driving passengers through ‘unmarked and unsignposted tracks in the wild sand and scrub’. Richard pined for books and culture, and the absence of the same in 1920s rural Australia made him realise that ‘I am far more interested in books than rams’. 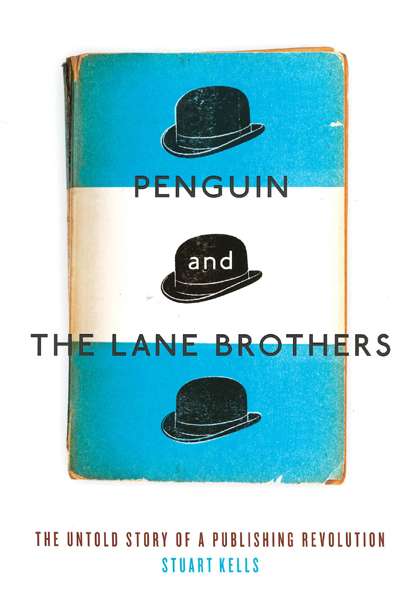