Charles Bean is now seen as one of the classiest journalists and historians Australia has produced. Like many talented historians, he had no prior training in his craft, except as a war correspondent during World War I, when he wrote in the face of daily and nightly dangers such as most war journalists no longer have to confront.

I have the strong impression that when I first tried to be a historian, Bean’s national ranking – outside military circles – was not so high. In the history schools of the nation, the two world wars were not yet in favour. Maybe they were too recent. It would be interesting to learn whether Bean in his lifetime was prescribed reading for any history courses in Australia. As a rule, the wartime politicians were studied, academically, more than the generals, and Billy Hughes more than John Monash. 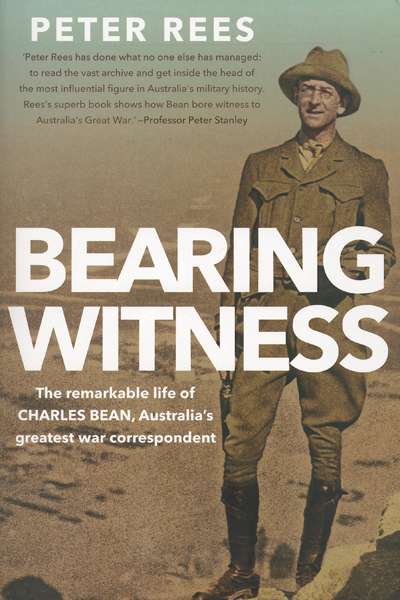